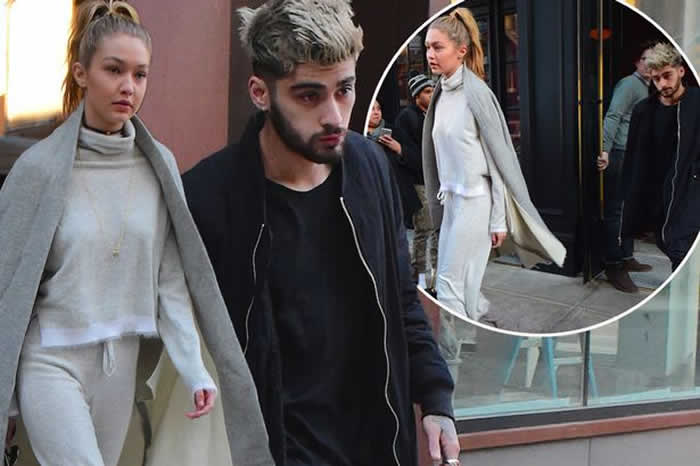 Zayn Malik and Gigi Hadid have sparked fresh romance rumours after they were snapped apartment hunting together.

According to reports, the pair were snapped browsing places to rent in a SoHo neighborhood in New York this week. However a source confirmed to E! News they have no plans to move in together just yet, and they were simply looking aorund. 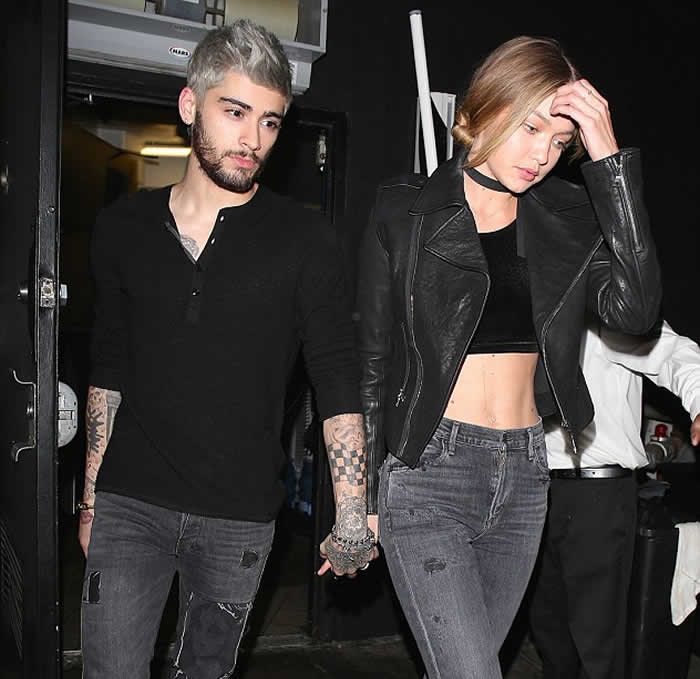 Gigi looked as stylish as ever as she wore a white polo-neck and long boots, wearing her hair tied back and adding minimal make-up.  Meanwhile Zayn opted for a longer dark coat and jeans, showing off his long bleached blonde locks and failing to flash a smile. A rep for Zayn declined to comment when contacted by Mirror Celeb.

The pair have been fuelling romance rumours in recent weeks, as they share photo after photo of each other. Smitten Gigi Hadid was recently pictured wearing Zayn’s Bradford City top, as she shared the snap to Twitter and instantly captured the attention of the club. 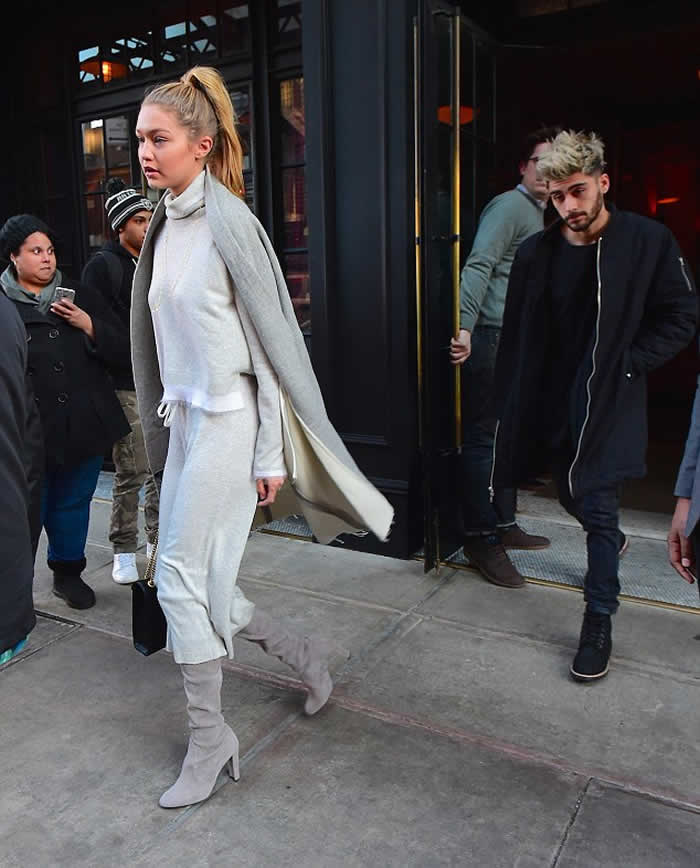 It’s the first indication the pair are officially dating after they shared a loved-up selfie which appeared to confirm their romance two weeks ago. Victoria’s Secret model Gigi shared the picture alongside the caption:

“When you try to be the local alarm clock cause you wanna do activities,” tagging her sister Bella Hadid. Gigi and Zayn, branded ‘Zigi’ by fans, have been spotted out on a string of dates over the last month, most recently holding hands as they left the Nice Guy nightclub.

The romance appears to have started quite soon after Gigi’s split from boyfriend Joe Jonas at the start of November, and while it’s still new, insiders have claimed it’s moving fast.  “Zayn and Gigi hit it off when they met at Kylie Jenner’s 18th birthday party in August but Gigi was still seeing Joe then,” a source told Closer Magazine.

“They’ve been seeing each other for a few weeks and both seem to be besotted.” Zayn – who split from fiancée Perrie Edwards in July after three years together – was attacked at the time for allegedly breaking off the engagement over the phone. 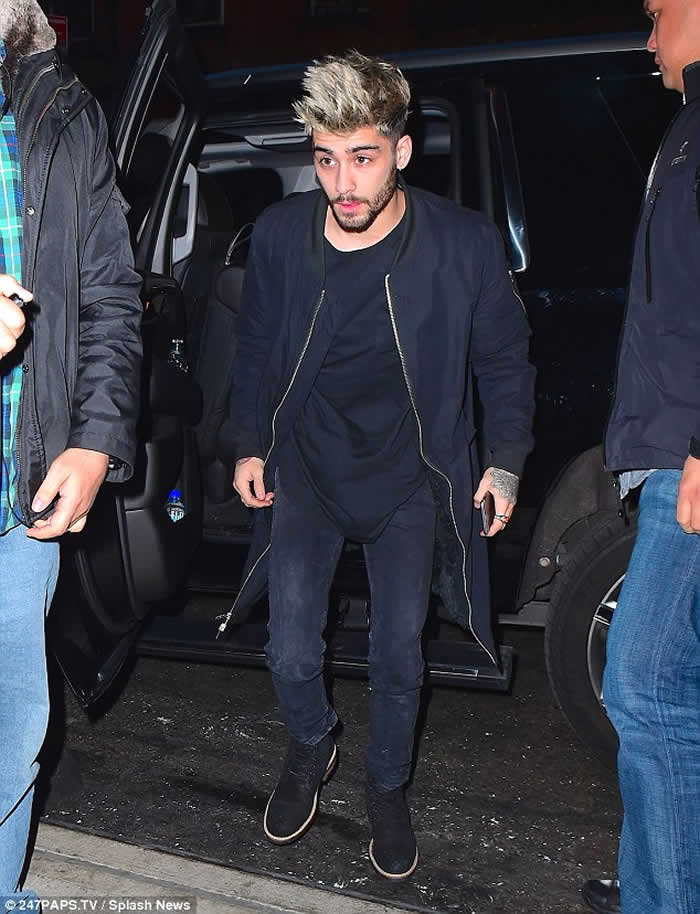 According to the source, the Brit hunk was worried his bad boy image could put off the supermodel and is desperate to convince Gigi that he’s no heartbreaker.

“Zayn wants to win Gigi’s trust. He’s talked about his break-up with Perrie and been open about his relationship history,” they said. The insider said: “I wouldn’t call them boyfriend and girlfriend. But seeing each other? Definitely. He’s chuffed.” 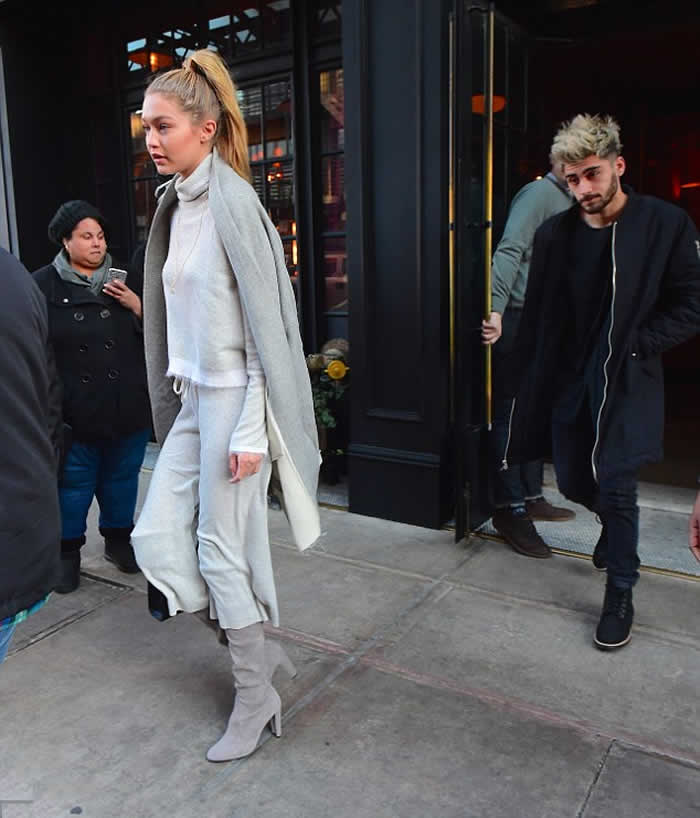 7 Best Jeans for Men This Season