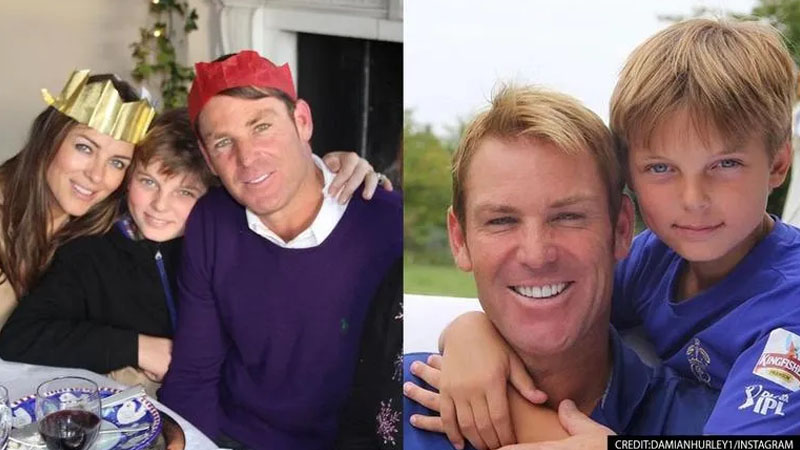 “I feel like the sun has gone behind a cloud forever. RIP my beloved Lionheart,” Hurley captioned a series of photographs of her and Warne on Instagram.

Hurley and Warne were seen kissing on the beach, visiting numerous events together, and smiling for a selfie in the images.

Warne, who was largely considered as one of cricket’s best players, tacticians, and ultimate competitors, died at the age of 52.

Warne died of a suspected heart attack in Koh Samui, Thailand, according to a family statement released early Saturday by Fox Sports television, where he worked as a commentator.

“Shane was found unresponsive in his villa and despite the best efforts of medical staff, he could not be revived,” the statement said.

As per People, cricket Australia described Warne as “a true cricketing genius.”

“Shane’s strength of character and enormous resilience saw him bounce back from career-threatening finger and shoulder injuries, and his stamina and his sheer will to win, and his self-belief were key factors in Australia’s great side of the late 1990s and early 2000s.”

When Warne failed to arrive for dinner, a friend staying at the same complex went to check on him and discovered him unconscious at the villa, according to Thai police. Warne was brought to Thai International Hospital by ambulance but was unable to be revived. An autopsy was performed on his body at Ko Samui Hospital.

When Warne retired in 2007 following his 145th match, he held the record for most test wickets (708). Only Muttiah Muralitharan of Sri Lanka has passed him, with an 800.

Hurley and Warne had previously been engaged, but the relationship ended in 2013.

“I have been saddened beyond belief that my ex Steve is no longer with us. It is a terrible end. Our time together was happy and I’m posting these pictures because although we went through some tough times, it’s the good, wonderful memories of a sweet, kind man that matter,” Hurley wrote in a tribute in 2020.

Hurley was formerly linked to Hugh Grant, a British actor. Before becoming engaged to Warne, she married and divorced Arun Nayar, an Indian textile heir.

The actress has previously stated that she is friendly with her exes.

“All of my boyfriends, husbands, and fiancés have been my best friends, so it’s a terrible gap they leave,” she explained. “I think that’s when you learn the importance of having other sources of comfort, fun, and intimacy. You feel cozy with people that have been your best friends for 30 years, but occasionally you’ll meet someone who you click with — it’s important to keep yourself open to that.”

In an interview, Warne previously stated that the years he dated Hurley were “the happiest of my life.”

The Queen will leave Buckingham Palace and move to Windsor

Justin Bieber ‘Too Needy’ for Selena