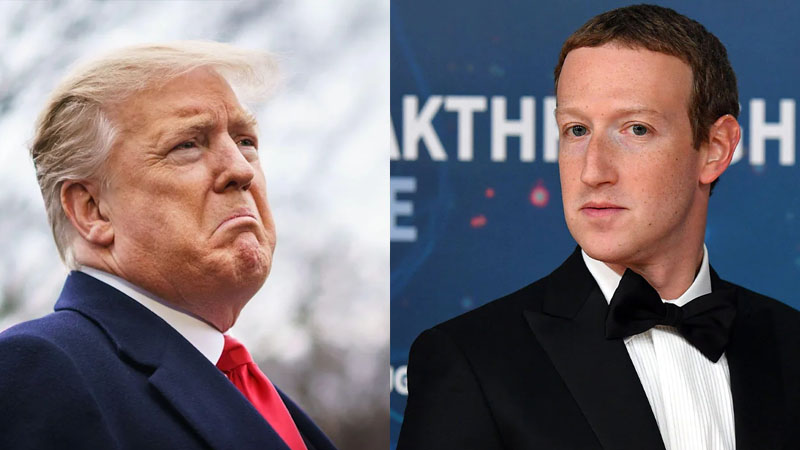 Only a week after “Rigged” revealed Meta CEO Mark Zuckerberg’s plot to sway the 2020 election in favor of Democrat Joe Biden, the nonprofit that facilitated the majority of his donations announced new plans for this year’s midterm elections, NIGERIAPENNG reports.

Get “Rigged” here for $4.99 right now if you want to see the film that may have scared Zuckerberg and his wife, Priscilla Chan, enough to stay out of the next elections.

The Center for Tech and Civic Life, according to ABC News, stated Monday that it will not distribute money for this year’s midterm elections as it did for the 2020 cycle.

Citizens United President David Bossie admitted to Fox News’s Sean Hannity that the great majority of the donations CTCL facilitated came from Zuckerberg and were given to heavily Democratic areas.

“The Chan-Zuckerberg initiative funded the Center for Tech and Civic Life,” Bossie said. “OK, so they gave $327 million to that organization, and that’s a 501(c)(3).

“And that organization filed their IRS 990s, their tax returns. So we went through them, and in there … 160 of those grants accounted for $272 million. And 92 percent, 92 percent of that $272 million went to Biden counties.”

Only a week after Bossie and Citizens United Productions published the new film “Rigged,” which exposes Zuckerberg’s scam, the center announced that it will not be giving any more grants.

On Monday, CTCL introduced a new project dubbed the United States Alliance for Election Excellence. According to Ussanews, it will spend $80 million over the next five years to “create a network for the nation’s thousands of local election officials.”

The announcement does not alleviate all of the center’s worries. It has already campaigned for Democrats under the idea of improving elections, so there is no guarantee that this new effort will be any different.

With that said, the announcement ensures CTCL will not be using outside money to directly influence local election efforts, and that is a massive win for any American who wishes for fair and honest elections.

“Rigged” reveals Zuckerberg’s unethical tactics in helping Biden during the 2020 election, and that could be a reason why he won’t repeat the stunt this year. It’s out now, and you can get your hands on a copy right now.

In addition, a spokesman for Zuckerberg and Chan made a statement that represents a significant victory for Americans who value freedom.

“As Mark and Priscilla made clear previously, their election infrastructure donation to help ensure that Americans could vote during the height of the pandemic was a one-time donation given the unprecedented nature of the crisis,” spokesman Ben LaBolt said.

“They have no plans to repeat that donation,” he said.

“Somewhere along the line, the evidence is showing that there may very well have been a bait and switch,” Gableman said in the film.

“The bait was to keep citizens safe from COVID, but then it switched — it may very well have switched — to a partisan ‘get out the vote’ effort on behalf of Joe Biden for the purpose of defeating Donald Trump,” he said.

In any event, this year’s elections will be far more credible due to the absence of Zuckerberg’s shady funding.

“Rigged” reveals how Zuckerberg tipped the election in favor of Democrats in 2020. Get a digital copy of “Rigged” for $4.99 or a DVD and digital bundle for $19.99 here if you want to see the damning evidence.

Poll Suggests 6 In 10 Americans Think Trump Should Be Charged For Capitol Riots and Believe That Jan. 6 Committee Has Performed “Fair and Impartial” Inquiry