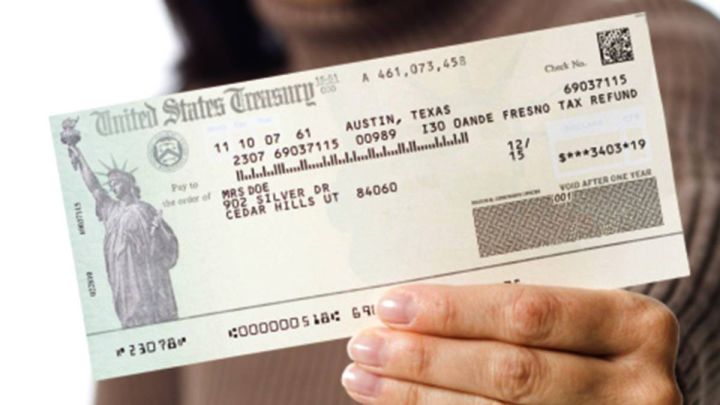 Democrats accused then-President Donald Trump in the early days of the pandemic of not doing enough to allow people to stay home from work. “Flatten the curve,” as the phrase of the month went, and even centrist Democrats found their inner democratic socialist, if only for a short time.

They argued for regular monthly payments to Americans and other pro-labor, pro-working-class programs at the time. Now, even the Biden administration couldn’t agree on whether the government should send everyone high-quality N95 masks. (To their credit, they ultimately decided it was a good idea.)

In May 2020, now-Vice President Kamala Harris joined Senators Bernie Sanders and Ed Markey in calling for monthly $2,000 payments to Americans earning less than $120,000 per year. Their plan also included additional funds for parents. Senators Ron Wyden and Michael Bennet introduced ambitious legislation a year later that would have overhauled unemployment insurance assistance across the country.

That rhetoric is no longer present, despite the fact that most public health indicators are worse now than at any other time during the pandemic. Some lawmakers are reportedly discussing another round of stimulus spending for restaurant and gym owners, who are particularly vulnerable to the COVID-induced economic slowdown. However, these talks appear to have stalled, and it is worth noting that the economic aid would be given to business owners rather than workers.

According to the limited information available about these talks, the Biden administration appears to be strongly hostile to the idea of renewing direct payments to Americans rather than routing any future aid through employers. “[T]he economy is booming, there are millions of open jobs, and we do not believe people should be sitting at home if they are vaccinated and boosted, as most adults are,” a senior Biden official told CNN earlier this month. “So we are not going to write checks to incentivize people to sit at home.” (A recent Change.org petition calling for recurring direct payments has gathered more than 3 million signatures.)

True, President Joe Biden signed the American Rescue Plan in March 2021, a $1.9 trillion spending bill that included one-time checks of $1,400 for most Americans. Ten Senate Democrats called at the time that the Biden administration makes direct payments permanent for the duration of the pandemic. Increased allotments for food stamps and rental assistance for low-income families were also part of the plan.

Perhaps most importantly, the act restructured the child tax credit so that parents received monthly checks of $250 or $300 per child instead of having to wait until they received their tax returns to access the money. In December, the child tax credit, arguably one of the most important anti-poverty programs in a generation, expired. Joe Manchin, a Democrat, joined all Senate Republicans in opposing the program’s extension.

Federal unemployment benefits will be carried out in September 2021, as conservatives in both parties argue that the increased payments are incentivizing workers not to look for work. According to a Wall Street Journal analysis, studies at the time showed that states that ended federal assistance had roughly the same job growth as states that stayed in the program.

“Economists who have conducted their own analyses of the government data say the rates of job growth in states that ended and states that maintained the benefits are, from a statistical perspective, about the same,” the WSJ reported.

As Biden enters his second year in office, Democrats have made it clear that additional government funding will not be forthcoming, despite rising COVID caseloads as a result of the emergence of the Omicron variant in December. More than 142,000 COVID patients are expected to be hospitalized in the United States this week, breaking the nation’s pandemic hospitalization record. Experts warn that number could more than double, potentially reaching 300,000 or more by the end of January.

People can’t afford to stay home because there won’t be another round of survival checks or unemployment boosts, even though it would help slow the spread and relieve pressure on hospitals and urgent care clinics. Though it’s difficult to get a complete picture of how many employers are forcing COVID-positive workers back into work, every day brings new evidence that the practice is becoming more normalized and widespread.

The trend is especially concerning in hospitals, at least some of which appear to be recommending doctors and nurses continue to work regardless of their COVID status. A New Jersey nurse was recently told to come in “despite concerns that she had contracted Covid-19,” according to Politico.

The same report also found that “[h]ealth care workers around the country have reported that they are being called into work even if they suspect they are infectious.” The Centers for Disease Control and Prevention (CDC) issued new guidelines in December that allow health care providers to return to work after five days, rather than ten, even if tests are negative. In Rhode Island, a hospital invited five COVID-positive, asymptomatic employees to work. Days later, the facility reported an outbreak, though a spokesperson claimed the increase in cases was unrelated.

According to the newsletter Popular Information, Red Lobster workers have been forced to work while sick, either out of financial necessity or under pressure from management, in what is almost certainly a microcosm of the private sector as a whole. One employee claimed he received “threats” from management after asking to be excused from work due to COVID symptoms.

Some New York City teachers have also been forced back into the classroom despite testing positive for COVID. Restaurant workers have been expected to work while sick or injured for years, a trend that hasn’t stopped during the pandemic.

Despite all of the talk about “The Great Resignation,” or working people quitting their jobs in search of better-paying jobs, the reality is that the working class in the United States is still struggling to make ends meet. Early COVID federal assistance programs reduced poverty in the United States and enabled many families to save for the first time.

By the end of 2021, many families’ so-called “excess savings” had evaporated. According to one particularly bleak recent study, 14% of survey respondents who worked at supermarket giant Kroger observed homelessness in the past year.

Now, the entire political establishment has agreed that little, if any, extra help will be forthcoming. Renters in New York State are facing an eviction moratorium that is about to expire. Jen Psaki, White House Press Secretary, spoke out against the Chicago Teachers Union’s demands for a safer workplace.

The CDC’s Director, Rochelle Walensky, downplayed the risks faced by Omicron, saying it was “encouraging news” that people who died from the variant had at least four comorbidities.

Direct, predictable payments could solve this, but at this point, it’s as unlikely as the pandemic ever-ending under the present political conditions.