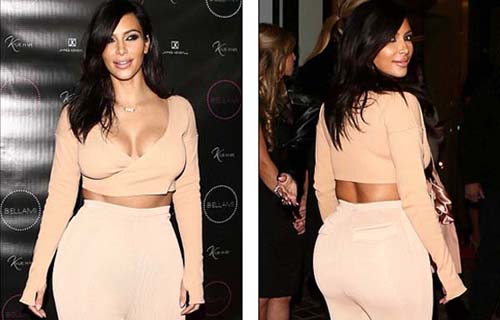 Kim Kardashian beams with pride as she poses in plunging top after THAT fully nude shoot. @KimKardashian dropped jaws with her oil-slicked, full frontal shots for Paper Magazine. 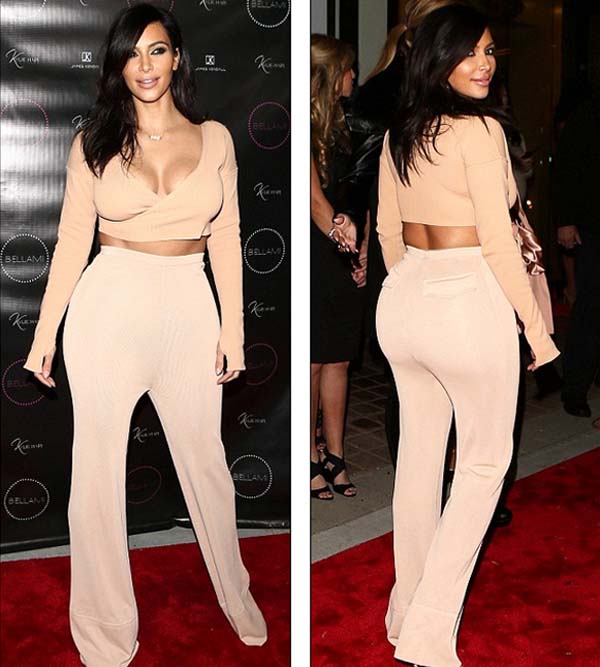 The 34-year-old reality star bore a similar confidence as she strutted her infamous figure to the Bellami event promoting Kylie Hair Kouture in West Hollywood on Thursday with sisters Khloe Kardashian and Kylie Jenner. Kim posed nonchalantly in a very low-cut, cream crop top that showed off her ample cleavage and her toned midriff. She clothed the rest of her in a pair of loosely fitted, high-waist white trousers that touched the floor and allowed glimpses of her well-heeled feet.
[contentblock id=2 img=adsense.png] 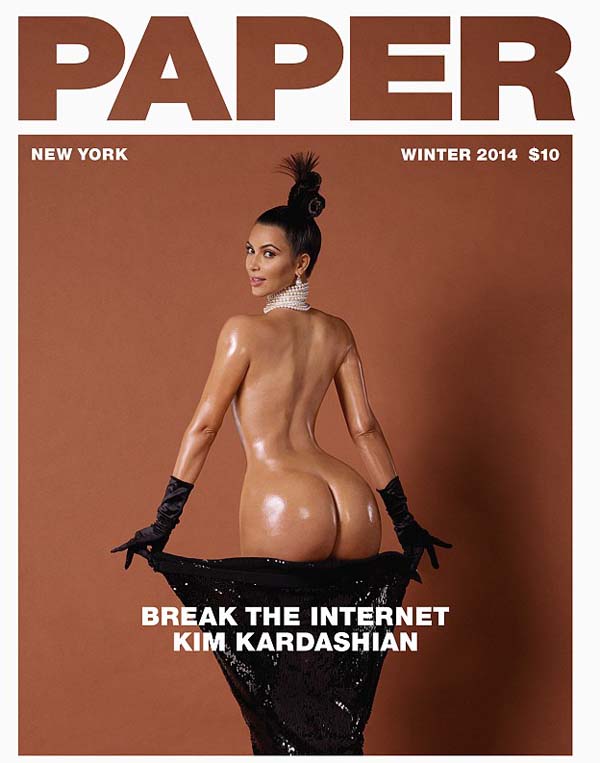 Kim pranced and almost smirked with glee, tossing her long dark hair over one shoulder. Sisters Khloe, 30, and Kylie, 17, arrived together to the bash, which took place at the James Kendall Salon. While Khloe opted for skintight black trousers, sheer top and leather jacket and boots, her younger sibling chose a tiny black top and pencil skirt that highlighted her very long green locks. 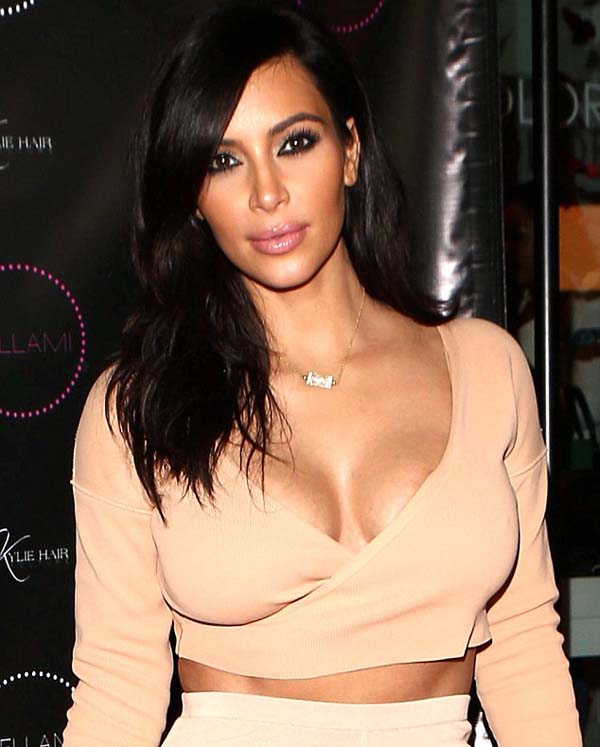 Earlier this week, Mrs. Kanye West shocked the nation and ‘broke the internet’ by posing totally nude for photographer Jean-Paul Goude. On Wednesday afternoon two new risqué full frontal nude photos from the shoot with Goude were published courtesy of Paper magazine. The images, which MailOnline has censored, make no attempt at discretion as the naked Kim faces the camera front on, grinning happily. And if anyone wondered if Kim had to be talked into posing for the naked shot, they can think again. 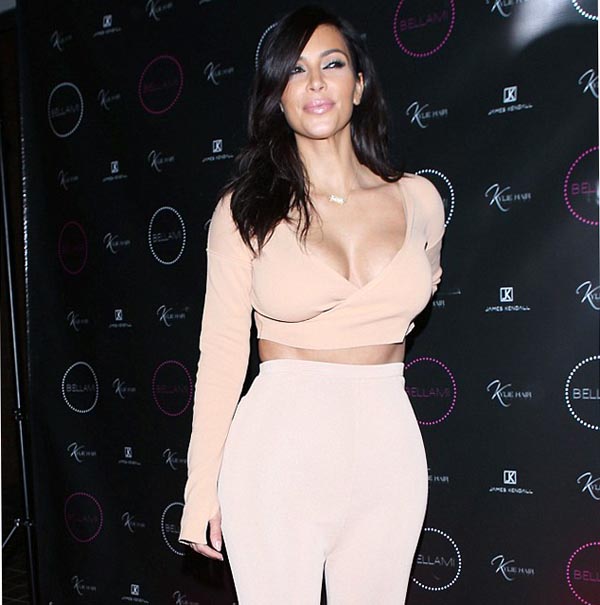 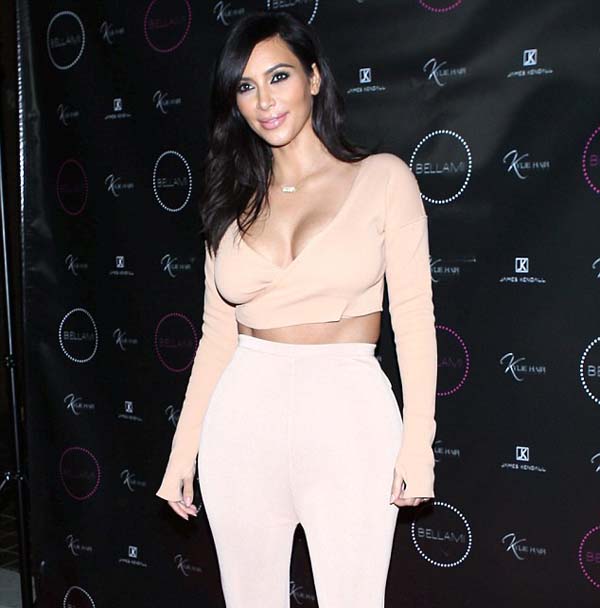