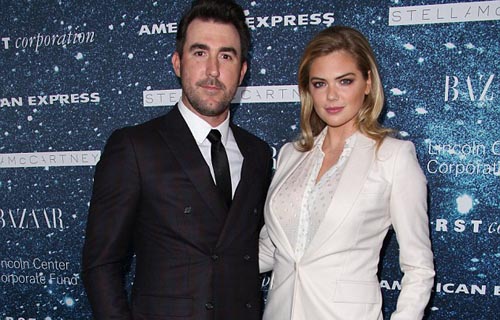 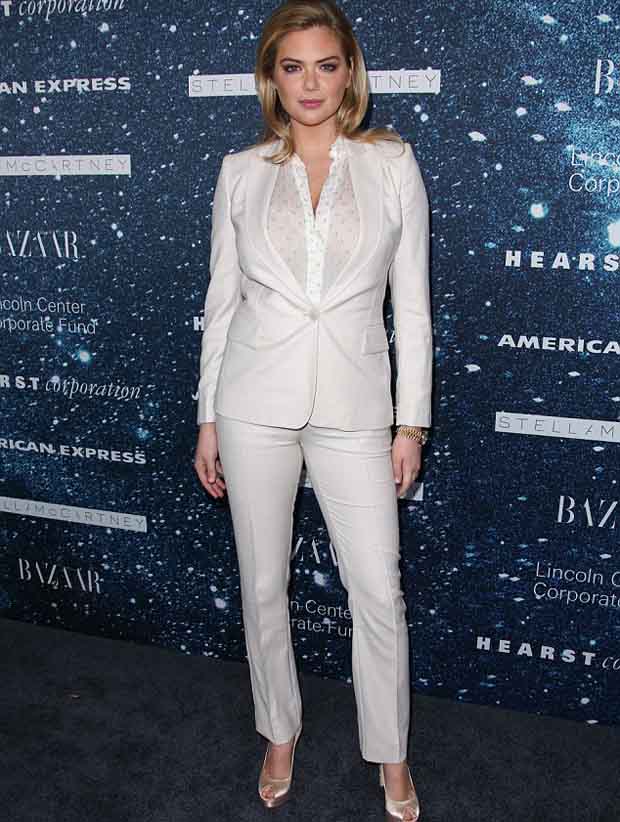 The 22-year-old model and her 31-year-old pro athlete partner both looked stylish attending An Evening Honoring Stella McCartney in New York City on Thursday. For the fashionable night out, Kate chose a head-to-toe white ensemble dressed in white blazer over a sheer collared shirt and pair of crisp trousers.

The blonde beauty wore her long tresses in loose curls around her shoulders and wore smoky eyeshadow on her flawless complexion. The Sports Illustrated cover girl completed her menswear inspired look with embellished beige high heels. 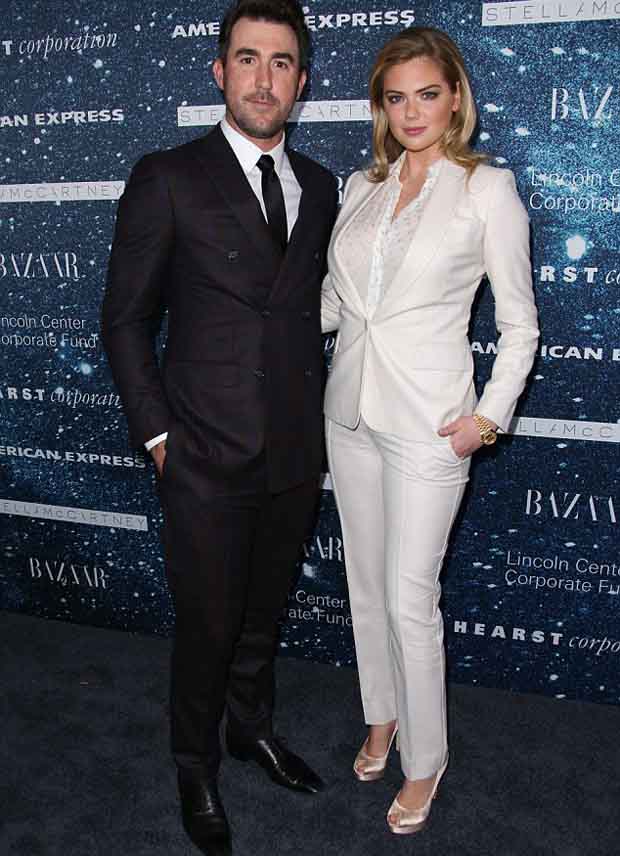 Justin, who is nine years her senior, didn’t disappoint in the style department either. The Detroit Tigers pitcher donned a double breasted suit, black tie and color coordinated dress pants. 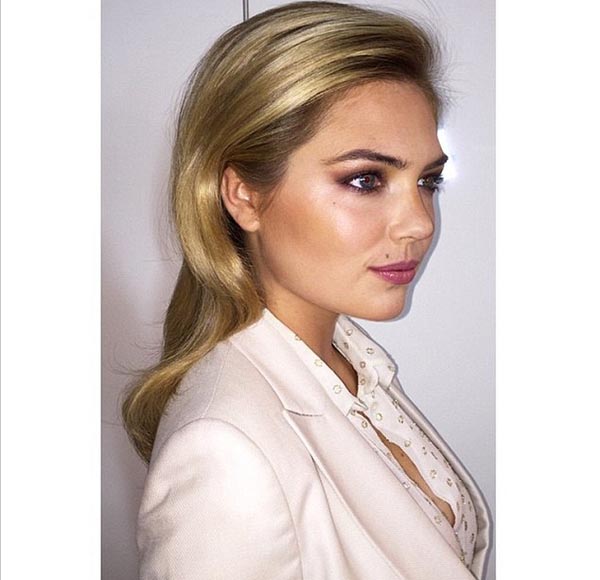 He paired his outfit with black shoes and sported scruffy facial hair on his upper lip and chin. The night before on Wednesday, the duo spent a more casual outing at the New York Knicks basketball game at Madison Square Garden. They were spotted engaging in a bit of flirty wrestling with Kate embraced in a love-tackle and bear hug from her man. The two erupted into giggles as the playful display soon turned even more affectionate as The Other Woman actress nuzzled into the arms of her burly man. 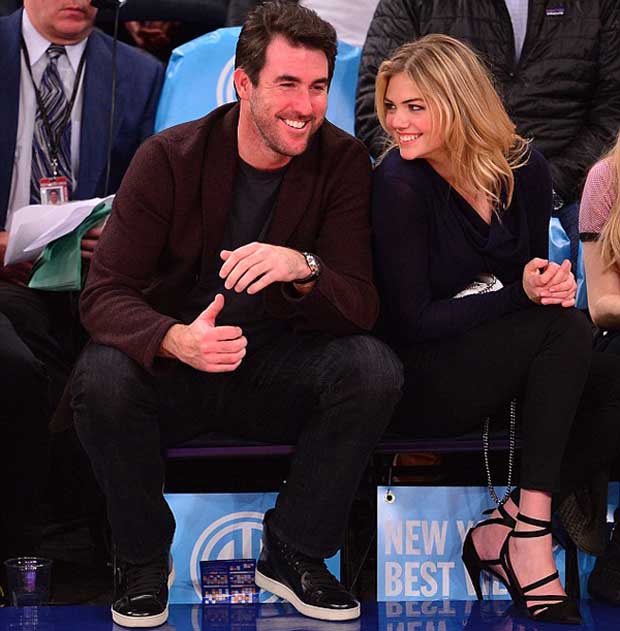 For the outing, Kate wore strappy heels, black trousers and a matching top as Justin was dressed in leather high tops, denim trousers and a maroon blazer. Kate and Justin have been pictured at several different sporting events throughout the year as she has even cheered him on at his baseball games.

The couple first started dating in January 2013 but split soon after with Kate going on to date Dancing With The Stars pro Maksim Chmerkovskiy for six months until ending it in December. Justin then quickly reunited with the beauty at the beginning of this year after reconciling their relationship with a getaway to the Bahamas in January.

Kim Kardashian Beams with Pride after THAT fully Nude Shoot

Siva Kaneswaran and Nareesha McCaffrey will tie the knot in 2015