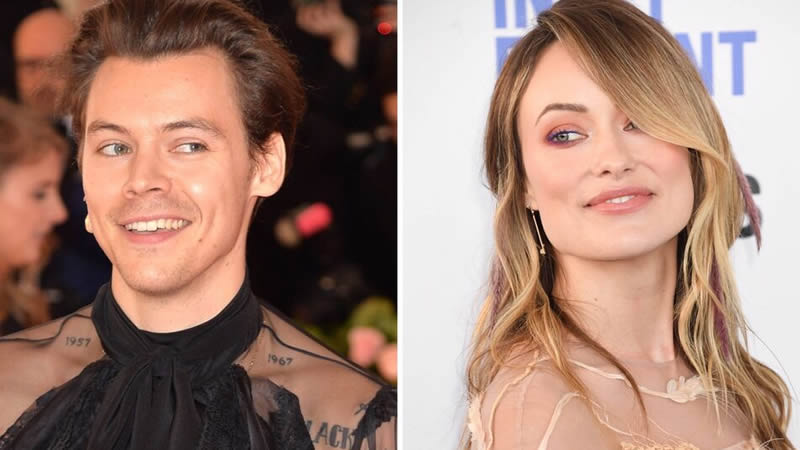 Harry Styles already proposed to Olivia Wilde and can’t wait to start a family with her, according to a tabloid.

Harry Styles and Olivia Wilde are no doubt very much in love with each other. In fact, in their last sighting, they couldn’t keep their hands off each other. One tabloid claims that the lovers are already engaged.

Read Also: Harry Styles to undergo THIS transformation for his role in My Policeman

Harry Styles already popped the big question to Olivia Wilde during their romantic getaway in Italy, Life & Style reported. The outlet added that he snuck off about a month ago to design an engagement ring for her.

The bling reportedly cost $185,000. It allegedly featured a diamond and a sapphire. The outlet quoted an unnamed insider saying, their friends had a feeling he would propose to her later this year. However, some of them were convinced that they were already engaged.

According to Life & Style’s insider, Harry Styles and Olivia Wilde are already planning a low-key ceremony in Italy. She reportedly wanted to wear a beautiful long embroidered white dress which bought from a Tuscan market for her big day.

The lovers will also write their sweet and “meaningful vows.” Meanwhile, another insider claimed that the pair were already married.

Harry and Olivia packed on the PDA while they were on a yacht in Italy. The source said they were “acting like they were just married.”

However, the outlet also added that Styles’ representative denied the engagement rumors and went on and recap their romance.

Their friends were allegedly concerned about their romance and thought they would not last long due to the 10-year age gap.

However, they appeared perfect together because both are easygoing. The outlet also mentioned that Harry can’t wait to have kids and Olivia can’t wait to start a family with him.

Gossip Cop examined the report and debunked it. First, it forgot to consider that Olivia Wilde just out of a serious relationship. Thus, it will be unlikely for her to rush into marriage.

Olivia was with Jason Sudeikis for almost a decade. They started dating in 2011 and got engaged in 2012. However, they called off their engagement and split in 2020. The exes share two kids Otis Alexander, 7, and Daisy Josephine, 4.

Shortly after their separation, Wilde has been spotted out and about with Harry Styles. They were photographed attending a wedding of a common friend together in January. The said sighting sparked rumors that they are dating. It didn’t take long until their romance was confirmed.

Facial Masks for Men because their skin is different than womens

The Best and The Worst Batman Movies

Ashley Tisdale and Zac Efron Claim to Be Friends Only