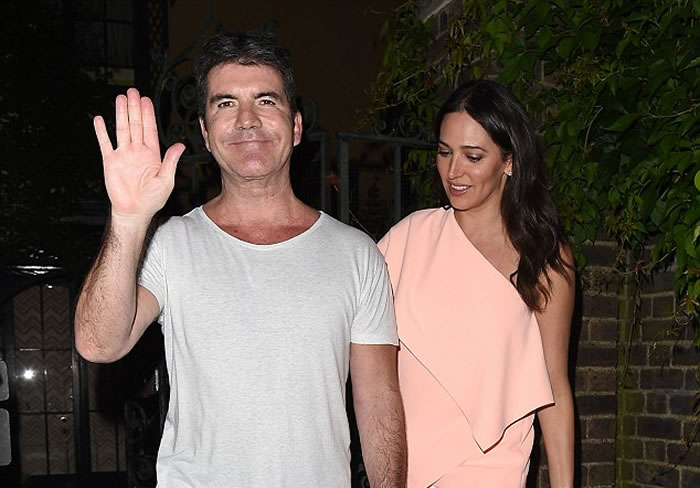 He’s got an exhausting summer ahead with X Factor right around the corner. And Simon Cowell seized the opportunity to let off some steam before the ITV juggernaut takes over his life once again at a managaement summer party in London on Thursday night.

The 55-year-old music mogul rocked up to the party in his Rolls Royce and emerged from the plush car with a bottle of beer in one hand and a cigarette in the other. 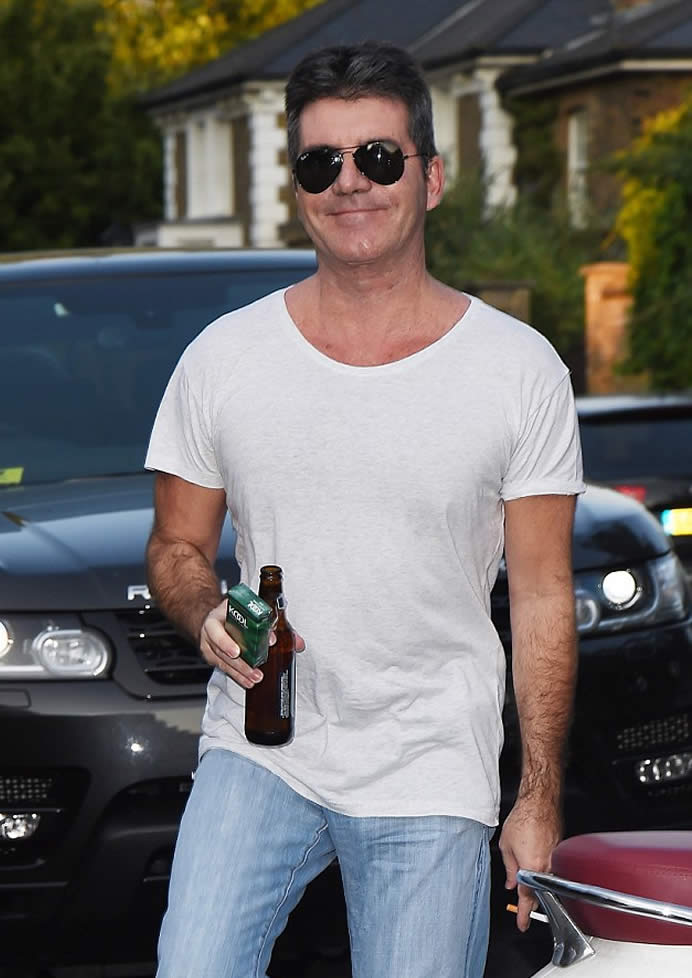 Lauren, 37, accessorised her glamorous ensemble with a small boxy clutch and wore her brunette tresses loose around her shoulders. 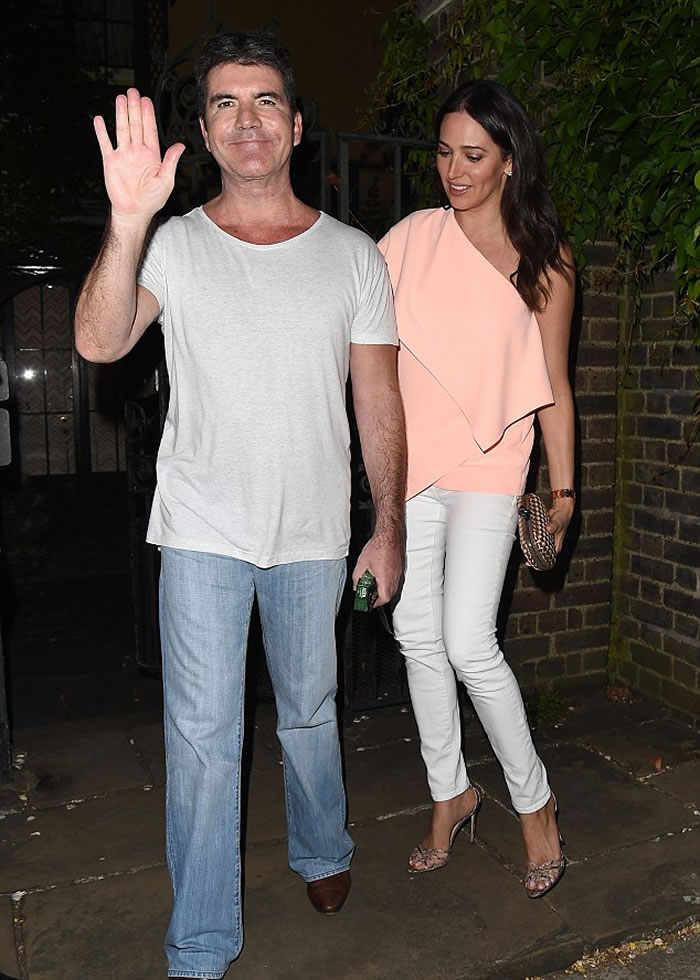 The couple emerged from the party later on in the evening in great spirits with Simon pulling a number of funny faces as mum-of-two Lauren looked on at him adoringly. Also at the bash, representing One Direction, was 21-year-old Niall Horan. The Irish singer cut a lonely figure as he arrived to the festivities in a a pinstriped shirt, skinny jeans and boots.

He slicked his hair into an impressive quiff for the occasion and polished off his boyband look with a snazzy pair of tortoiseshell sunglasses. Joining him there was Jade Thirlwall, who ccoordinated her outfit with Niall in a pair of striped, wide-leg trousers and a cream chiffon top. The Little Mix singer teamed her summery ensemble with a funky clutch bag and white strappy sandals. Jade and Niall have known each other for years after meeting on The X Factor in 2011. 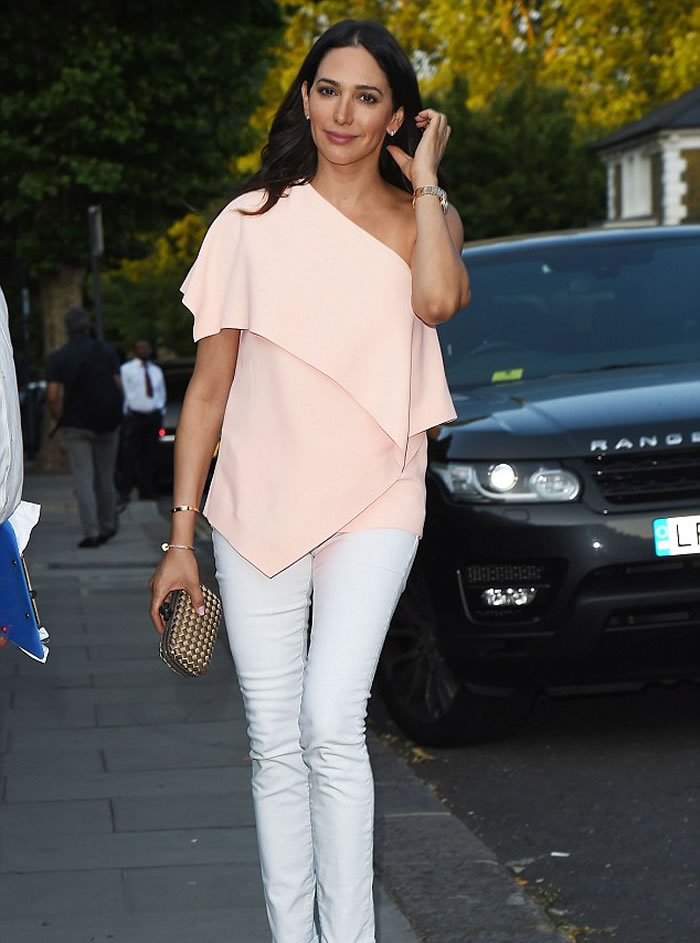 Their best friends Perrie Edwards and Zayn Malik also happen to be engaged.  But while these two have long been pals, it was recently suggested that they had turned up the heat on their friendship. Cowell’s golden boy Olly Murs was also at the party and dressed down for the evening’s proceedings in a navy polo shirt and blue chinos, which he rolled up to the ankles.

ALways one to mix things up a bit the newly-appointed X Factor presenter did away with his belt, opting to hold up his trousers with a bit of white rope instead. He capped off his preppy look with a pair of white plimsolls and his usual cheesy grin. 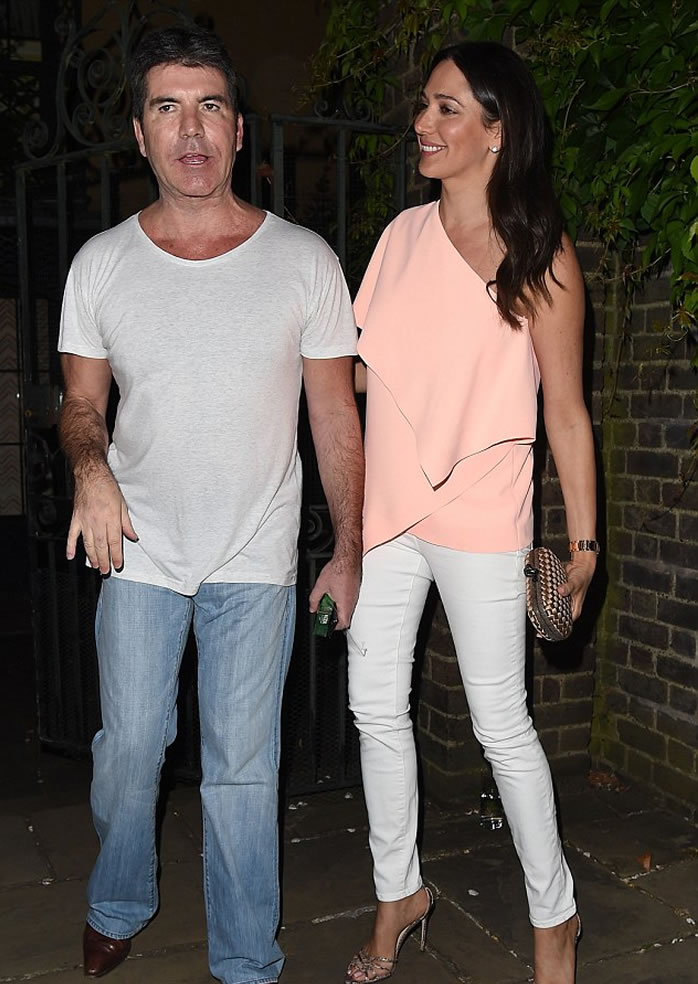 10 Most Beautiful South African Women in 2015