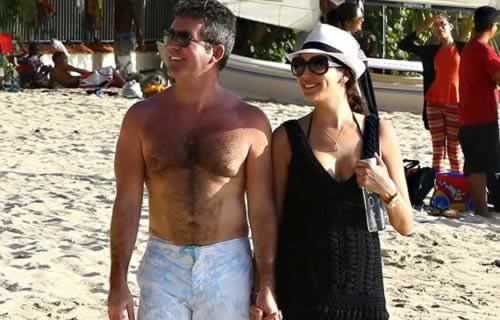 Simon Cowell and Lauren Silverman look loved up as they hold hands on beach in Barbados. They are enjoying a sunshine break in Barbados with Sinitta and her partner Jason Gale, but Simon Cowell and Lauren Silverman enjoyed some time together on Sunday.  The pair took a stroll down the beach and looked loved up as they held hands as they topped up their tans. 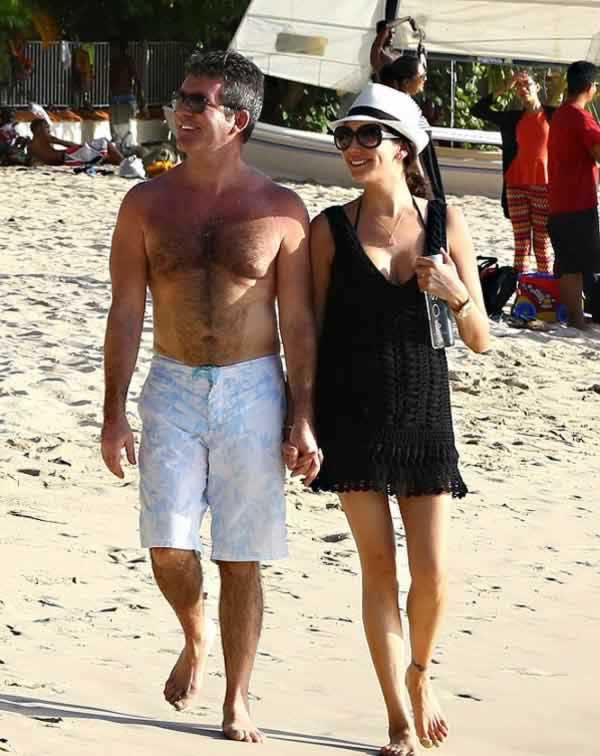 Simon, 54, wore a pair of long blue and white shorts and topped off his look with a pair of sunglasses, while Lauren, 37, wore a black crocheted dress over a matching bikini. Making sure she didn’t get too much sun, the mother-of-two topped off the look with a cream coloured trilby hat and also wore sunglasses. Making sure to stay hydrated, the raven-haired beauty carried a bottle of Voss designer water.

Simon seemed more than happy to stop and chat to a couple of fans as they took a break from their stroll. Their son, Eric, who was born on Valentine’s day this year is staying with the couple but appeared to be being cared for by friends as the doting parents took a little time to be together. 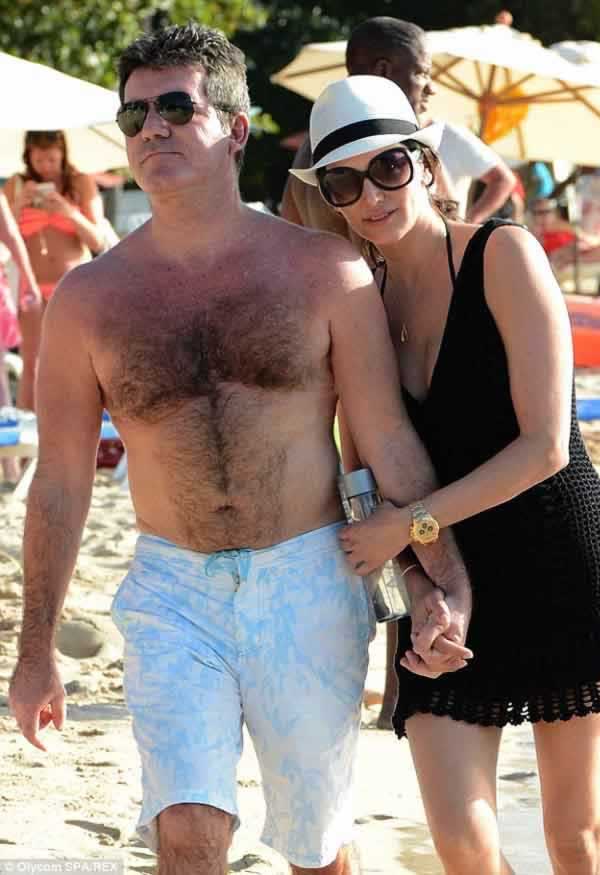 In recent days, they have been pictured with their adorable little boy as they cuddled and kissed him. Simon is no doubt enjoying a break after his busy stint on X Factor this year, in which his acts, Ben Haenow and Fleur East came first and second respectively. No doubt Simon will be pleased to hear that 29-year-old Ben has just secured the Christmas number one spot in the U.K. with his new single, Something I Need. 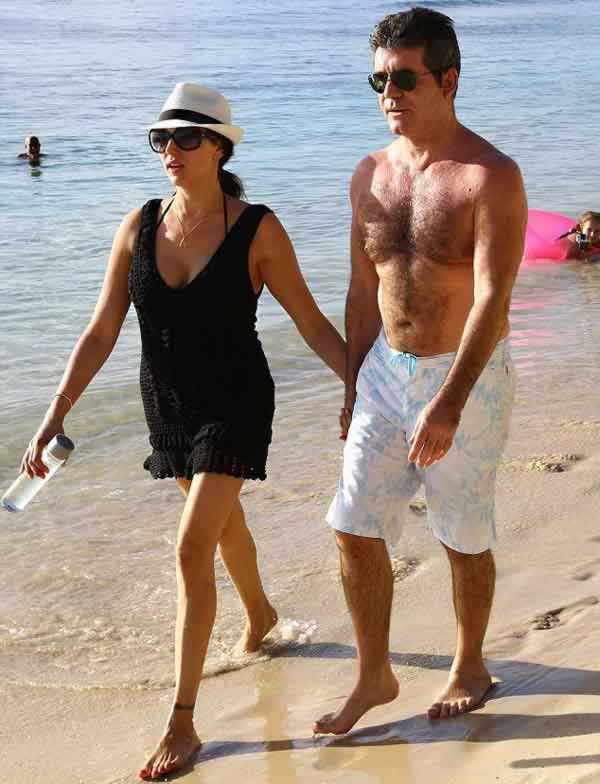 Ben told The Mirror, ‘He [Simon] said he’s going to have a little break and he understands the intensity of the competition we’ve been through. ‘He said, “go and have a little break yourself and we’ll be in touch afterwards.” I think he deserves one.’ 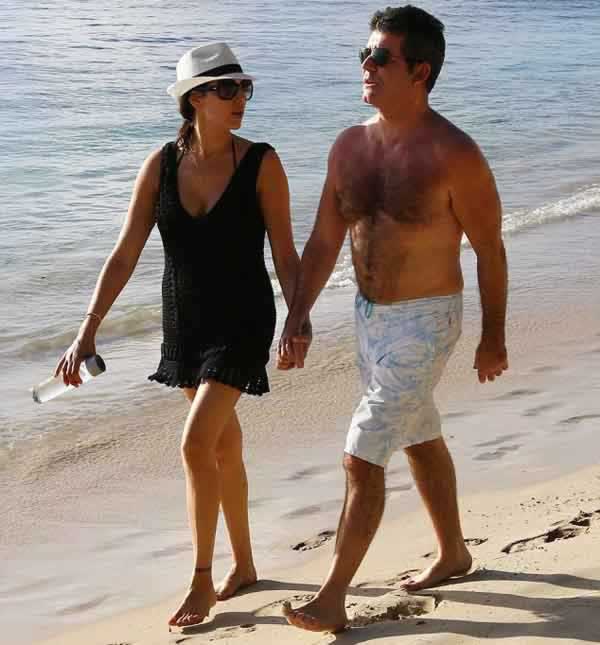 How to strengthen Family Relationships