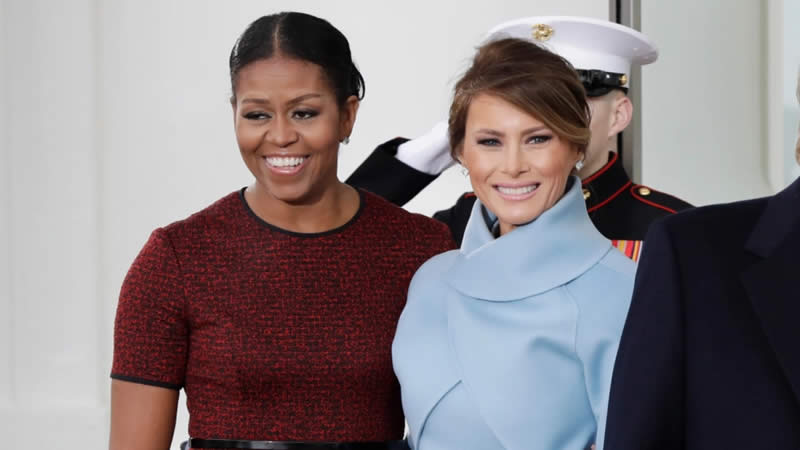 For the third year in a row, former first lady Michelle Obama has won the coveted title of most admired woman in America in 2020, per Gallup’s annual poll. (Husband Barack Obama’s 12-year run as most admired man, comparatively, was ended by President Donald Trump winning most admired man of 2020.) The trend seems fairly clear: Current and former presidents and first ladies are high-up on these most-admired lists, which leaves only Melania Trump unaccounted for, who came in at third most admired woman of 2020 with four percent of the vote.

For each of Melania’s years in the White House, she’s been beaten out as most admired woman either by Michelle or, in 2016, by Hillary Rodham Clinton. So, is the Trump administration ending without Melania taking the #1 spot a sign that she fell flat with the American people, another blow after failing to land a single Vogue cover in her time as first lady? It’s a little more complicated than it appears.

Looking back on the history of this Gallup poll, it looks like there’s a difference in how a change in administration affects the most admired men vs. the most admired women list. In 2008, when Barack Obama first won office, he was voted the most admired man of the year, taking over from George W. Bush the previous year. But although Michelle entered the White House with him, she didn’t win her first most admired woman title until 2018 — two years after Barack had stepped down from the presidency.

So, Melania’s true test of popularity will come in the years after Trump’s presidency, when we see whether the Michelle Obama effect occurs for Melania after she leaves the White House too. In many ways, it’s more telling of the American people’s opinion that Donald Trump didn’t rise to the #1 spot on the list of most admired men until the final year of his presidency — when the previous six presidents had all been voted America’s most admired man the year they were elected and several years that followed.

For what it’s worth, the most admired women statistics are also somewhat skewed by the sheer dominance of Hillary Clinton, who held the title for a whopping 15 years, long after her time as First Lady and through most of the George W. Bush administration. We rush to admire our male presidents, but our first ladies are playing the long game — and it all starts after they leave the White House.

How to Measure your Body Fat Percentage