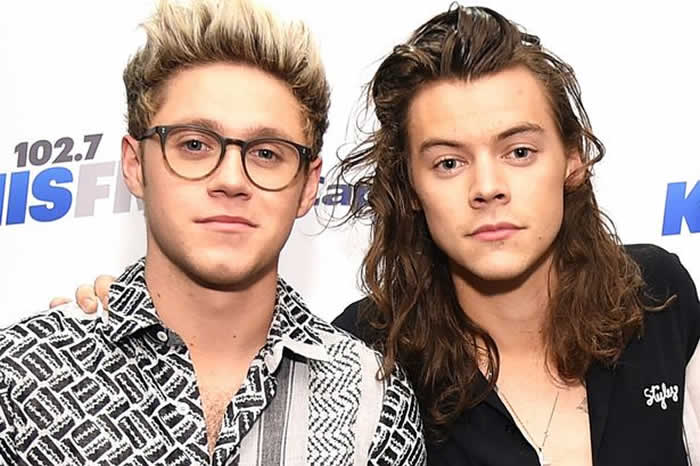 One Direction’s Harry Styles and Niall Horan will miss tonight’s BRIT Awards. The pair are unable to make the star-studded ceremony at London’s The O2, but their bandmates Liam Payne and Louis Tomlinson will be making an appearance to present an award and hopefully see the group pick up the British Artist Video of the Year prize for their single Drag Me Down.

While Harry and Niall – who is on holiday in Thailand – won’t be enjoying a 1D reunion at the event following the group’s self-imposed hiatus.

Louis has flown into the UK from Los Angeles a month after becoming a father for the first time to baby Freddie. A source told The Sun newspaper: “This could have been one last hurrah for the boys at what could be their last BRIT Awards as a band. “But Harry has shown no interest in attending and Niall is away on his holidays in Thailand.

“Louis and Liam want to be there as a thank you for all the fans voting for them in the Best Video category – which is the big audience vote of the night. “The band still have a massive fanbase and they should clean up in the public vote so they’re hoping it won’t be a wasted trip.” BRITs bosses were said to have offered the History hitmakers – who are also up for the Best Group prize – the chance to perform at the ceremony in a bid to reunite them.

A source previously said: “BRIT organisers were desperate to get the boys. They told them they could perform whatever they wanted, even a new single, or just turn up for a boozy night out.  “It didn’t work though. The lads seem more focused on their own projects now than rejoining their bandmates – even for the biggest night in showbiz.”

One Direction will face tough competition in the Best Video category with the likes of Adele, Calvin Harris, Ellie Goulding, Little Mix, Jessie J, Naughty Boy, Sam Smith, and Years & Years all up for the accolade. Their pal Ed Sheeran is also in with a chance after receiving a nod for the video for his hit ‘Photograph, which features a montage of him as a child.

Heal Your Lower Back Pain With These 5 Yoga Poses