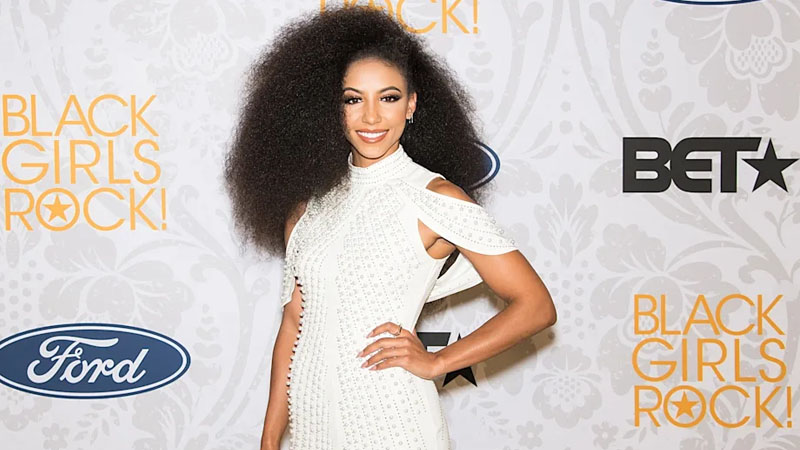 Celebrity deaths tend to arouse communal grief among fans, friends, and family alike, with those who knew a public figure intimately or from afar struggling to cope with the loss. But, with the death of former Miss USA Cheslie Kryst, who was confirmed to have died by suicide on Sunday, the world is faced with a new challenge: making sense of the struggles that the 30-year-old faced while presenting a vivacious persona.

“Today, what our family and friends privately knew was the cause of death of my sweet baby girl, Chelsie, was officially confirmed. While it may be hard to believe, it’s true,” Kryst’s mother, April Simpki, wrote in a statement after the coroner confirmed that Kryst took her own life. “Charlie led both a public and a private life. In her private life, she was dealing with high-functioning depression, which she hid from everyone — including me, her closest confidant — until very shortly before her death.”

Despite this, people appear to have taken to Kryst’s social media pages, where she often posted beautiful portraits and impressive interview reels as a celebrity correspondent for Extra and reflected on her growth since her days as a practicing lawyer, to spot the signs of her internal struggle, which experts say will never be found.

“We, as a society, like to have closure around things. And when somebody dies by suicide, what happens most often is that we just are left with more questions than answers,” Joy Harden Bradford, psychologist and founder of Therapy for Black Girls, tells Yahoo Life. “We can’t make sense of it.”

Attempts to do so can be seen in the comment sections of Kryst’s Instagram posts, which have turned into tributes to her beautiful life. “Just why,” one comment reads, “just look what a beautiful soul.”

Even if no answers are expected, Amelia Lehto, past Crisis Services Division chair for the American Association of Suicidology and Kevin’s Song advisory council member, explains that seeking resolution is a natural reaction to this type of tragedy.

“Suicide loss survivors who have recently lost someone to a death by suicide often experience what we refer to as a complicated or complex grief,” Lehto tells Yahoo Life. “This can be attributed to the ‘perceived intentionality’ of the death and the related ‘perceived responsibility for the death. Essentially, as suicide loss survivors we grapple with if the person we lost made a conscious ‘choice’ or were ‘driven’ to suicide. And in what way we may have been able to prevent their death or rather a socially acceptable explanation.”

The complexities of the grieving process surrounding suicide deaths are impacted by the complicated reality of mental health struggles and how they are both presented and perceived. According to Lehto, these tragedies also activate our society’s “reactive nature.”

“Our hindsight is twenty-twenty,” Lehto says. “We find ourselves looking back and seeking to understand what we may or may not have seen or known about the person. There is no one answer for suicide death, but some may feel empowered by coming across a post or exchange that leads to an explanation.”

Bradford observes that, in the case of someone like Kryst, who spent so much of her life in the public eye, it’s especially difficult for people to accept the fact that they didn’t know everything about her despite believing they did.

“People are struggling with the perception of Kryst as somebody who seemingly has it all. She has a great job and is beautiful and all of these things, so people will question, ‘What could have been so bad?'” Bradford points out. “It’s a powerful reminder that we don’t even know anybody’s full story, right? If we only know somebody based on the clips they share on TikTok or the picture they share on Instagram, that’s such a small sliver of somebody’s existence.”

Regardless of how Kryst presented herself to the camera, Bradford reminds viewers that mental health does not discriminate or prioritize who is affected. When it comes to social media’s highlight reel, Bradford explains that there should be no expectation that public figures should or will share their struggles.

“It’s this entitlement I think that we sometimes feel to public figures,” Bradford says. “We still want to be consumed with all the personal details, and people don’t owe us that.”

Kryst, in particular, had an image to uphold after being deemed a trailblazer when she became one of three Black women holding the country’s most prominent pageant titles at the same time for the first time ever — a position that Bradford says directly correlates to the pressure of the “strong Black woman stereotype” that Kryst may have been feeling. Along with the pressures Kryst may have been under, it’s difficult for others to imagine the darkness that someone lost to suicide must have felt in the days leading up to their death.

“If you have not been in the place of hopelessness and feeling like there are no answers, it feels very difficult to understand how someone makes this decision,” Bradford explains. “And probably the majority of people have not been in that place. And so when your mind is trying to connect to something that you have previous experience with, it doesn’t have it.”

Instead of looking for answers, Bradford advises family, friends, and fans to give themselves grace during the grieving process.

“Death by suicide introduces all these other things that are difficult for us to deal with,” Bradford says. “So, I’m trying to grieve, but I also feel angry, and I think it’s important for people to make space for the entirety of their feelings. You’re entitled to all of these feelings because they’re valid.”