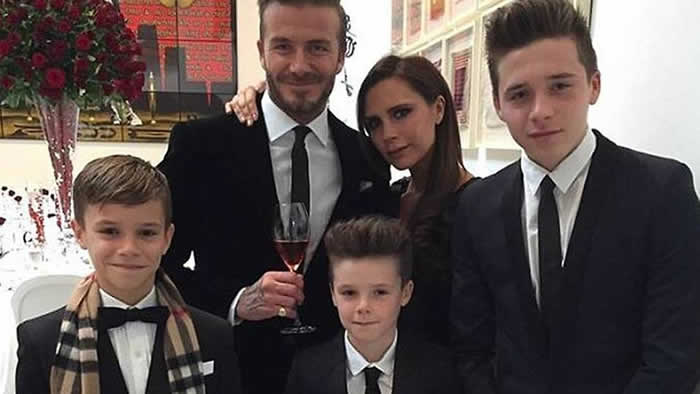 David Beckham reportedly bough his £27 million country estate in the Cotswolds because the local inn is called The Golden Ball.

The 40-year-old retired footballer – who is nicknamed ‘Goldenballs’ by those close to him – is believed to have been won over by the name of the boozer, which is a few minutes walk away from the Grade II-listed Abbotswood Estate, near Stow-on-the-Wold in Gloucestershire, England.

A source told The Sun newspaper: ”When David saw the pub that was the icing on the cake.” The country manor boasts an incredible 10 bedrooms and a massive 774 acres for his fashion designer wife Victoria Beckham and their four children Brooklyn, 16, Romeo, 13, Cruz, 10, and Harper, four, to play to their heart’s content.

The property, which also has 11 separate cottages within it’s grounds, is the most expensive home on offer in Britain. The pair, who have an estimated fortune of £210 million and used to own a countryside mansion, famously dubbed Beckingham Palace, in Hertfordshire, first sparked speculation they were house-hunting after posing for photos with fans while visiting nearby Nailsworth last month.

5 Seconds of Summer and Little Mix for Teen Awards

Depp-ly in love: Johnny and Amber Living together