She’s been close friends with Balmain creative director and designer Olivier Rousteing for several years. And Kim Kardashian looked resplendent in an embellished mesh skirt and crop top as she attended the opening of the fashion house’s Los Angeles boutique on Thursday. The reality star, 36, showed off her famous hourglass figure in the revealing skirt, which was slashed to her thigh.

Kim barely maintained her modesty in the transparent garment, which was covered in glittering stones. The embellishments formed a checked pattern across the skirt and the star’s split up her left leg was lined with sparkling piping. The reality star showed off her cleavage in a skimpy white crop top, exposing her flat stomach and unbelievably skinny waist. She teamed her pared down look with Kanye’s Yeezy PVS heels, and kept it simple with no accessories.

Kim wore her famous raven locks down in a centre parting, letting her poker straight tresses fall over her shoulders. The social media sensation spent some time catching up with creative director Olivier at the star-studded bash. 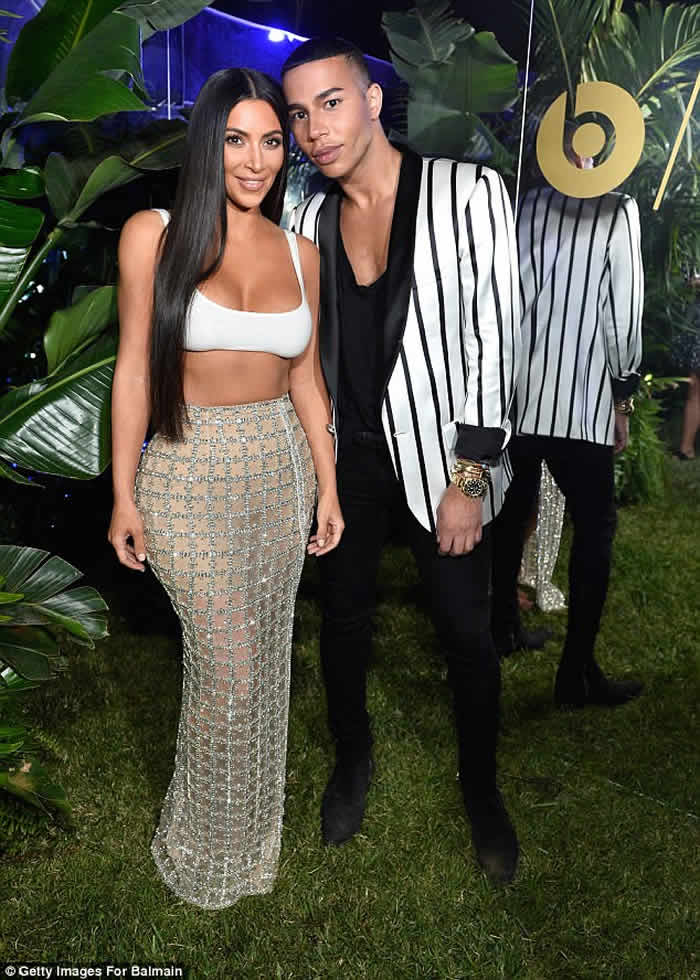 The fashion designer, who took over the French brand in 2011, looked effortlessly chic in a black and white striped blazer, which he paired with an oversized black top and skinny trousers. He posed with Kim in a pair of Chelsea boots and accessorised with a chunky gold watch and bracelets. Before reuniting with Olivier at the opening, Kim had a fashion emergency.The 36-year-old star took to Snapchat as her makeup artist Rob Scheppy quickly dried her white crop top – after cleaning off some makeup that spilled on it. 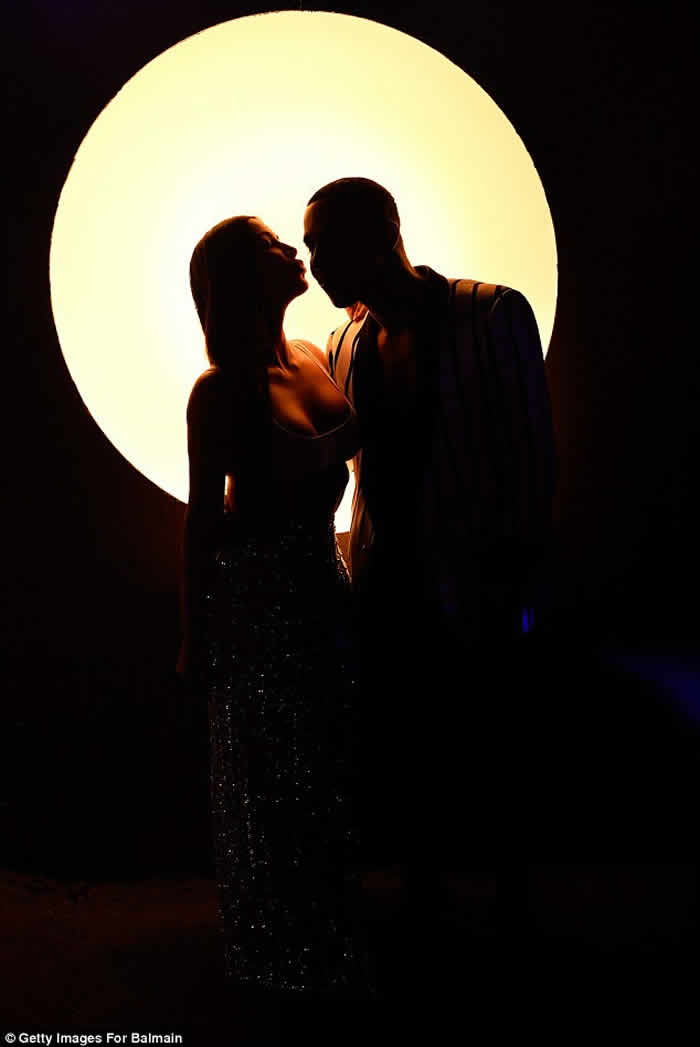