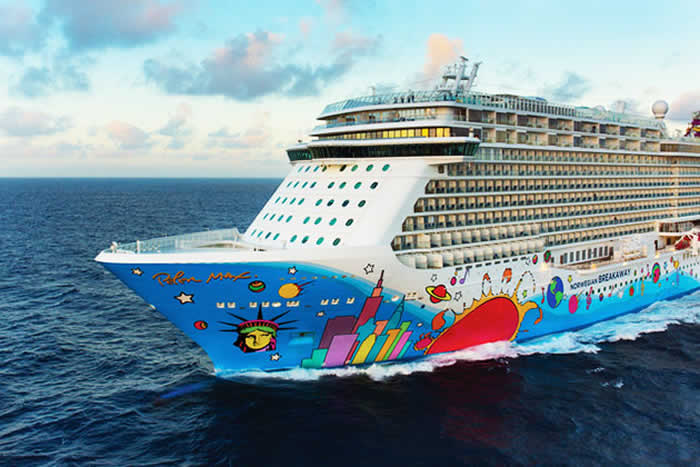 Nearly everyone has a favorite cruise ship. In this chart, we outline the key distinctions among the 10 most popular cruise ships in the industry. Look for highlights of onboard accommodations, dining and entertainment, as well as ship itineraries. Don’t have a favorite cruise just yet? Our picks just might inspire you to find the perfect vacation match.

Allure of the Seas

The 5,400-passenger Allure builds on the blueprint introduced by its sister, Oasis. Both ships feature attractions like ziplining and a handmade wooden carousel, but Allure has its own twists, including a Brazilian churascarria and the Broadway show “Mamma Mia!”.

Norwegian Getaway, which debuted in 2014, is a Miami-inspired ship that sails year-round from that port. You’ll notice touches of South Beach throughout: the Tropicana room, designed as a 1940s Havana supper club; the Flamingo Grill, serving Cuban food; and Burn the Floor with a Havana nights theme and sultry Latin dancing.

Anthem of the Seas

The innovative, 4,180-passenger Anthem of the Seas debuted in 2015 with crazy attractions like a skydiving simulator and a London Eye-style glass pod that rises over the pool deck. The high-tech ship offers fast Wi-Fi, onboard bookings via tablets and apps, and RFID bracelets for cabin access and on-ship purchases. The look is classy and modern, and cruisers are spoiled for choice in dining, accommodations and sea day fun.

The boisterous Carnival Breeze debuted in 2012 as the third ship in the line’s popular Dream Class. The 3,690-passenger Breeze embodies a new breed of Fun Ship with a toned-down tropical feel and more cohesive decor. Changes come thanks to a new designer and the first full execution of the line’s half-billion-dollar “Fun Ship 2.0” initiative, a fleetwide identity overhaul focusing on food, booze and entertainment.

Oasis of the Seas

The 5,400-passenger Oasis launched in 2009 as the largest cruise ship ever built. In addition to debuting many at-sea firsts, including an outdoor AquaTheater, Oasis represents a revolution in design. An open-air corridor carved out along the length of the ship creates space for a tropical foliage- and eatery-filled Central Park and a Coney Island-style Boardwalk.

The 3,006-passenger Carnival Sunshine received a huge makeover in 2013, adding most of the Fun Ship 2.0 upgrades. Among the additions are Guy’s Burger Joint, the BlueIguana Cantina, Cucina del Capitano, Alchemy Bar and a triple-deck adults-only Serenity deck.

Cool sophistication is the unmistakable vibe on board 3,046-passenger Celebrity Reflection, the final — and biggest — of the five ships in Celebrity’s Solstice Class. You’ll find class staples like the Lawn Club, Solarium and themed dining venues, as well as additional suite classes — but no official nightclub.

Regal Princess is unmistakably elegant and strikes the right balance between fun and refinement. Its hub is the grand Piazza for entertainment, food, drinks and people-watching. Don’t miss the SeaWalk, a glass walkway that juts out from the Lido Deck; it’s a hallmark of this class of ships.

Norwegian Breakaway, which debuted in 2013, is a New York-themed ship and a sister ship to Norwegian Getaway. It offers resort-like, rather than ship-like, entertainment and dining, with lots of extra-fee options, but cruisers can enjoy great outdoor spaces like Spice H2O and The Waterfront, all of the ship’s marquee entertainment, and casual, as well as sit-down dining without paying an upcharge.

Lauren Silverman Shows off Her Curves in a Tiny Red Bikini