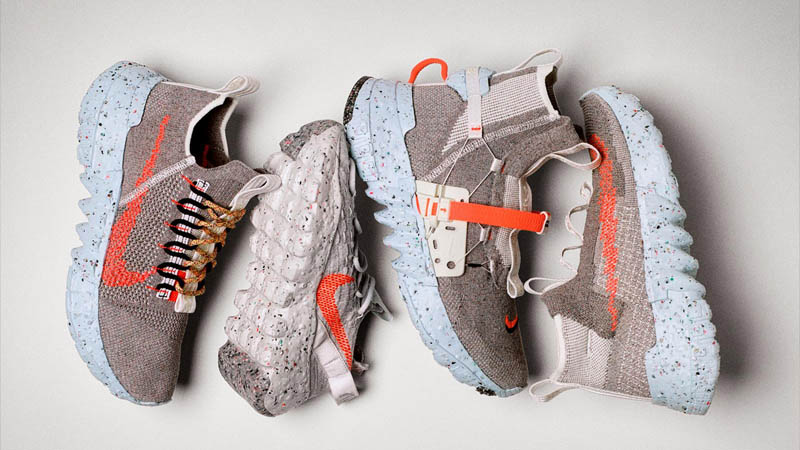 Nike is unveiling the best look yet at its funky, eco-friendly “Space Hippie” sneakers, along with an official release date.

The four Mars-inspired silhouettes, which are simply denoted as 01-04, are part of Nike Move to Zero, an initiative that aims to slash the athleticwear brand’s waste and carbon footprint.

To that end, all of the line’s “Space Waste” Flyknit yarn uppers are constructed from 85-90 percent polyester sourced from recycled plastic bottles, t-shirts and yarn fabric. The “Crater Foam” soles are made mostly from recycled Nike foams and 15 percent Nike Grind rubber

Hypebeast points out some distinct differences between the Space Hippie variants. The gray, blue and orange 01 and green and black “Volt” 04 are low-cut with traditional lacing systems.

A colourway similar to 01’s is featured on the high-topped 02 and 03. The former is a laceless slip-on, while the latter gets a Flyease strap system that Nike has previously used on athletic silhouettes.

Tired of Jeans, Here’s Your Answer