We hope that in current men’s trend you will adopt the classy men’s leather jackets. 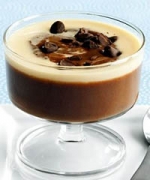