Men were alienated from fashion in our region previously. The term “fashion & style” had feminine connotations for most decades! Thankfully, the trend has evolved and men are no longer excluded from the vogue trends. The arena of fashion is being gradually conquered by the male counterparts, if not dominated. Men are now offered due regard in case of variety in colors, textures of fabrics, diversity in designs and comfort in style.

The impending start of the new decade brought waves of changing in men fashion for 2010. So, let’s see what’s in store for you to grab (and what to throw out of the wardrobe!):

Surprisingly, the renowned designers like Gucci, Prada, Dolce & Gabbana are paying significantly more attention to the shoes than any other accessory/clothing. The Italian shoe-cut has been evergreen for the men. However, the Spanish shoes style is making its mark and is here to stay. Do you own a pair of slim, flattering and pointed shoes for a formal event? If not, you’re lagging way behind! Gear up, and get those in burnished leather for a perfect evening look.

Now, when it comes to clothes: Looks are overrated! This season we are going for anything comfy that flatters your body type. Especially for men, a comfortable fabric can wick away moisture, protect skin from ultraviolet rays and rashes – giving you an odor-free body in summers. This surely would make you feel confident about anything you do. So instead of cottons, polyester wicking fabric is the in-thing these days. Skin-fitted clothes are not a hot cake this season, but if they’re teamed up with comfort – You can give them a shot.

There is no hard and fast rule regarding fashion because what suits a person walking on the ramp does not necessarily suit you. For an understated look, a black trouser or jeans with a colorful shirt can carry you well. The demand for printed tees has developed a significant demand as it caters to teens and adults well. These t-shirts are mostly neon prints over black fabric. However, if you wish to be striking out the big guns, pull over a jacked over your shirt with a neck-tie. This can work well for the formal meetings. Also, lose the tie and open the top two buttons for any semi-formal gathering.

In fashion, men’s trends change slower as compared to women’s. With 2010, boot cuts and baggy jeans are no more in style rather they are replaced by a fitted pair of designer jeans along with a printed tee which is further admired with a sport jacket. So, casual is the basic theme this year with darker colors.

Apart from it there are few come backs in fashion which include extra long polo shirts, modern and sleek accessories and big shades. Despite these the in-thing is “hat”; fedora, Kangol and newsboy. Hats are a good combination of traditional and modern panache for men in all walks of life.

Coming on to 2010 men’s hair styles at once reminds us the 19th century Britain where fringe is the major feature of men’s hair style. Although every individual adjust style according to the size of face but as compared to 2009 the length of hair is somewhat short. Apart from it the slick back is preferred by many (the classy look comes back). 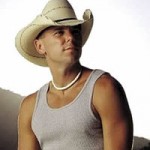