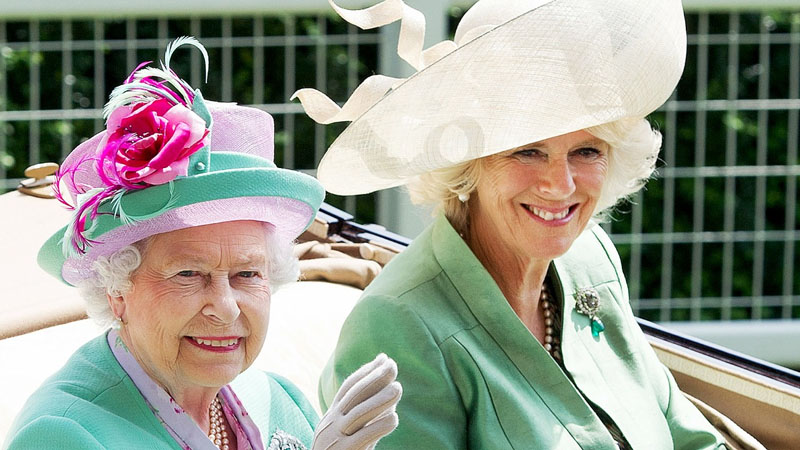 Over the weekend, Queen Elizabeth issued a royal proclamation — well, it wasn’t all that serious, but she did share some news — stating that when Prince Charles ascends to the throne, she wants Camilla Parker-Bowles to be known as queen consort, just as Prince Philip was during her reign. Royal historian Robert Lacey told People, the decision was not made lightly but was based on feelings provoked by Philip’s death and her own parents.

“In the message, she was acknowledging her own mortality and looking to the future,” he said. “As she thought about her father George VI, she would have also thought about her mother and the importance she played as a partner to him. And then, of course, with the passing of Prince Philip, she is considering the sacrifices and difficulties of being a consort.”

Royal fans have been noticing hints of the news for years now. In 2016, the queen announced that Camilla would be a part of the Privy Council. Then, in 2021, Camilla became a member of the Order of the Garter, which People describes as “the most senior order of knighthood in the British honors system.”

“This was the big remaining question mark and it has now been resolved, and any consent from the Prime Minister of the day for the title is a formality,” Lacey added. “Some people might have thought she would look back over her reign with this message, but she was in fact looking forwards in a positive way.”

When Charles married Camilla in 2005, many thought she would become princess consort when Charles became king. With the weekend’s news, Elizabeth has ensured that Camilla will be crowned alongside Charles during his coronation.

Following the queen’s announcement, Charles released a statement acknowledging the importance of the decision.

“We are deeply conscious of the honor represented by my mother’s wish. As we have sought together to serve and support Her Majesty and the people of our communities, my darling wife has been my own steadfast support throughout,” it read.

Many questions remain unanswered in the aftermath of Cheslie Kryst’s death. Experts explain why the process may be complicated