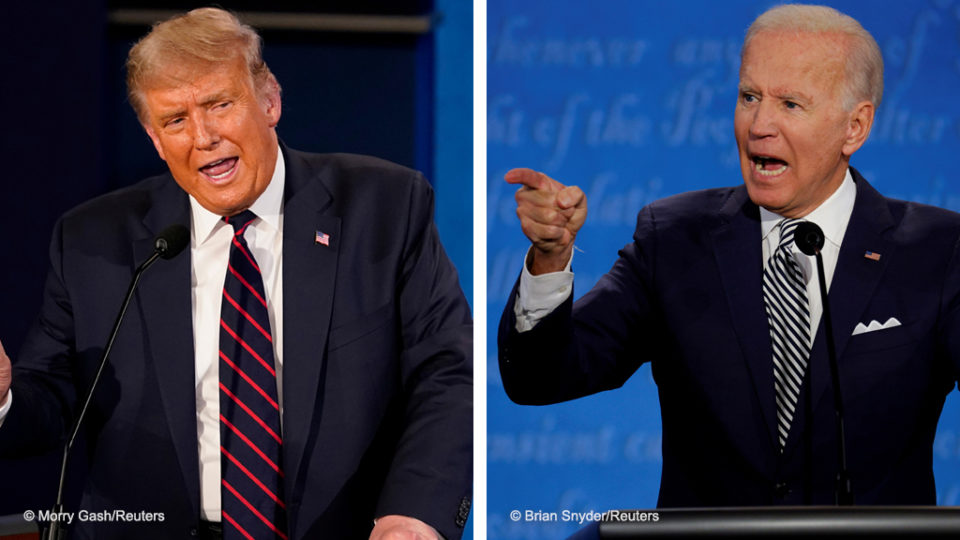 The past week has highlighted cancer that is still eating at the G.O.P. and reminded anti-Trump voters why it is so vital for them to get out and exercise their democratic duty.

Individual politicians’ ratings are frequently even lower, especially those who have been in office for a long time. According to Economist/YouGov polling, only 32% of Americans think Chuck Schumer, the Senate Majority Leader, is a good guy. Mitch McConnell, his Republican counterpart, is viewed favorably by only 21% of those polled.

Arguments can be made about what caused this disastrous situation. Was it something on social media? Negative marketing? Is there partisan media coverage? Or are elected officials to blame? Is the general public correct in suspecting that most politicians are irredeemably corrupt—or, at the very least, trapped in a broken system?

One thing is clear: in such a toxic environment, the key to success isn’t being overwhelmingly popular—that is an impossibility for all but a few transcendent figures—but being less unpopular than your opponent. Joe Biden’s victory in 2020 is a prime example of someone who was successful in this strategy. After four years of Trump lunacy, a majority of voters chose a more moderate, sane alternative. From January to August of last year, Biden’s approval rating remained comfortably above 50%.

Then there was the tumultuous withdrawal from Afghanistan, Joe Manchin’s Senate roadblock of Biden’s domestic agenda, a resurgent pandemic, and rising inflation. With Trump off Twitter and out of the news, Biden’s approval ratings plummeted. Democrats were fearful of the midterm elections. Republicans were eagerly awaiting the results of the November gubernatorial elections in Virginia and New Jersey.

Now Trump is back, speculating about another Presidential run and reminding people what a massive threat he represents—not just to American democracy and the rule of law, but also to the sense of relief that has reigned since he left office. “If I run and if I win, we will treat those people from January 6th fairly,” he told a crowd in Texas a few weeks ago.

“And, if it requires pardons, we will give them pardons.” Days later, he turned on Mike Pence, falsely claiming that the former Vice-President had failed to use his power to abrogate an election result that courts across the country had affirmed. “Unfortunately, he didn’t exercise that power, he could have overturned the Election,” Trump said in a statement that, intentionally or not, confirmed beyond all doubt his own nefarious intent.

Of course, Trump’s reemergence does not absolve the White House and Democrats of the numerous policy challenges they face, such as inflation, the pandemic, and the Senate filibuster. They will ultimately be judged on their performance in office, and an anti-Trump message will not necessarily provide a political panacea. Terry McAuliffe’s defeat in Virginia highlighted the danger for Democrats of relying too heavily on the specter of Trump when he is no longer in power.

However, Trump’s return to the headlines is a significant development because it shifts some of the focus back to the G.O.P. and highlights the simple but defining question that the Party cannot avoid, no matter how much Republican leaders McConnell and Kevin McCarthy, the House Minority Leader, may wish. Is the G.O.P. still in favor of democracy? Or is it now Trump’s sock puppet, an authoritarian populist movement eager to run roughshod on anyone or anything that stands in its way, including the votes cast for Biden by 81 million Americans?

When Pence stood up at a meeting of the conservative Federalist Society, in Florida, on February 4th, and said, “President Trump is wrong; I had no right to overturn the election,” he was effectively claiming that the old G.O.P. is still alive and well, and so is its commitment to democracy. But, on that very day, at a meeting in Salt Lake City, the Republican National Committee sent the opposite message by passing a resolution that said the January 6th protesters were “engaged in legitimate political discourse” and censured two G.O.P. Representatives, Liz Cheney, of Wyoming, and Adam Kinzinger, of Illinois, for joining the House Select Committee that is investigating the attack on the Capitol. The formal motion of censure accused Cheney and Kinzinger “of participating in a Democrat-led persecution of ordinary citizens.”

According to a recent CBS News poll, 83% of Americans disapprove of the actions of Trump supporters who forced their way into the Capitol, and 54% believe it was an insurrection. Glenn Youngkin, a leveraged-buyout tycoon from the G.O.P.’s traditional Wall Street wing, avoided being dragged into the January 6th mess by defeating McAuliffe in November. He accepted Trump’s endorsement but did not invite him to campaign for him. Youngkin called for an audit of Virginia’s voting machines, but after repeatedly avoiding the question, he finally admitted that he would have voted to certify the 2020 election results. He kept Trump at bay while not alienating him or his supporters.

With Trump back on the national stage railing about a stolen election, any Republican candidate will find it increasingly difficult to maintain this straddle. He is clearly intent on making fealty to his Big Lie a litmus test, and any Republican who questions any part of it risks incurring his wrath. He is constitutionally incapable of admitting defeat.

He even attacked Lindsey Graham, his longtime toady and golfing partner, last week. After Graham said he didn’t favor issuing pardons to the January 6th participants who were being prosecuted, Trump called him a “rino,” adding, “Lindsey Graham doesn’t know what the hell he’s talking about if he says that.”

Trump’s reappearance does not imply anything. Minority rule is favored in the archaic American political system. Opposition parties typically do well in midterm elections, but the electoral map this year favors Republicans. However, the past week has highlighted cancer that is still eating away at the Republican Party and reminded anti-Trump voters why it is critical for them to get out and exercise their democratic duty—an important factor in a year when Democratic strategists fear a drop in turnout. This comes in the same week that Omicron cases continued to fall sharply and January job figures came in unexpectedly strong, giving Biden and other Democrats reason to hope that they can eventually get their ship back on course.

Stimulus Check Update: Americans Haven’t Given Up Yet

Trump slams Liz Cheney after a primary loss to Harriet Hagerman: ‘She can finally disappear’