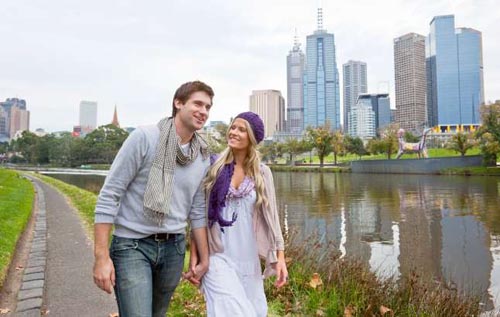 NOT TRYING TO CHANGE EACH OTHER
Maybe you wish he folded his socks, or that he would chat it up with your friends without prompting. But, his inability to notice hair in the sink may stem from the laid-back personality that drew you to him in the first place.”One of the things we see with happy couples is that they know their partner’s differences, and have pretty much stopped trying to change the other person,” says Darren Wilk, a certified Gottman Couples Therapist with a private practice in Vancouver, British Columbia. “Rather than trying to fight their partner’s personality style, they instead focus on each other’s strengths.” 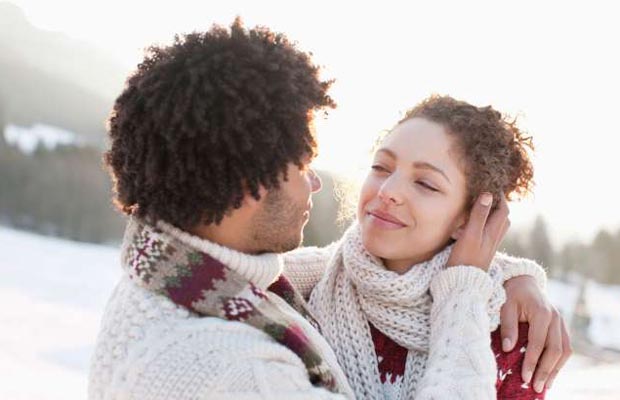 FRAMING YOUR DEMANDS AS FAVORS
Whether you want him to unload the dishwasher more often or pay closer attention to the kids, your partner will be more likely to change his behavior if he feels like he’ll get relationship brownie points. “Throw it out there like a favor. Present it like ‘here is the recipe for what will make me happy,’ because everyone wants to make their partner feel happy,” says Wilk. “When you present your needs, present them as what you do want rather than what you don’t want.” Instead of saying, “I hate when you have to have everything scheduled,” try saying, “I would love to have a day where we can just be spontaneous.” 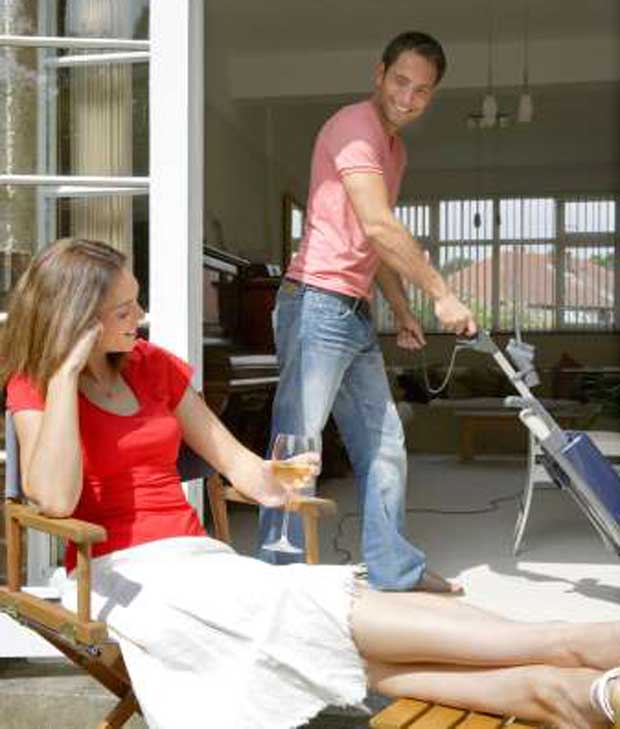 VOCALIZING YOUR APPRECIATION
Giving your partner positive reinforcement sounds like a no-brainer, but couples often forget to do it. “Relationship expert Gottman’s research found that in everyday life, happy couples have 20 positive moments, such as a shared look, compliment, or affectionate touch, to every negative moment,” says Wilk. Tell him something positive three times a day, and be specific. Instead of saying, “You’re a good dad,” tell him why. “You’re a good dad because you helped our daughter with that puzzle, which I never would have had the patience to do.”

FOCUSING ON THE POSITIVE
“Unhappy couples are stuck in a negative state of mind,” says Wilk. “You will always find what you look for. If you look for stuff that bugs you and that your partner is doing wrong, you will find it every day. If you look at what your partner is doing it right, you’ll find it everyday.” It’s a choice to flip your mindset, so when you find yourself getting annoyed, visualize something he does that makes your heart flutter to halt the negative thought circuit. 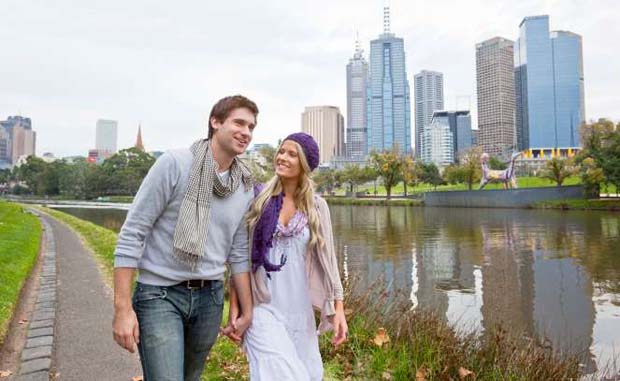 TAKING TRIPS DOWN MEMORY LANE
“Happy couples tend to rewrite history by glossing over the bad stuff and focusing on the happy times,” says Wilk. By reliving memories out loud to your partner, it actually changes your mindset, and how you view him and think about your relationship. Try this exercise whenever your feel your relationship needs a boost: Go over the highlights of when you were first dating, or rehearse the best moments of your relationship (such as the day you had an impromptu picnic in the park during your lunch hour, or that surprise anniversary date he took you on) to uncover buried memories. 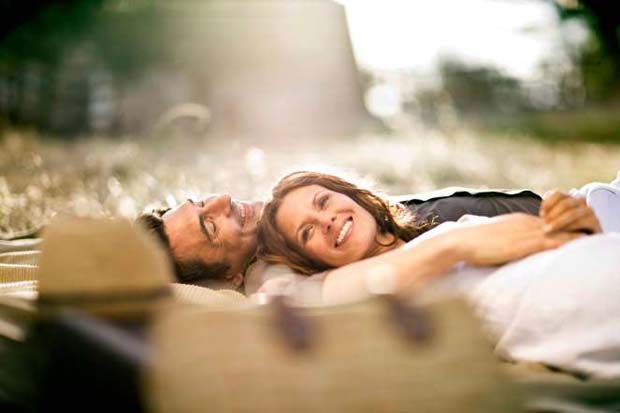 NEVER SIDING WITH THE ENEMY
“Sometimes what affair-proofs a relationship is simply being there when your partner needs to vent, and having their back without trying to fix the problem,” says Wilk. “People want someone to listen to them. The key is to be supportive, and never take the side of the person he’s venting about, even if you can see where that person is coming from. For example, if he is upset that his boss took away a contract and gave it to someone else in the office, now is not the time to say, “Well, maybe you didn’t put your best effort in.” Right now he needs his feelings validated, and to hear you say, “That must have been really hard.” Happy couples know when to bite their tongues. 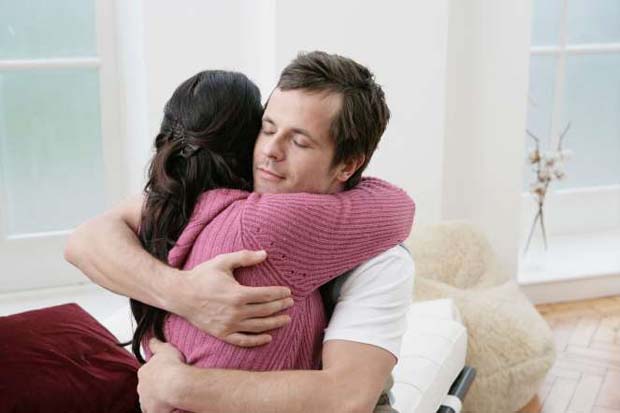 NOT GETTING TOO COMFORTABLE
Trust, security, and commitment are key elements in any relationship, but having them doesn’t mean you can treat your relationship as rock-solid, and stop trying. “Relationships are a fragile ecosystem, and that’s why there is a 50 percent divorce rate,” says Wilk. “Happy couples keep dating, telling each other they look great, and doing things together.”

HAVING RITUALS OF CONNECTION
“It’s not only about having a date night, but happy couples seem to do a lot of mundane things together,” says Wilk. “They have little habits that they decide to do together, whether it be sitting down to pay the bills once a month or folding laundry.” We say, anything to make that pile of dirty clothes feel more manageable. 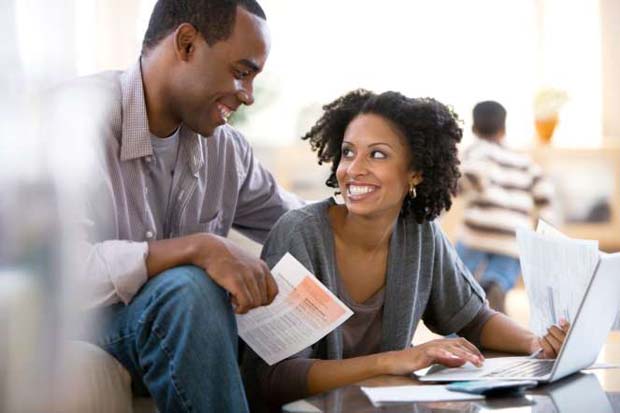 KNOWING YOUR PARTNER’S CALLS FOR ATTENTION
Happy couples are mindful of those little moves their partners do for attention. When Gottman’s team studied 120 newlyweds in his Love Lab, they discovered that couples who stayed married six years later were paying attention to these bids for connection 86 percent of the time, compared to only 33 percent of the time for those who later divorced. So, look out for the little things, and respond to his need to connect. Like if you’re grocery shopping and he casually mentions that he hasn’t had Fruit Loops since he was a kid, throw them in the cart for him to show that you care. 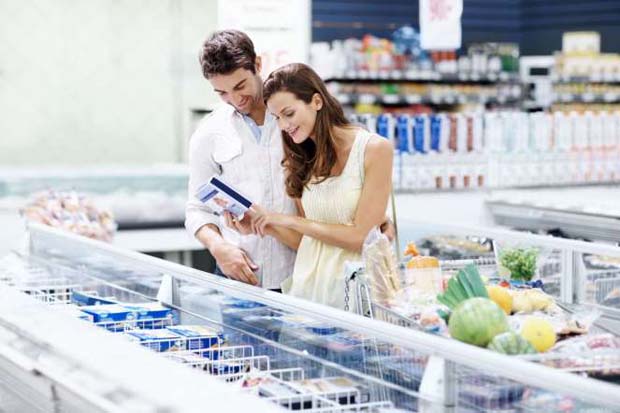 DOING THE LITTLE THINGS
“When it comes to relationship satisfaction, you can’t just ride on the big things like, ‘I don’t drink, I pay the bills, I don’t beat you, we went to Hawaii last year,'” says Wilk. “This stuff is not really what keeps couples happy in their daily lives.” What really matters is all the small stuff that adds up, such as being there for each other when one needs to vent, or noticing when he needs a hug, or making him his favorite meal just because. “It’s also giving up on the idea that you have to feel in love all the time. Marriage is about trust and commitment and knowing each other,” says Wilk. “That’s what love is.”

How Prolonged Sitting is a Huge Health Risk

Sex During Pregnancy- Safe Or Not?

How to Have a Hot Fling After Divorce