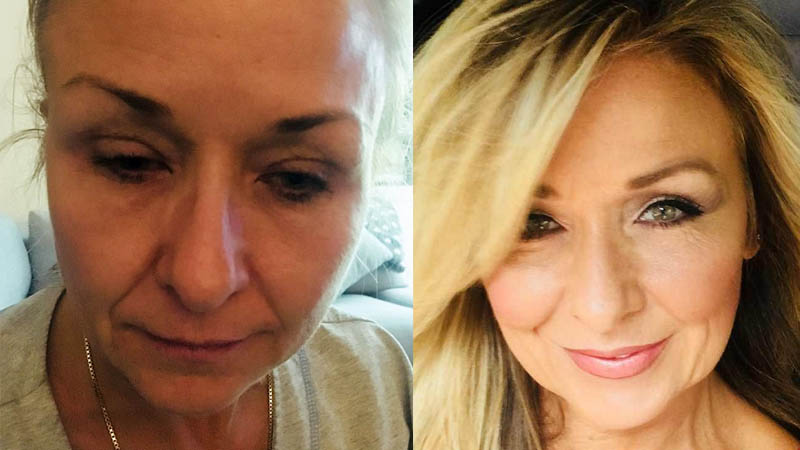 If you wear mascara on your eyes, you should definitely remove it before you go to bed, as one woman found out the hard way.

Teresa Lynch has always loved wearing makeup and had been using mascara on a daily basis since she was in her mid-20s. She favored waterproof mascara since it stayed on her face longer and didn’t smear if she cried or got wet. Teresa also kept a dirty little secret: she never removed her mascara before going to bed.

Teresa started having eye issues when she was around 50 years old. It felt like there was something in them all the time, and it got so terrible that she had to see her eye doctor. He asked her if she wore mascara while examining her eyes, and she said yes, every day.

The hard lumps of mascara had become embedded in the inner surface of her eyelid, and the sharp lumps scraped her cornea every time she blinked. When he flipped her eyelid, it was coated in black tiny dots of solidified mascara instead of being clear and pinkish. She also developed follicular conjunctivitis, a bacterial illness more generally known as pink eye, in addition to the severe condition.

Teresa had done irreparable damage at this time, and the surfaces of her eyes were scarred. To avoid further damage, she would require surgery to remove the lumps under her eyelids. Her eyes felt better after a 90-minute invasive procedure and weeks of recovery.

Teresa still wanted to wear mascara after everything that had happened to her. She first cleared it with her doctor, and when she was able to wear it again, she took sure to remove it completely before going to bed. She wanted to share her experience as a warning to everyone who does not remove their makeup before going to bed. You do not want to suffer permanent eye damage or require invasive eye surgery.

Prince Harry and Meghan set to snub William and Kate in UK visit: ‘No Plans