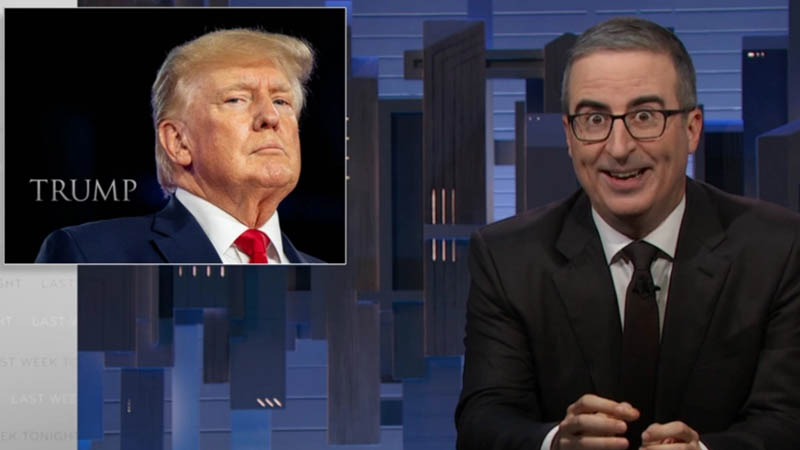 John Oliver recapped another busy week in politics on HBO Max’s last week Tonight. Although President Joe Biden’s administration scored a major victory with the passage of the Inflation Reduction Act in Congress, it was the FBI raid on Donald Trump’s Mar-a-Lago resort that grabbed the most attention.

The late-night host launched his first segment, mocking Trump’s “characteristic restraint” in responding to the FBI’s seizing of records from his home.

In a statement, Trump said that Mar-a-Lago was “under siege, raided, and occupied by a large group of FBI agents” and added, “they even broke into my safe.”

Oliver laughed at Trump’s statement about his safe being opened during an investigation, saying that the only way the FBI agents would not have gotten into his safe would be if the words “No FBI Allowed” were printed on the front.

Although there is still not known about the search in Trump’s home, Oliver slammed Fox News and several vocal Republicans for trying to minimize the investigation.

“I am not going to speculate or jump to conclusions here because there is still so much that we don’t know,” he said. “Many seem more than happy to do that this week, with multiple Republicans liking the FBI to the Gestapo, Fox News trolling through the Facebook feed of the judge who approved the warrant and showing a meme of his face on Jeffrey Epstein’s body, and still others, candidly minimizing what Trump may have done.”

Oliver ended the segment by saying that he would “not be so quick to assume the most cautious [Attorney General] the U.S. has had for a while” in taking the step of sending the FBI to an ex-president’s house “if he didn’t think it was absolutely necessary.”

Bachelorette: Kaitlyn Bristowe Says She and Jason Tartick Are Struggling With Wedding Planning

Woman Wore Mascara To Sleep For Twenty-Five Years. What The Doctors Found Under Her Eyelids Let Them Stunned!

Buttigieg tells ‘The View’ that DeSantis is killing children, causing inflation, and causing a gas shortage

Syrian Townfolk Shocked That ISIS Chief, Killed By US, Was A Neighbour