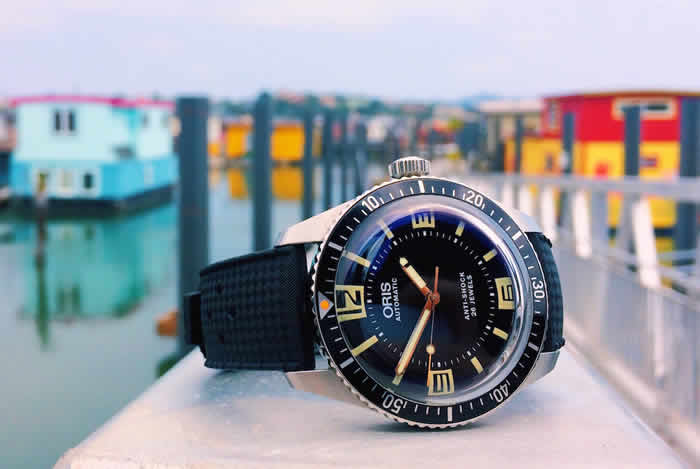 Right around the turn of 2015 when it seemed liked the watch industry as a whole was scouring its archives for inspiration and loading up on faux gilt and beige Super-LumiNova paints, Oris was already priming the Divers Sixty-Five – an obscure reference from the height of the Sixties, resurrected for what would soon become the year’s runaway hit, some 50 years after it was largely forgotten.

Here is the Oris Divers Sixty-Five Topper Edition Watch made for Topper Jewelers.

On paper, the Oris Diver Sixty-Five’s eccentric design language seemed an odd first choice for a nü-vintage remix, but its relative affordability, conservative dimensions, and faithful attention to the detail from the quirky source material have proven to be the winning formula for Oris.

So much so, the secret sauce has quickly been re-tapped for fresh color options, an all-new 42mm rendition with more traditional applied indices, and now this – a subtly revised special edition built in extremely limited numbers exclusively for Topper Jewelers – an authorized Oris dealer in Burlingame, California. 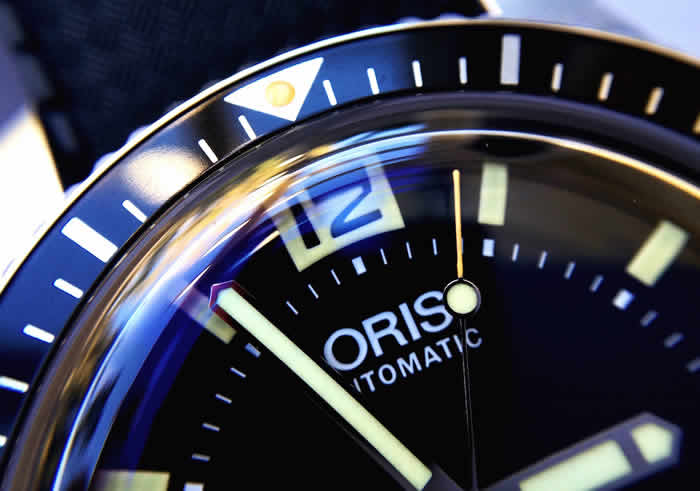 At first glance, the omission of the date aperture at 6:00 (3:00 if we’re referring to the original 1965 version) is an obvious, and welcome exclusive detail that characterizes the Oris Divers Sixty-Five Topper Edition. Here, the omission of the date wheel on the Sellita SW200 movement eliminates the disruption to the minute track and 6:00 marker, bringing an appreciated dose of symmetry and cohesion to the dial.

Eagle-eyed Oris fans might also note the stainless steel bezel missing the PVD finish from the 2015 iteration – a nice Topper detail that more cleanly marries the case and bezel, without giving the appearance of trying too hard to visually emulate the the black plastic friction bezel on the original. 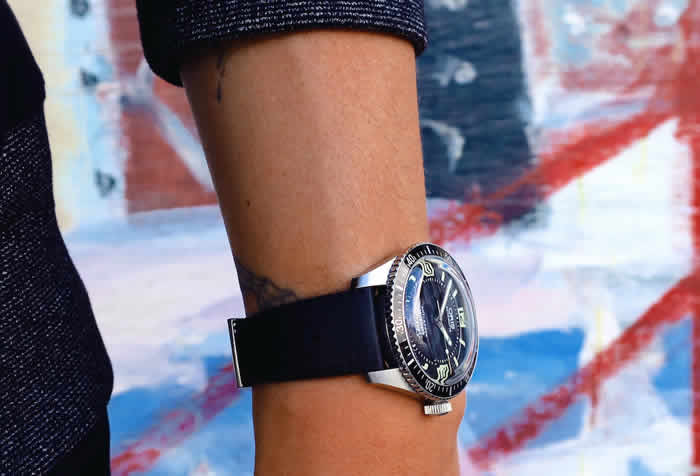 Subtler still is the matching “aged” luminous paint at the bezel pip and seconds hand, and the return to the Oris brand wordmark of yesteryear, along with another vintage signature: the “Anti-Shock 17 (now 26) Jewels” script on the dial. Collectively, they’re minute changes, for sure, but much more than what we tend to see on most special editions, and details that further blur the line between the 2015 homage and the original from 1965 to create something with its own unique character.

Physically speaking, everything else about this stainless steel watch wears identically to the 2015 edition – which Oris gently bumped from 36mm (of the original) to 40mm with 20mm lugs, and fitted with an extremely cool riveted bracelet that tapers all the way down to a wafer-skinny 16mm. 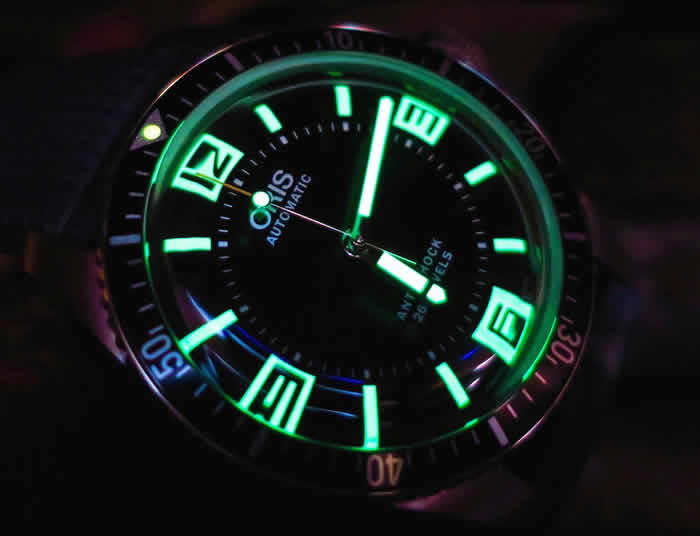 The proportions and on-wrist feel are right in-line with many vintage dive watches, but a far cry from the rest of the modern Oris Diver collection, which starts at 43mm and runs all the way up to a knuckle-dragging 50mm. But perhaps the real show-stopper with the Oris Divers Sixty-Five is the massively domed sapphire crystal, which pulls in light from all angles, bathing the dial edges in retro-glorious distortion, and yielding a package that’s simultaneously highly functional and funky in all the right ways.

It’s an extremely unique look that’s tough to ace on a modern wrist, but Oris nails it here. And thankfully, the 40mm watch head only tips the scale at a hair under 80 grams – enough to exude quality, while maintaining a nicely balanced wear that isn’t overly assertive – even when paired with the bracelet. 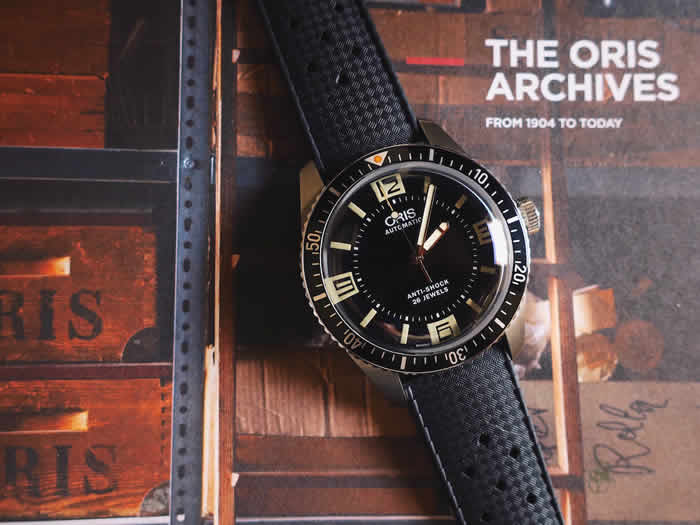 10 Things to Know Before Your First Yoga Class

7 Things to Avoid If You Want Your Marriage to Work