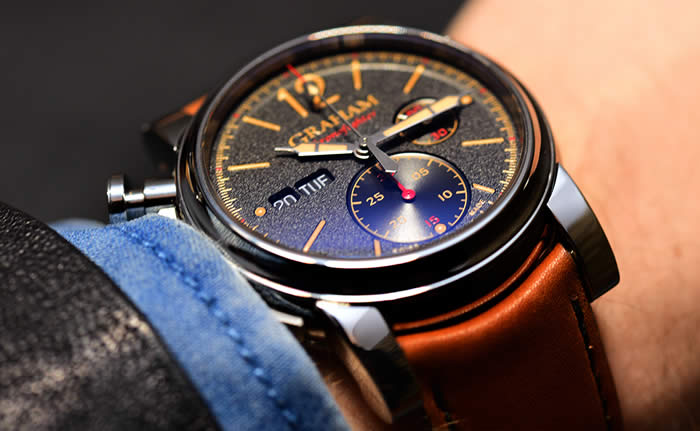 Easily the Graham brand’s most emblematic look is that of the Chronofighter watches which almost resemble wrist-grenades thanks to their distinctive chronograph “triggers.” This year, the design is 15 years old, and that birthday brings us this Graham Chronofighter Vintage watch that we saw hands-on at Baselworld 2016.

Over the last 15 years, Chronofighters got pretty big and crazy at times, but the relatively subdued Graham Chronofighter Vintage gets in on the popularity of the vintage and reissue trend while remaining unmistakably modern Graham.

The whole idea here is to stylistically reference the era and timepieces that inspired the original Graham Chronofighter. That’s right, this wild-looking design actually has a historical analog: the stopwatches with similar trigger-pushers used by air force bomber crews in World War 2. And it is therefore legit. Actually, it’s legit because it is ergonomic and satisfying to use, and because Graham’s excellent quality of execution is evident.

Despite the potentially intimidating look and gnarly but bold case protrusions, we found the Graham Chronofighter Vintage very wearable, comfortable, and handsome. It is, after all, scaled back in size and toned down in styling in comparison to other Chronofighters that we have also enjoyed wearing. 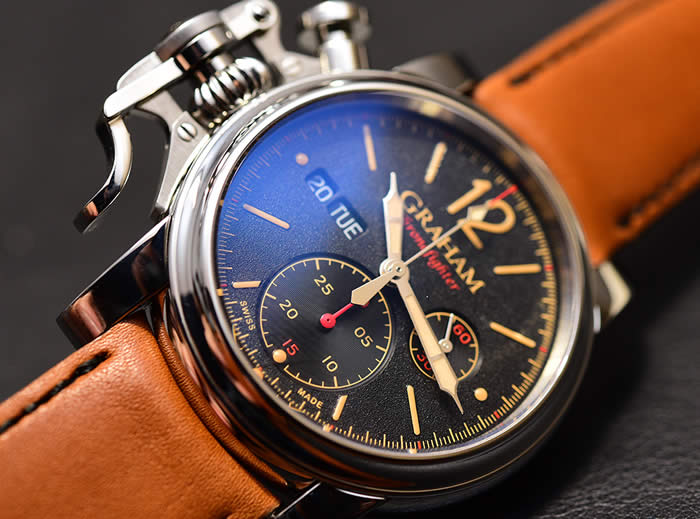 This version is “only” 44mm wide (previous Chronofighters have been much bigger) and seems to have been almost completely redesigned – they didn’t stop with an anniversary dial and “aged” lume. The steel case is all polished and more rounded than a lot of the Chronofighters that came before it.

More notable are the onion-shaped crown and curved trigger structure that may remind one of the austere and now primitive-seeming machine guns from WWI and WWII. The thin font and baton indices are also intended to evoke the WWII era, and I find this dial layout and design well-balanced, and the deeply grained dial texture is fitting and attractive.

While we mostly photographed the reference 2CVAS.B03A version you see here with the red accents, the new collection comprises four models. Three of the versions have the same grained dial, each with different colors and highlights, two of those hinging on the beige lume color.

The fourth version is a lovely blue (ref.2CVAS.U01A). Each comes on a leather strap appropriately matched to its dial. The functionality is not too different here from other Graham Chronofighter chronograph watches, but the layout is changed up slightly, and some of that distinctively Graham look and functionality is worth reiterating. 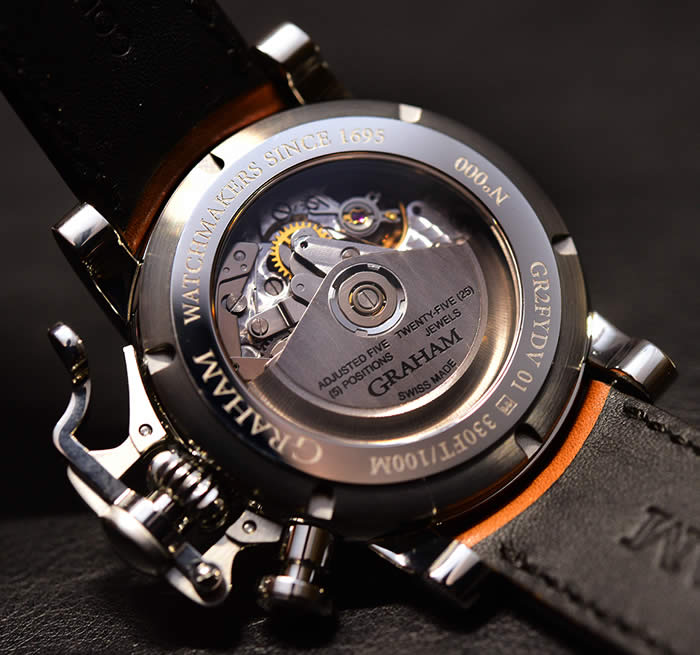 The Swiss ETA Valjoux 7750 automatic chronograph movement (4 Hz, 48-hour power reserve) is called the Graham G1747 in this modified incarnation and on display through the caseback. How has Graham modified it?

Think of the dial layout most commonly encountered in watches powered by the 7750: 30-minute chronograph subdial at 12 o’clock; 12-hour subdial at 6 o’clock; running seconds at 9 o’clock; day and date at 3 o’clock; crown and pushers on the right side of the case. 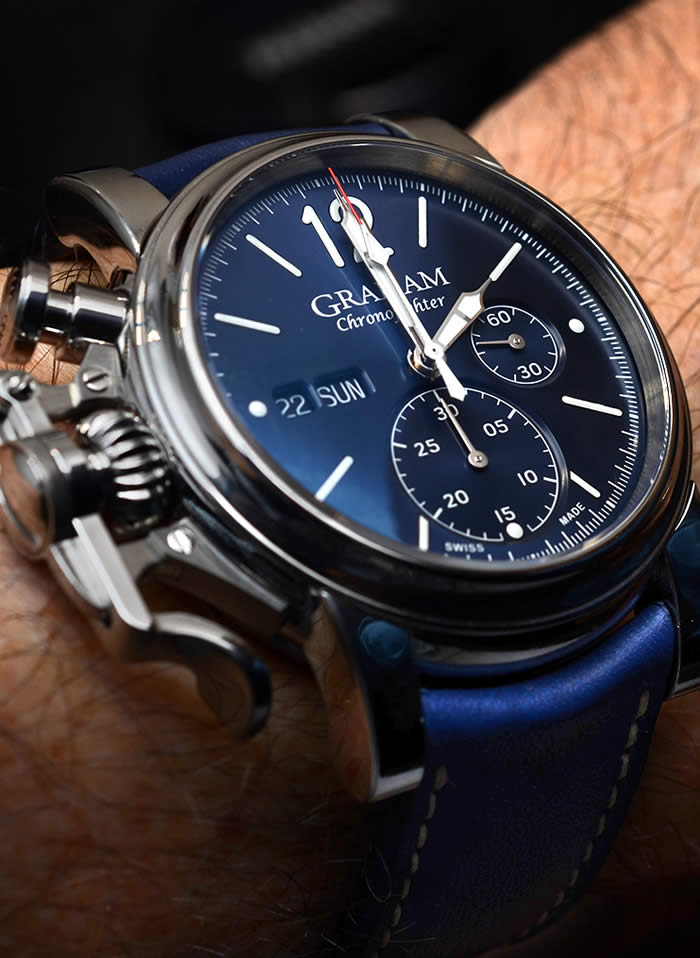 2020 Lotus Elise to Remain True to Its Roots