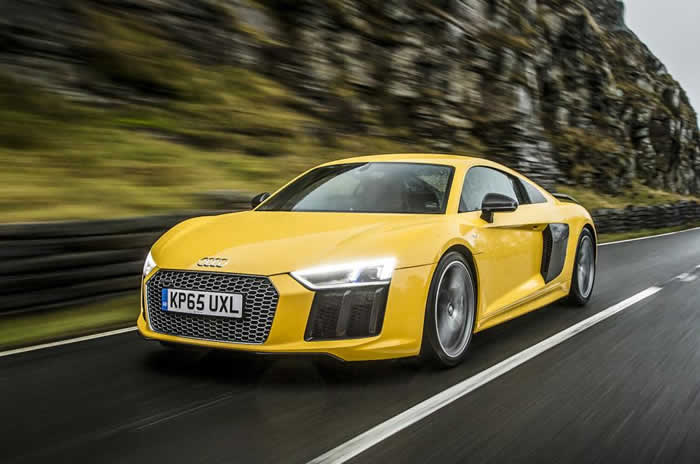 It’s the new R8, in its most powerful, expensive format. We’ve previously sampled the same car on the smooth roads of southern Portugal and the sensational Portimao circuit. That late-summer sojourn out of the way, it’s down to the nitty gritty: namely, England and Wales in the mire of mid-November.

Aside from being right-hand drive, in detail the Plus model remains the same as we left it: the uprated 5.2-litre V10 behind your head, sending power to all four wheels via a seven-speed dual-clutch automatic gearbox and multi-plate clutch differential, and with a lighter, stiffer body thanks to the introduction of carbonfibre-reinforced plastic into the otherwise mostly aluminium build. It’s yours for £134,500. Onward. Very good. In some places exceptional. But, boy, does it suffer from second album syndrome when faced with familiar roads.

The first R8 was a triumph, not least because its brilliance was so unexpected. While it was built (and marketed) in Audi’s image – an AWD, spaceframed Ubermensch among mere monocoques – it felt like a handcrafted, wholly mechanical masterpiece, carved not by the 3D laser printer that Ingolstadt apparently uses to build its saloons, but by measuring, tuning, welding, weighing, trying and tweaking with the fingers and palms of two dozen human hands. 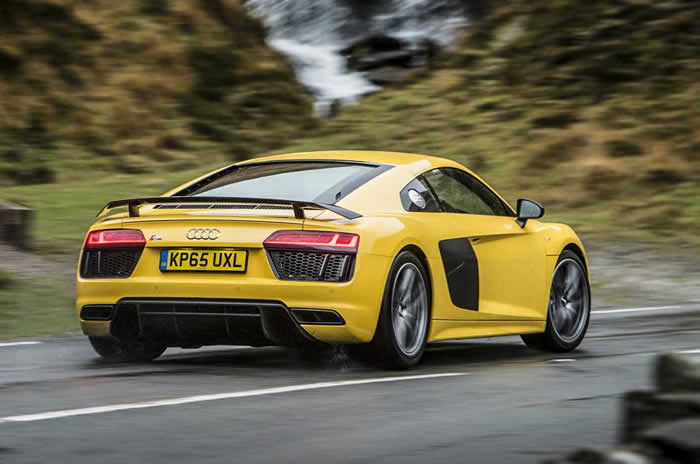 The result was brilliant, a natural-born sports car. Four-wheel-drive and formidable, yet the opposite of the unfeeling item such a concoction ought to have been. Like a wrestler’s handshake, it keyed you into its strength and dexterity immediately – and then gripped your attention no matter where the needle pointed on the speedo. It felt different from any other Audi. It felt like it had a real claim to be one of the best driver’s cars on the planet. Its replacement, for all its quality, does not. It is extremely fast, hugely composed, wonderful to sit in, brilliant sounding and tremendously direct.

But it’s difficult to get under its skin on the road, and surprisingly hard to enjoy it consistently. The reasons for this are plain enough. Blighted with Audi’s optional Dynamic Steering system, the relationship between mitt and contact patch is tangible but not intuitive. Not on the scale to which we’ve become accustomed, at any rate. Its predecessor’s progressive clarity has been replaced with a rack wired for reflex action and a Fijian jink of savage direction change – in other words, the sort of steering predominate elsewhere in Audi’s range. 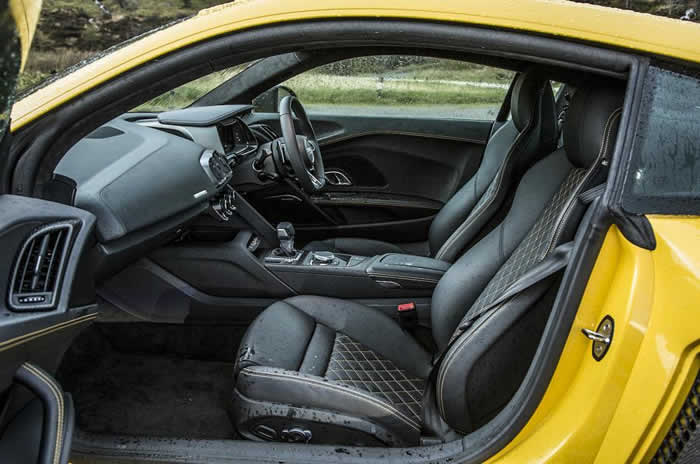 Our test car was on the magnetic ride dampers, too. These were available on the old car, but it hardly mattered whether you chose them or not, so surreal was the comfort levels that quattro coaxed from the spaceframe’s inherent stiffness. There the suspension hardly seemed to have anything to do; here, it’s clearly working very hard indeed. Its efforts are not without a pay-off – the R8 exudes a hard-bodied, ultra-focused sort of pliancy – but its restriction of bodily motions seems overzealous, with any long-wave release of tension tacked too tightly back down before it even gets started.

Then there are the drive modes. All seven of them, including the four stock Audi menu options (Auto, Comfort, Dynamic, Individual) and three additional ‘performance’ ones for the R8 alone. These are toggled from the steering wheel under a new switch and let you choose between Dry, Wet and Snow. 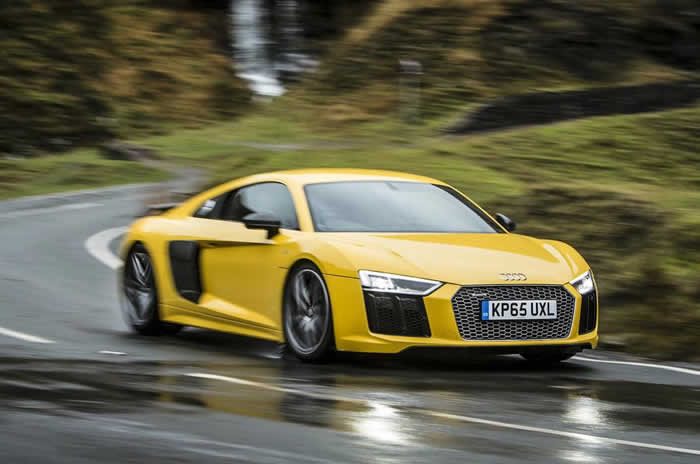 Having been fettled by quattro themselves, the final three are clearly worth getting to know (and show the car in its best light), but then why bother with the other four? Especially as Dynamic comes worryingly close to turning the R8 into the kind of intransigent, clumsy, overstimulated prospect that Audi is notorious for too often turning out. Happily, the news isn’t that bad. After the initial disappointment has faded, there is in fact much to like about this second coming.

Firstly, the V10 remains at the right end of epic. If the writing is on the wall for natural aspiration, this is one of the ways it ought to be remembered. Its crank and valvetrain peel into an appropriate arcade punch machine light show on the digital rev counter when it caterwauls beyond the redline at 8500rpm. Better still, the dual-clutch automatic gearbox’s ratios are tiered like a glamour model’s wedding cake, never letting the revs drop below 7000rpm between changes when flat out – making the R8’s flat out easily the equal of any comparable rival. 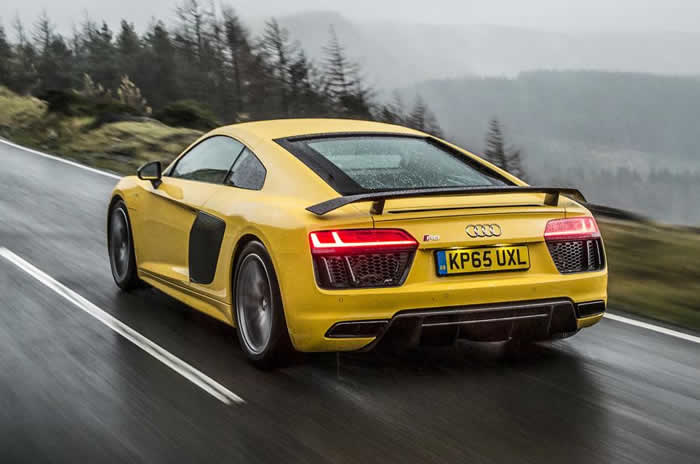 10 Fitness and Diet Tips From Male

10 Must Have Weight Loss Smoothies