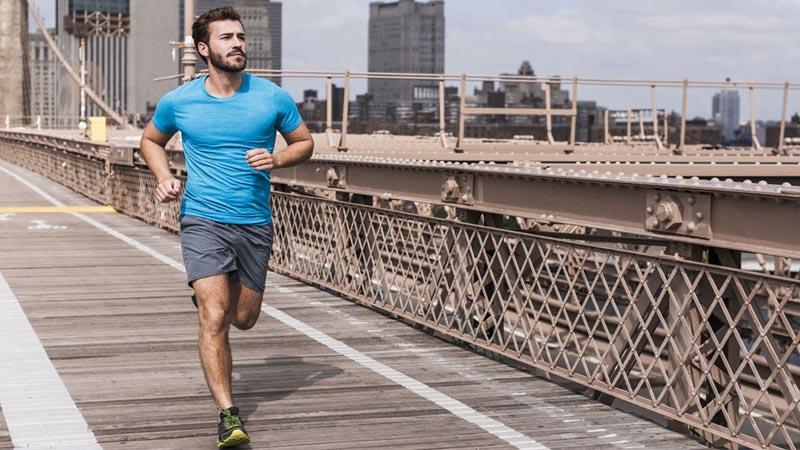 Most Americans are under orders to stay at home. Though they are allowed to go out just to exercise, gyms and other facilities where people can work out are closed. That should not discourage people who want to stay or get in shape because, as research has found, walking is often just as beneficial a workout.

It’s easy to forget that walking is actually an aerobic activity. After all, about 7 billion people do it every day. It’s low-impact, simple, natural, accessible, and has many health benefits.

A study from the University of Utah showed that the body may actually be made to walk. Walking is physically easier on the body, but the body still requires to take in more oxygen than in sedentary mode, providing the same benefits as running.

Not even a third of American adults exercise on a regular basis, according to the Centers for Disease Control and Prevention. Just about 23% meet the federal guidelines for aerobic activity and strength training.

The rule of thumb is to get at least 150 minutes of moderate-intensity aerobic exercise a week, according to the 2018 Physical Activity Guidelines for Americans. Breaking the numbers down, that’s 30 minutes five days a week. This sounds like a small price to pay if you want to significantly improve both your physical and mental health.

As we age, our bones become weaker, but walking regularly can strengthen them. As we walk, we increase stress on bones — and some of the cells building the bones, called osteoblasts, respond to stress. Low-impact walking can also help prevent bone density loss. You can build even better bone mass by race walking, doing some jogging when you walk, or by adding weights such as ankle weights. Less body fat

Interested in burning fat without going to the gym? Then try walking. While losing weight largely depends on your nutrition, exercise is also important. But the exercise doesn’t have to leave you exhausted. It can be as easy as walking.

A 2014 study published in the Journal of Exercise Nutrition and Biochemistry found that walking between 50 and 70 minutes just three days a week for 12 weeks resulted in an average body fat loss of 1.5% — or 1.1 inches around the waist — in obese women. Of course, picking up the pace is likely to result in even more calories burnt.

You can literally walk your way to a stronger heart. Walking is an aerobic activity, and as such, it increases heart rate and blood pressure, resulting in greater efficiency of the heart. Analysis of several studies concluded that walking reduced the risk of developing heart disease by 31%. This was true for both men and women who walked as little as 5.5 miles a week at a slow pace of 2 mph.

The general recommendation for adults is to get at least 150 minutes a week of moderate-intensity aerobic activity. Brisk-walking, which is a pace of about 2.5 mph, is an example of such activity.

The physical benefits of exercising have been demonstrated by dozens of studies. More research is focusing on how aerobic activity benefits mental health. Moderate-intensity exercises, including walking, have also been shown to prevent depression, according to a study published in JAMA Psychiatry.

Exercise is also very helpful in decreasing depressive symptoms. Some data suggest that the focus should actually be on how often a person engages in physical activity rather than on how intense the workout is.

Want to keep away colds and the flu? Walking is a tonic for boosting your immune system. According to a study by Appalachian State University in North Carolina, a brisk walk for about 30 to 45 minutes a day can increase the number of immune system cells in your body. Dr. David Nieman of the university, who conducted the research, has studied the effects of exercise, diet, weight, gender, and education levels on people’s health at the university. In his findings he said that “regular aerobic exercise, five or more days per week for more than 20 minutes a day, rises above all other lifestyle factors in lowering sick days during the winter and fall cold seasons.”

Long-term regular physical activity, including walking, is associated with “significantly better cognitive function and less cognitive decline in older women,” according to a 2004 study published in the Journal of the American Medical Association. The study included nearly 19,000 women aged 70 to 81 who were assessed for cognitive decline over two years. It found that women who walked at an easy pace for at least 1.5 hours a week had higher cognitive scores than those who walked less than 40 minutes a week.

Walking may turn out to be a medicine for painful inflammation in any joint, according to the Arthritis Foundation. Walking strengthens the muscles, which results in less pressure on the joints and thus less pain. An indirect effect may be weight loss. A healthy weight lessens stress on the joint, also alleviating pain. Walking on a regular basis releases the cartilage in knees, improving circulation, and thus removing inflammatory waste products from the joints.