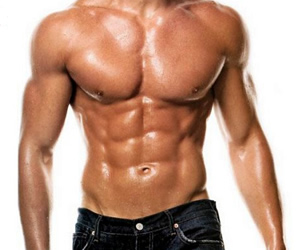 If your body is overall bulky then it is the time that you should join gym to burn all the fat and get an ultimate six pack. For ultimate six packs it is very important to look before anything you eat.

Forget about taking 3 meals a day and try to adopt habit of taking 5 meals a day. This is very helpful to achieve ultimate six packs. 5 meals a day will increase the metabolism of the body and in this way food will be digested in a much faster way. This also helps in building muscles and when muscles are built then calories are burned. After workings out for six packs try to take liquid meal which consists of protein shake this will give strength to your muscles.

Make your goal to take around 1 to 1.5gm of protein per every kg weight of your body. Intake of protein increases the metabolic rate of burning fats which results in getting ultimate six packs. Some common sources to get protein are from chicken, beef, ostrich and fish etc for six packs.

Like intake of carb, carbohydrate and protein are important to get ultimate six packs in a same way it is important to take in fat too. But it is very important to keep balance when taking in fats. If you want to use oil in your food then you should take olive oil or coconut oil.

This Workout Will Build Muscle and Size in 50 Days