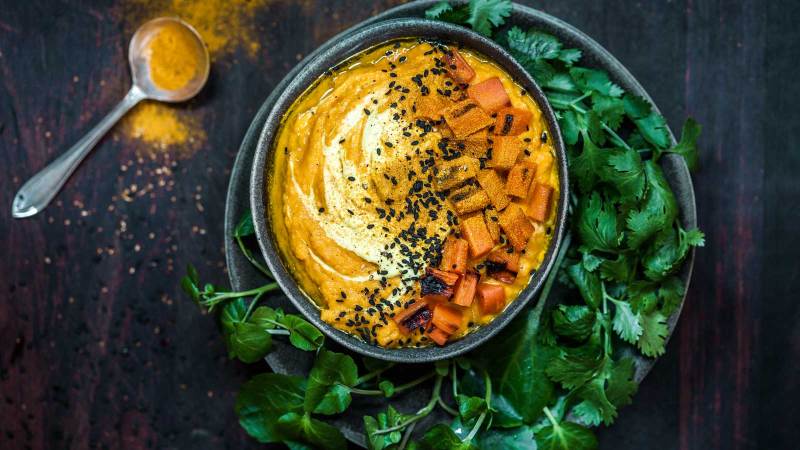 You’re down with spinachOpens a New Window. and kaleOpens a New Window., and you may even flirt with chard on occasion. But if you routinely pass by the pile of watercress at the farmers market, you’re mak­ing a mistake. The green is a nutrition power­ house—especially for the fitness minded.

For starters, it’s high in antioxidantsOpens a New Window., com­pounds that promote recovery after exercise. A study in the British Journal of Nutrition found that guys who exercised hard, then ate a handful of watercress every day for two months, showed fewer signs of cell damage than those who skipped the green. Their bod­ies were repairing themselves faster from the tough workouts—probably due to those anti­oxidants, researchers think. It also meant that the plant eaters were ready sooner for their next high ­intensityOpens a New Window. bout. Leafy Greens Minimize Damage Caused By Workouts Opens a New Window. Plus, watercress has a ton of two antioxi­dants in particular—vitamins AOpens a New Window. and K.

Those help build healthy bones and tissue, boost the immune system, and maintain eye health. Watercress is in season, so grab a bunch (or three). Store it in a perforated bag and eat it soon—it goes bad quickly. Add watercress to sandwiches and stir­-fries; mince it with garlic, olive oil, walnuts, salt, and pepper for pesto; and toss it in salads. Some even swear it’s a hangover cureOpens a New Window.. Only one way to find out.

10 Hottest Hunks at the GQ Men of the Year Awards

7 Healthy foods You Should Be Eating for Breakfast

Honey and Soy Chicken with Cashews