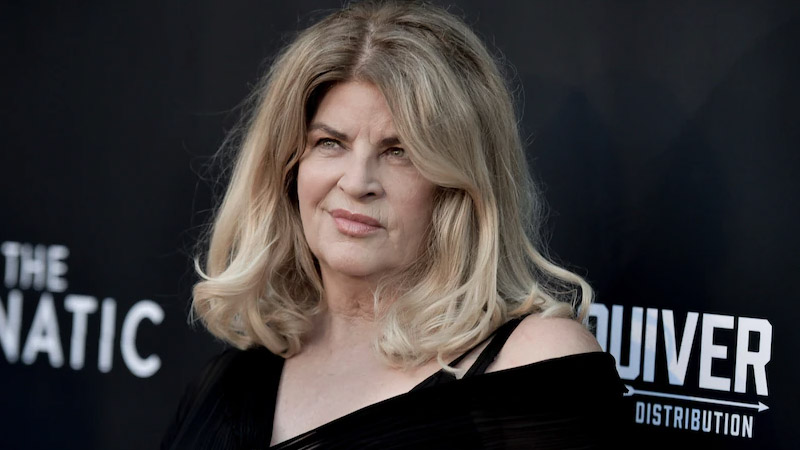 Hollywood star Kirstie Alley left behind a massive net worth following her passing at the age of 71. The late actress was noted for her roles in Cheers and It Takes Two, among other great movies, and died on Monday, December 5, 2022.

“We are sad to inform you that our incredible, fierce and loving mother has passed away after a battle with cancer, only recently discovered,” her children, True and Lillie Parker, wrote in a statement posted to her Instagram. “She was surrounded by her closest family and fought with great strength, leaving us with a certainty of her never-ending joy of living and whatever adventures lie ahead. As iconic as she was on screen, she was an even more amazing mother and grandmother.”

Continue reading to learn about Kirstie’s net worth and how she made money. How Much Money Did Kirstie Alley Have? According to Celebrity Net Worth, Kirstie Alley died with a net worth of $40 million. How did Kirstie Alley make a living? Kirstie Alley rose to prominence in Hollywood after starring in the NBC classic series Cheers. After winning Emmys and Golden Globes for her work on the program, Alley moved on to the sitcom Veronica’s Closet and, subsequently, the crime series The Last Done.

She won another Emmy for the made-for-TV film David’s Mother, cementing her position in entertainment history. Alley brought her talent to the big screen, appearing in films such as Shoot to Kill and Drop Dead Gorgeous maintaining her presence as a Hollywood A-lister.

Alley had a successful acting career, but she never meant to live her life on camera. Alley started her career as an interior designer before appearing on a variety of game programs in Los Angeles. With a natural talent for acting, the Cheers actor started getting minor television appearances before landing a significant break with Star Trek II. By 1987, she had secured the part of Rebecca Howe on Cheers starring Ted Danson, and she had turned into the star fans had come to know and love. Alley was a bona genuine superstar by the 1990s, having won one Emmy and one Golden Globe from four and three nominations, respectively.

When Cheers ended in 1993, Alley moved on to other sitcoms as well as serious ventures large and small, however, her acting career had begun to wane by the early 2000s. Alley tried to feature in her own program called Fat Actress, but only had one season of success. She kept a low profile while still appearing on television from time to time.

Dancing With the Stars was one of the major boosts to Alley’s return. Alley impressed spectators and judges when she competed in 2011 and came in second place. The Cheers alum made it obvious that she was just getting started by starting her own business and concentrating on an organic lifestyle.