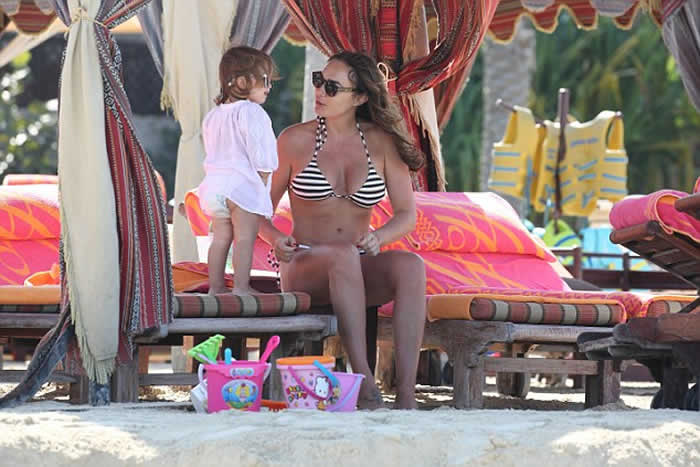 She is said to be in turmoil over her husband’s legal woes, with sources claiming she is ‘sick with worry’.

Yet Tamara Ecclestone looked as though she did not have a care in the world as she paraded along a Dubai beach with her daughter Sophia on Friday – seemingly putting on a brave face amid the troubles. Looking incredible in a sexy striped bikini.

The 31-year-old Formula One heiress appeared to be worlds away from her spouse Jay Rutland’s concerns, after he was arrested and charged for helping an one-the-run drug baron.

Tamara showed off her incredible gym-honed curves in the scanty two-piece which struggled to contain her ample assets. The striped number perfectly exhibited the entrepreneur’s figure, while also suiting her beach environment due to its nautical theme. 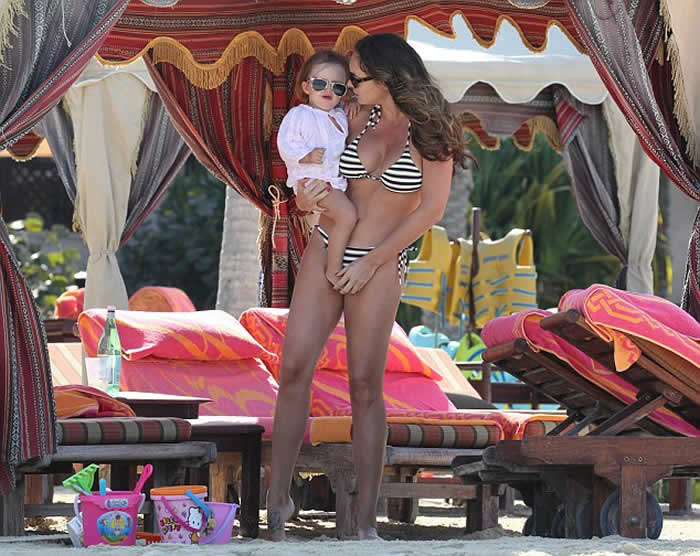 Her long, lithe legs were emphasised by her high-rise bikini bottoms, which tied on her slender hips.

Shielding her eyes with a pair of no-doubt designer sunglasses, she appeared to go make-up free for her day of mother-daughter bonding in the scorching climes on their holiday, in which they stayed at the exclusive Atlantis, The Palm hotel. Her brunette tresses were worn in beachy waves, looking sensational as they billowed in the sea breeze.

Adorable Sophia looked right at home as she was perched on her mum’s hip sporting a white, linen cover-up and pair of mammoth sunglasses – looking huge on her tiny face.

The inseparable pair later took up residence on a sun lounger, masked by a curtain and the duo looked deep in conversation. The jaunt to the United Arab Emirates comes as Tamara’s husband and Sophia’s father is hitting headlines in her home country. 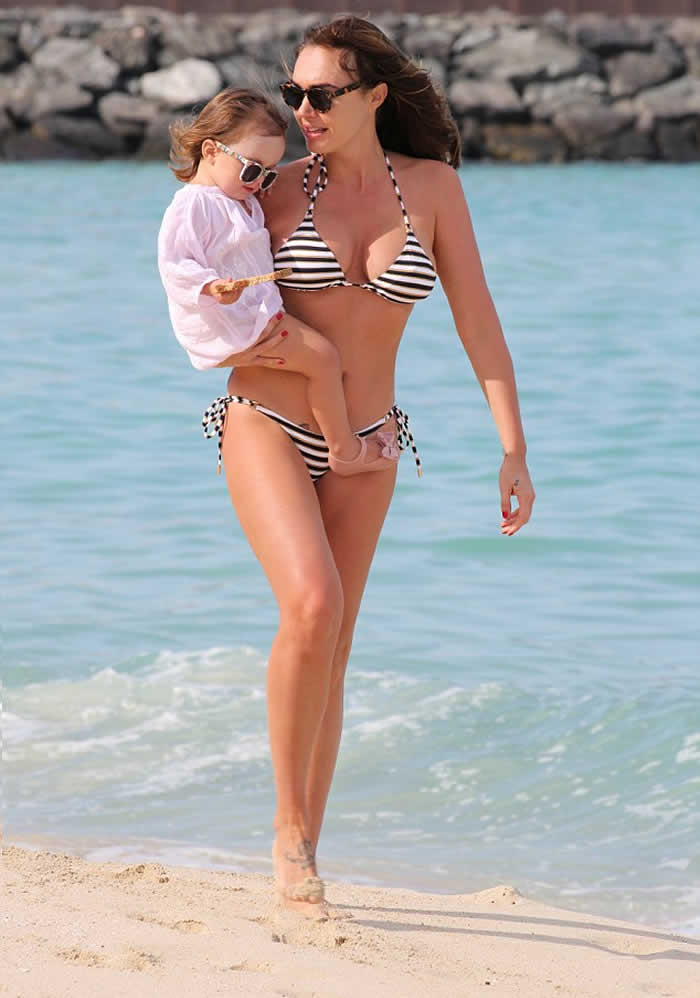 Jay, who Tamara married in June 2013, has been arrested and charged with helping an on-the-run drug baron.

He is accused of assisting James Tarrant, 66, who absconded while awaiting trial for drugs and guns charges in 2010. Former city trader Jay strenuously denies the allegation he helped Tarrant – who at the time was one of Britain’s most wanted men. 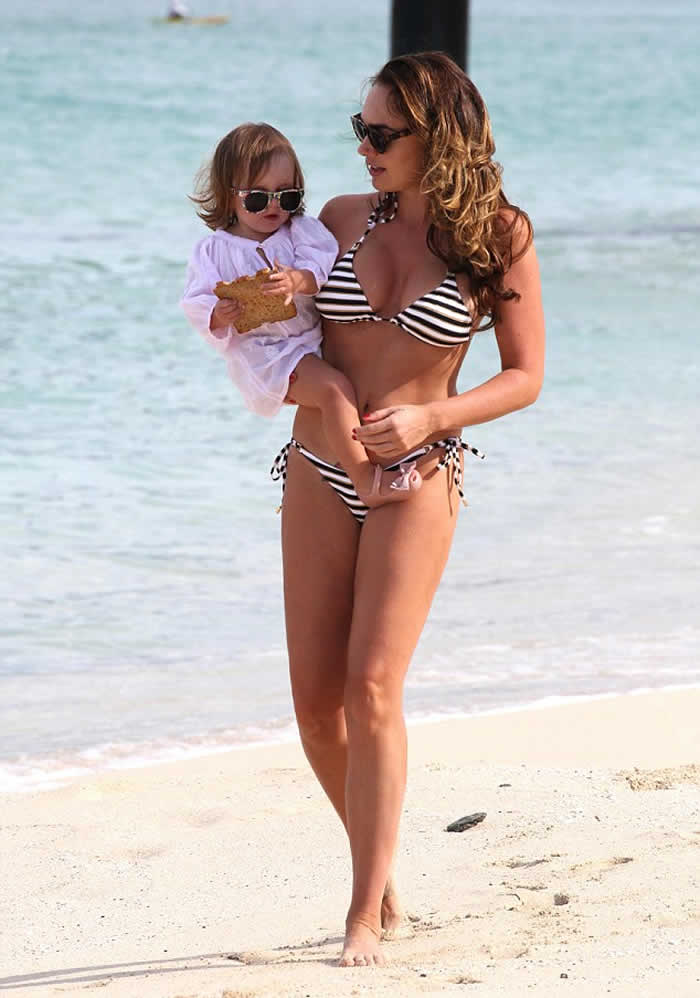 In a statement, his spokesman told The Sun on Sunday: ‘Mr Rutland voluntarily attended a police station and assisted the police with their inquiries. He was later charged. Despite the concerns, avid social media user Tamara has been keeping her 196,000 Instagram followers up to speed with her holiday. Sharing a host of adorable snaps of Sophia, the heiress appears to be keeping a stoic silence amid the legal troubles in her life.