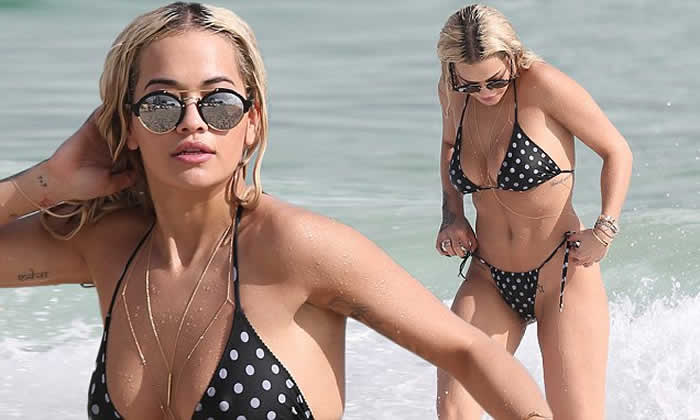 She’s been flaunting her amazing physique in an array of revealing swimwear while holidaying in Miami.

And Rita Ora, 25, was at it again on Wednesday as she emerged from the ocean in a black and white polka dot bikini with daringly cut bottoms, which left little to the imagination.

The saucy singer’s sunkissed curves were on full display as she confidently made her way onto the beach.

Read More: Jayde Pierce Shows Off her Underboob in a String Bikini

After narrowly avoiding an embarrassing wardrobe malfunction on Monday, the busty star ensured her bikini bottoms were securely tied on both sides as she exited the water. 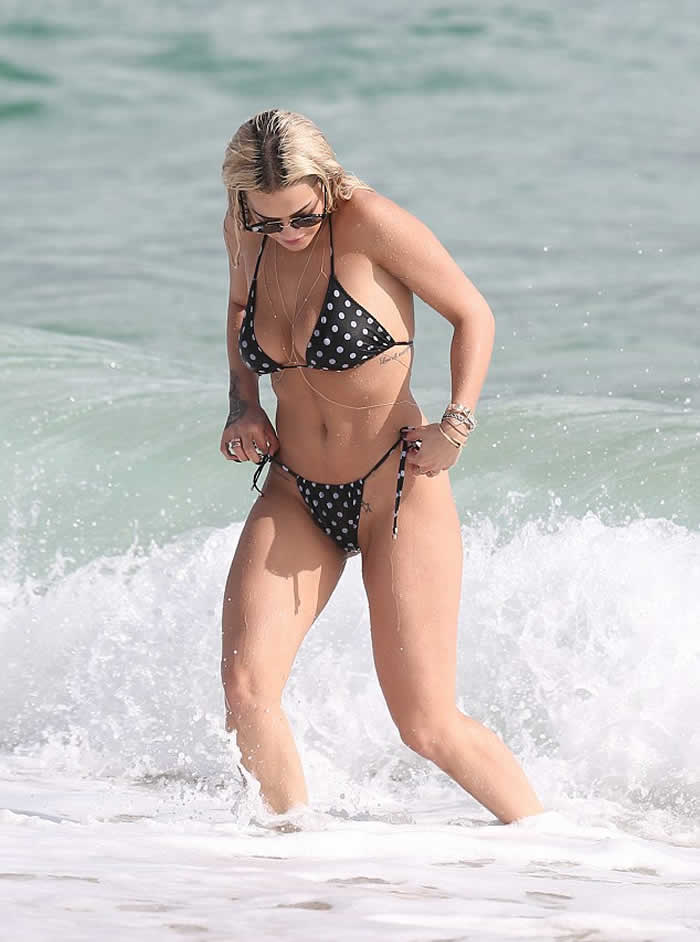 Rita’s plethora of tattoos were clearly visible, including an intimate star and the word ‘all’s fair in love and war’ on her right hip.

She reached up to scrunch her damp blonde hair as she made her way inland, before allowing it to fall behind her shoulders to dry naturally in the sunshine. 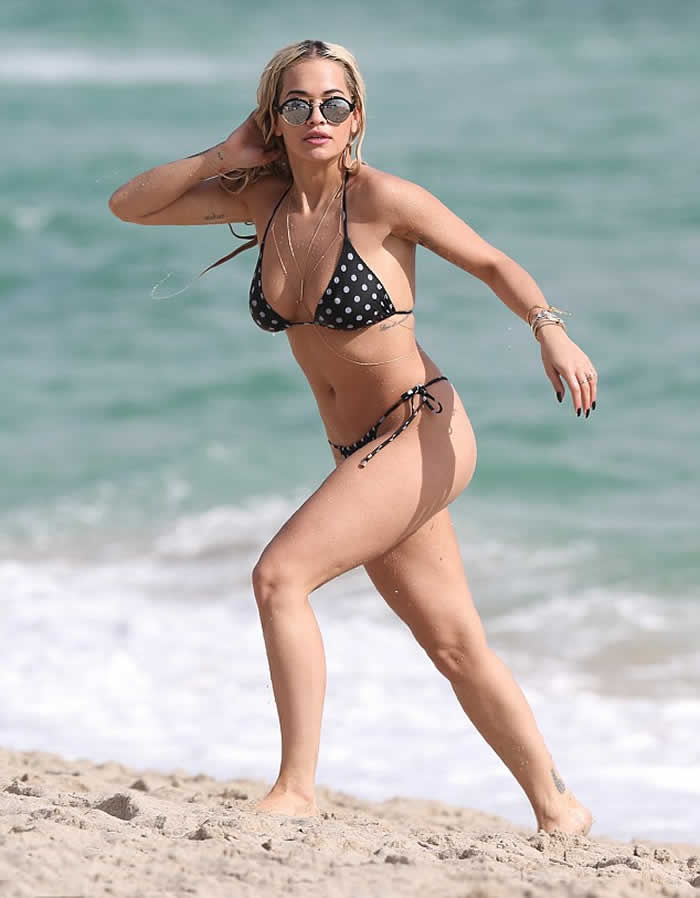 The X Factor judge rocked a intricate gold body chain and a pair of circular mirrored shades as well as a number of bangles. She made her way to the beach with her model pal Daisy Lowe. 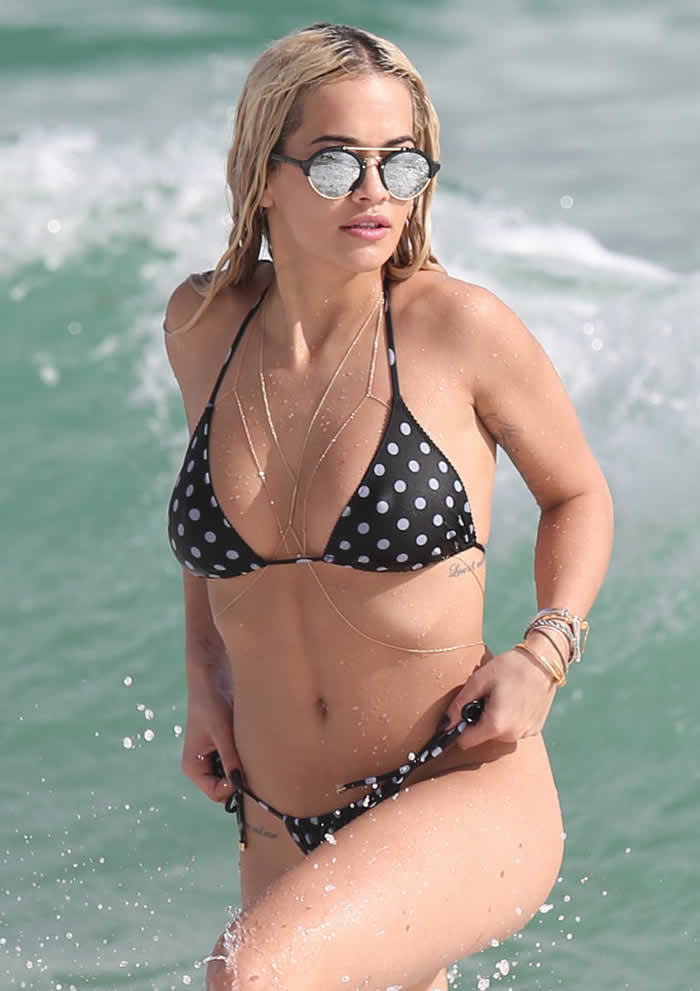 Wearing a wide-brimmed cream sunhat and a billowing black semi-sheer over shirt the star strode confidently along the boardwalk in a pair of black flip flops.

Read More: Lauren Silverman Shows off Her Curves in a Tiny Red Bikini

Daisy was the epitome of rock star chic, teaming a loose white t-shirt with a pair of heavy duty black military boots and mirrored shades. 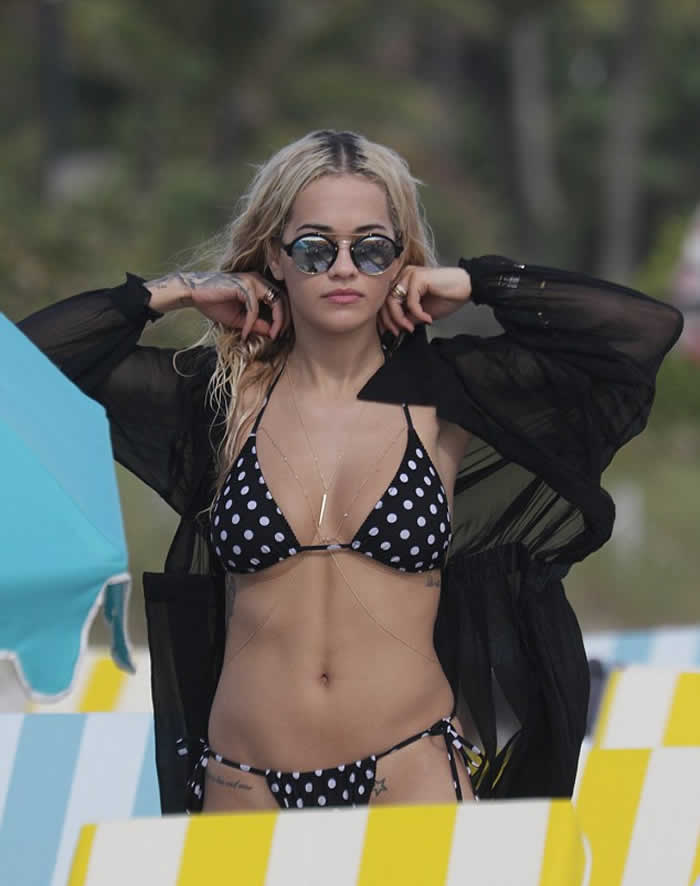 Rita carried her belongings in a large Chanel bag while Daisy opted for a smaller black leather piece.

When they eventually made it onto the white sand, 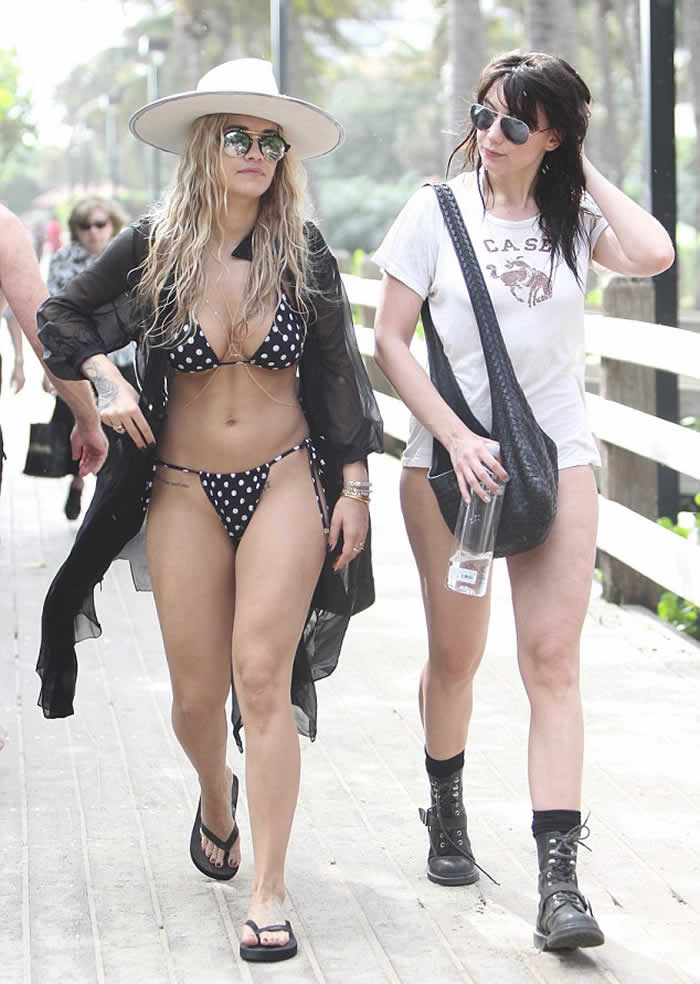 Rita took a phone call as she navigated parasols and sun-loungers.  Rita arrived in the Florida-based city on Sunday, along with her best friend and X Factor co-star Nick Grimshaw.

Tamara Ecclestone Shows Off Her Assets in Striped Bikini