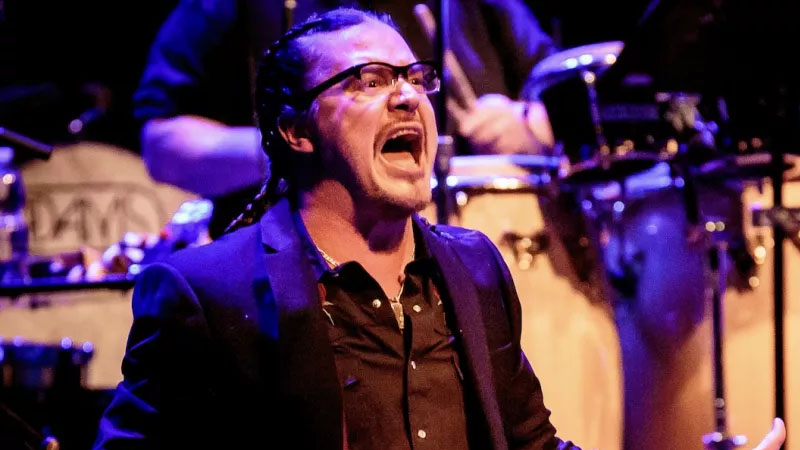 Having pulled out of Faith No More and Mr. Bungle touring plans in 2021, Mike Patton is set to return to the stage in December

Mike Patton will return to the stage in December for three shows in South America with Mr. Bungle.

Patton announced in September 2021, just days before Faith No More was set to play a series of headline shows in America, that he would be unable to commit to future touring plans with both FNM and Mr. Bungle due to “mental health reasons.”

“I have issues that were exacerbated by the pandemic that is challenging me right now,” the singer posted on Twitter. “I don’t feel I can give what I should at this point, and I am not going to give less than 100 percent.”

“The bands support me in this decision,” he continued, “and we look forward to working through this in a healthy way.”

Patton opened up about his mental health issues in a July interview with Rolling Stone, revealing that he has agoraphobia.

“I was afraid of people,” he explained. “I got freaked out by being around people. And maybe that was because I spent two years basically indoors during Covid. I don’t know. Maybe it reinforced feelings that I already had.”

“That sort of anxiety, or whatever you want to call it, led to other issues, which I choose not to discuss. But I got some professionals helping me, and now I’m feeling better and getting closer to diving back in. Towards the end of the year, I’ll be doing my first shows in, like, two years, which is the longest time since I started doing this, that I’ve been out of the game.”

The dates Patton was presumably referring to have now been announced: Mr. Bungle will play dates in Chile, Argentina, and Brazil in December.

The band will play:

In his July interview with Rolling Stone, Patton was asked about the possibility of returning to live action with Faith No More. In answer to the question, Where do things stand with Faith No More now?, the singer replied: “Radio silence. [Laughs]. I don’t know. We may reschedule stuff; we may not. I’ll just leave it at that. It’s a little confusing and complicated. So if we do, we do. If we don’t, that’s cool, too.”

Trump could have kept hold of a foreign nation’s nuclear secrets since they had the “highest price tag” for classified information, says Former FBI assistant director