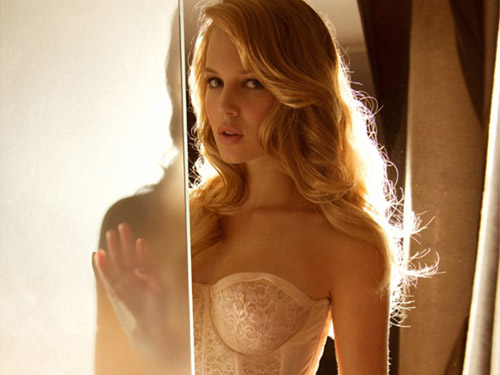 Troubled Hollywood star Lindsay Lohan threw a hissyfit after discovering a young and sexy model had been picked to star in a promotional film for a lingerie brand – and NOT her. The flame-haired star, 27, agreed to make a cameo in a short film to promote a lingerie range called Miss Filthy when she was just 34 days out of rehab. However, on her new documentary series for Oprah Winfrey’s OWN network, which debuted last night, the emotional actress was seen dissolving into tears following a row with producer Jeremy Frommer – and accusing him of lying to her about the nature of the shoot. 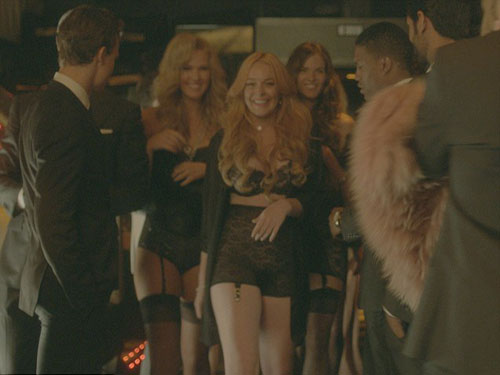 But today, Mr Frommer tells Mail Online he believes Lindsay Lohan was upset after discovering he had hired stunning model Casie Chegwidden, 21, to star in the promotional film Miss Filthy Gorgeous instead of her. He reveals that FAR from being upset, Lindsay had happily spent the day before the OWN scenes were shot filming with him at 1 Oak – the Manhattan hotspot he part owns – and knew exactly what the shoot entailed, adding: ‘I was surprised and confused by Lindsay’s over-the-top reaction.’ In the documentary, Lindsay – who claimed to be ‘excited to start this new chapter’ – after years of trouble, was shown reverting to her old ways as she rowed with Mr Frommer, telling him: ‘This is not the way I would show off lingerie. 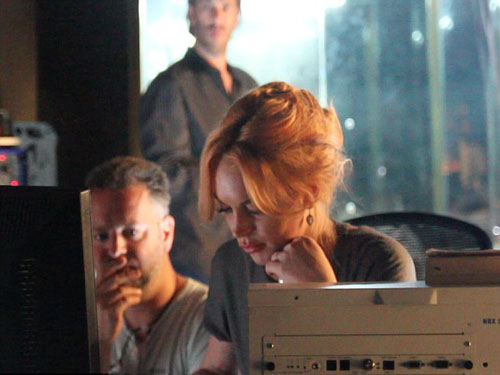 ‘She told the cameras: ‘I thought this was a photo shoot that was going to be filmed.’And then they added this weird dialogue. I don’t like being lied to’. When Mr Frommer tried to get to the bottom of what was upsetting Lindsay Lohan she said, ‘When we discussed this… I was the girl that had the love story. That was interesting to me. That’s why I wanted to do this.’ And showing pictures of Lindsay happily sitting with him in front of the cameras at the shoot, which was being directed by famed fashion photographer Indrani, Mr Frommer told: ‘It’s clear that Lindsay had been deeply involved with the filming. 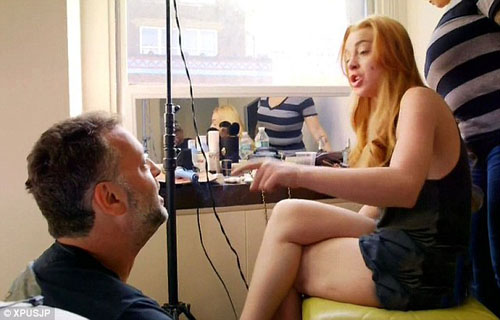 We had originally offered Lindsay Lohan the starring role in the film, but scheduling made it impossible, she had commitments.’Then after we spent the day filming at 1 Oak, she said she wanted to be the love interest in the film- but we’d already conducted a huge worldwide search and hired model Casie Chegwidden. ‘She was p***ed off it wasn’t her. And then the day that Casie gets there, she throws a tantrum in the dressing room, so we go upstairs and talk on the rooftop, where I say to her this isn’t going to work and she pulled out. In the documentary, Lindsay Lohan personal assistant, Matt Harrell, tells the cameras: ‘They wanted to change the script… that’s not what we agreed upon.’ When the former Disney star told Mr Frommer that she would rather be in London promoting her movie The Canyons the producer got angry and blamed her schedule for the problems. 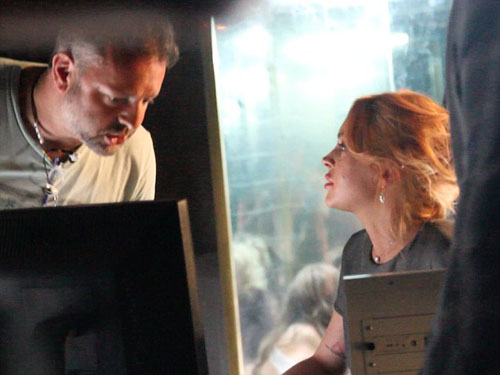 ‘Listen to me!’ Lindsay Lohan then said, pointing at shocked Mr Frommer, ‘Now I’m getting p***** off. I canceled my faling trip! Don’t put words in my mouth.’ Starting to sob, she cried: ‘This is not what I signed up for,’ and stormed out of the makeup area. Mr Frommer attempted to clear the air with the out-of-control star later, but Lindsay said she felt uncomfortable with the shoot, and ultimately pulled out of it. However, he told MailOnline: ‘Lindsay said on camera she quit because we lied, or she couldn’t deal with it. 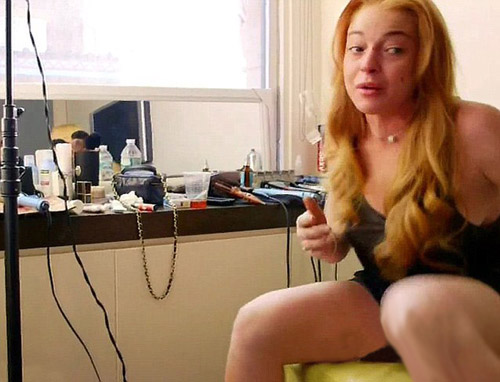 She had filmed with us the day before, she knew what the score was-  she had lines. She even had Christian Louboutin dropping off shoes so she could have her pick of designer shoes for the shoot. ‘On the documentary, at first she says it was supposed to be a photo shoot with no dialogue – then she says she was supposed to play the love interest, even though she knew the part was already taken. ‘What more proof does anybody need! She knew what was going on, she was just upset she wasn’t the star and that’s it.’