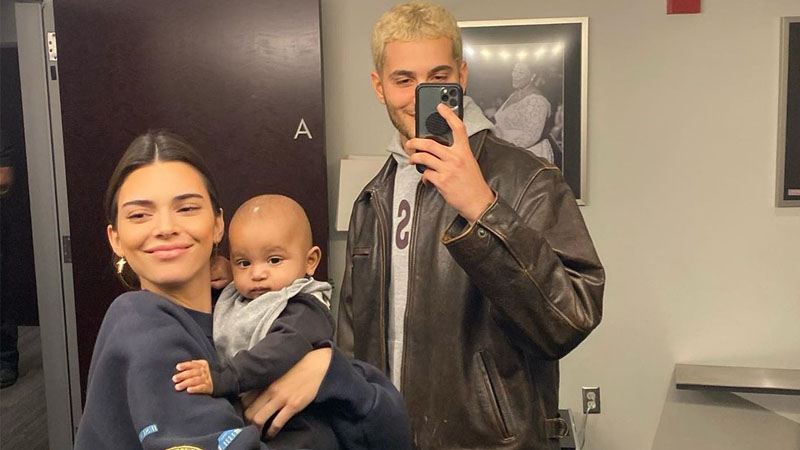 It has been over a year since Justin Bieber and Hailey Baldwin said ‘I Do’ and the power couple recently teased the idea of having babies when the pop singer wished his super model wife on her birthday. But looks like the baby fever has now passed on to Hailey’s best friend Kendall Jenner. The model took to Instagram and caused a social media stir when she shared snaps of herself hanging out with her nephews, Saint West and Psalm West.

While sharing these adorable pictures, Kendall also posed a question to her followers and fans.The model wrote, “everyone in favor of Fai and i starting a family say “I”.”  The caption was met with much enthusiasm as her bestie Hailey, Kylie Jenner and Kim Kardashian among many others commented positively in the headline.

The enthusiasm of everyone’s comments is worth mentioning as Hailey wrote, “I SAY YES.” Momager Kris Jenner said “I” with a heart eyes emoji. Currently, Kendall is the only Kardashian-Jenner sibling who is yet to become a parent.

Speaking about younger sister Kylie Jenner’s pregnancy, Kendall had said in an interview to Elle, “It’s obviously a bit weird that your little sister is having a baby before you. I didn’t expect it to happen like this. But it’s beautiful.” What are your thoughts on Kendall Jenner’s post?

How to Cook and Carve the Perfect Turkey