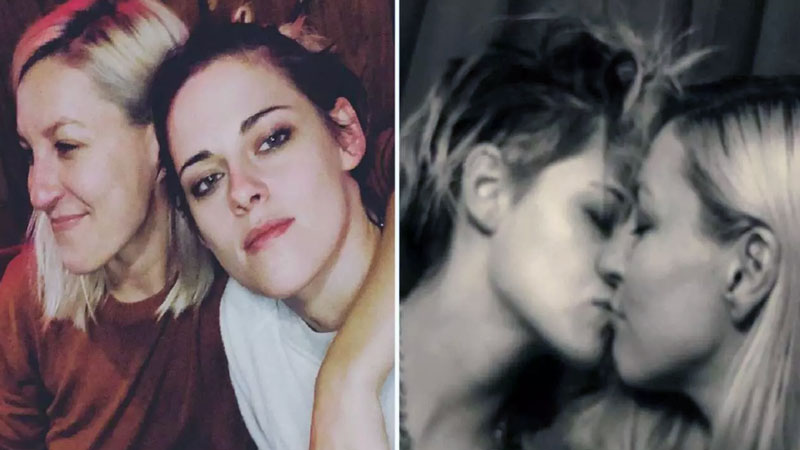 Actor Kristen Stewart on Tuesday revealed that she is engaged to her girlfriend Dylan Meyer, who she has been dating for two years. The ‘Twilight’ made the revelations during her appearance on SiriusXM’s ‘The Howard Stern Show’ and also added saying that her wedding is underway.

“We’re marrying, we’re totally gonna do it. I wanted to be proposed to, so I think I very distinctly carved out what I wanted and she nailed it. We’re marrying, it’s happening,” she said, as reported by E! News.

The actor also addressed that who was proposing was a point of confusion in their relationship. “I wasn’t specific at all. It’s not a given that I would be the one. Do you know what I mean? With two girls, you never know who’s going to fulfill what weird f****** gender role thing.

We don’t do that or think about it in those terms. She just grabbed that bowl and made it happen. It was so cute.” Dylan is an actor and a writer and is known for films such as Moxie, Rock Bottom, and Miss 2059.

During her last appearance on the talk show, Stewart had said that she wants to get married one day. She had also said that she is in love and that she would “absolutely” propose. “I can’t f–king wait,” she had said.

The rumors about the romance between Stewart and Meyer started when they were spotted walking together holding hands in Los Angeles, and that speculation intensified when Meyer shared that she was moving out of her home after 10 years.

“Today is my last day in my house of ten and a half years. Expect a deluge of sappy nostalgic posts incoming because I am very emotional about saying goodbye. This spot felt like a true palace to me, even though it was basically a pile of sticks scotch-taped together and I lived in what amounts to a closet for the first five years. This was the place where I really grew up and just being there taught me the kind of lessons that no other person really can about having a space to take care of or sometimes trash but then take care of again. It taught me about what it means to have a home and not just a house. @maggiemclean and I were a couple of broke child idiot punk dirtbags when we first moved in – we financed our first TV set and paid the $300 cost off over two years. Most of our home decor was trash we found on the street. We had epic parties that ended with cheesecake on the ceiling and confetti that would seep out of the cracks of the living room for years afterward. We filled that place with unbelievable quantities of love. My house gave me my best friend, but even the time I lived alone there was sacred and crucial and full of the good kind of growing pains. Shoutouts to my honorary sister and on and off roommate @teigertales and to my precious landlord Jose- the dude with the most chill and the most chihuahuas. Shout out to Atwater Village and all my cool skunk friends. Your little mod outfits are chic as shit and don’t let anyone give you a hard time about how you smell after I’m gone. This has been an unforgettable ride. Thank you for everything my sweet little house.” Dylan wrote on Instagram.

Earlier this year Dylan had written a birthday message for Stewart that read: “Life sure is sweeter with this cute little family. Happy birthday, kiddo. You knock my socks off.”

Last year, while speaking to InStyle Magazine, Stewart opened up about being hounded to label herself. “I was going out every day knowing I’d be photographed while I was being affectionate with my girlfriend, but I didn’t want to talk about it. I did feel enormous pressure, but it wasn’t put on me by the [LGBTQ+] community.

People were seeing those pictures and reading these articles and going, ‘Oh, well, I need to be shown’. I was a kid, and I felt personally affronted. Now I relish it. I love the idea that anything I do with ease rubs off on somebody who is struggling.

That s–t’s dope! When I see a little kid clearly feeling themselves in a way that they wouldn’t have when I grew up, it makes me skip,” she had said. Kristen Stewart previously dated supermodel Stella Maxwell and actor Robert Pattinson. On the work front, Stewart will be next seen in Pablo Larraín’s ‘Spencer’, where she will play Princess Diana. The movie is written by Steven Knight, which is scheduled to release on November 5.

Depp-ly in love: Johnny and Amber Living together

Jessica Alba Is Not Comfortable With Her Body