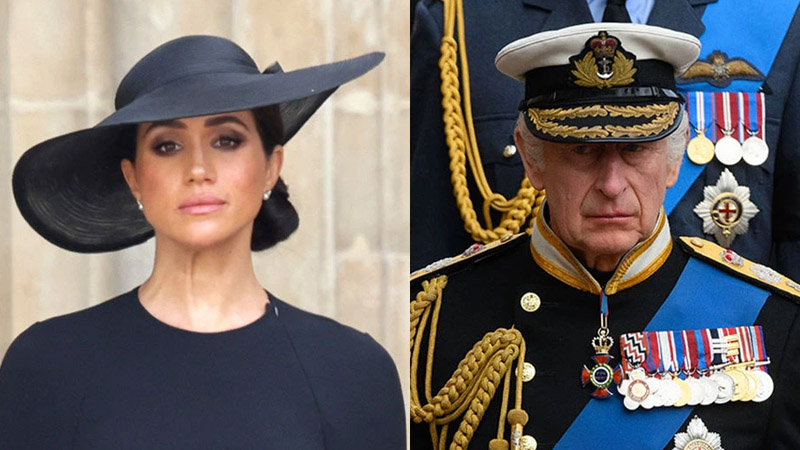 King Charles has exiled Prince Harry and Meghan Markle, according to reports. A source close to the new reigning monarch told the Daily Beast about the King’s future plans for his son and daughter-in-law.

According to the source, King Charles would exile his son because of Edward VIII’s abdication. “The royals handled the abdication crisis by exiling Edward which meant he and Wallis ultimately came to seem like unimportant, misguided, disloyal, and even treacherous individuals to almost the entirety of the British people.

It was a masterful operation in the service of which the Queen Mother, in particular, worked tirelessly.” The source continued, “The same thing is already happening with Harry and Meghan, and will only gather pace over the next few years under the rule of King Charles. And of course, a wayward second son is far less of an existential threat to the fabric of the monarchy than a wayward king.”

Another former Buckingham Palace worker revealed the logistics of the coronation and how it will exacerbate Harry and Meghan’s exile. “Harry and Meghan will get an invite to the coronation but they will be firmly seated in the cheap seats along with [Princesses] Beatrice and Eugenie, as they were at the funeral.

That will be it. Charles will be ruthless when it comes to protecting the Crown, and that means keeping Harry and Meghan as far from the center of gravity as possible,” the former staffer said. As per Yahoo News, the exile news came after reports that Meghan and Harry were still uneasy with the Royal Family following Queen Elizabeth’s death.

Royal expert Christopher Andersen explained to Us Weekly on September 13, 2022, “Harry and a Meghan still are uneasy.” He continued “We’ve seen that in a recent interview that Meghan gave. It’ll take an awful lot, I think, for those to get things back to where they were, and it’s all sad.”

Andersen is referring to Meghan’s most recent interview with The Cut, in which she discusses the restrictions imposed by The Firm before she and Prince Harry stepped down from their Royal Family duties. “There’s literally a structure by which if you want to release photos of your child, as a member of the family, you first have to give them to the Royal Rota,” The Suits alum explained about the U.K. press.

“Why would I give the very people that are calling my children the N-word a photo of my child before I can share it with the people that love my child? You tell me how that makes sense and then I’ll play that game.”

In his statement on the Archewell website, Prince Harry gave tribute to all the fond memories he had with his grandmother when she was alive. “Granny, while this final parting brings us great sadness, I am forever grateful for all of our first meetings — from my earliest childhood memories with you, to meeting you for the first time as my commander in chief, to the first moment you met my darling wife and hugged your beloved great-grandchildren.

I cherish these times shared with you, and the many other special moments in between. You are already sorely missed, not just by us, but by the world over. And as it comes to first meetings, we now honor my father in his new role as King Charles III.” He also mentioned how she and her husband Prince Philip are reunited. “We, too, smile knowing that you and grandpa are reunited now, and both together in peace.”