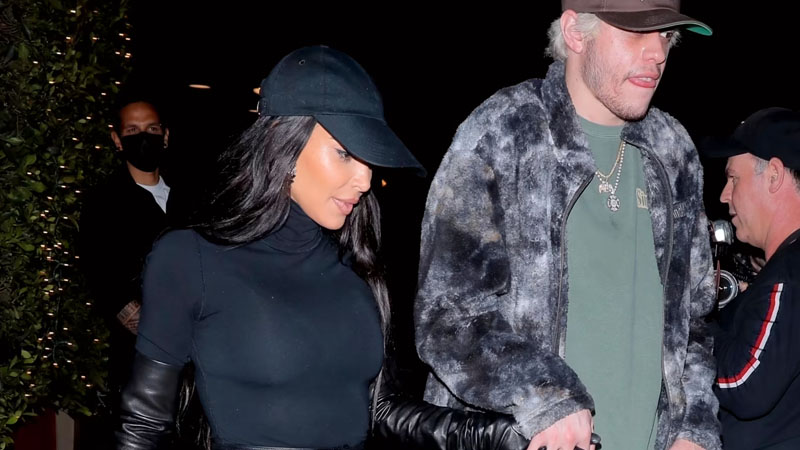 On Hulu, Kim Kardashian and the rest of the Kardashian family have a new tv show called The Kardashians. Fans want to know if the new series, like the just concluded Keeping Up with the Kardashians, will include their love stories, particularly Kim and Pete Davidson’s.

The notion of Pete Davidson starring in The Kardashians has not been ruled out by Kim Kardashian. He should not, however, be there on a routine basis.

In an interview with Variety, Kanye West’s ex-wife opened up about her current partner for the first time. She stated that she has yet to film with the Saturday Night Live comedian in order to answer questions from fans.

While she wasn’t against the idea, the KKW beauty stated that it’s not something the 28-year-old actor does on a daily basis. If there was an event going on or he was just passing through, she was sure he would never ask the camera to go.

Kim Kardashian teased that she had something big in the works, but it won’t be disclosed until the second season. Fans would be able to observe how the couple met and who shook hands first to start their connection.

She went on to say that viewers would understand how it happened as well as all the juicy details that everyone wanted to know. She stated, “I’m definitely open to discussion, and I’ll definitely explain.”

According to Us Weekly, The Kardashians will consist of 40 episodes spread out over two seasons, with the possibility of more. They could also work on other Disney-related projects.

After appearing on Saturday Night Live in October 2021, the aspiring attorney and Pete Davidson were first linked. During their part as Jasmine and Aladdin, the two shared an on-screen kiss.

They were frequently seen together in New York and California after that. After filing for divorce in February of that year, they finally confirmed their romance with their large PDA snaps in November 2021.

In addition, Kim Kardashian has no intentions of criticizing Kanye West on The Kardashians. She said that she would never criticize the father of her children on camera.

Despite everything, the 41-year-old star believed that dragging her ex-name husband through the mud would never make her happy. It’s difficult to be in the public glare and openly discuss disputes, but she preferred to resolve the matter quietly.

Kim Kardashian was a strong believer in winning in public and criticizing privately. The Kardashians are set to release on Hulu on April 14th.