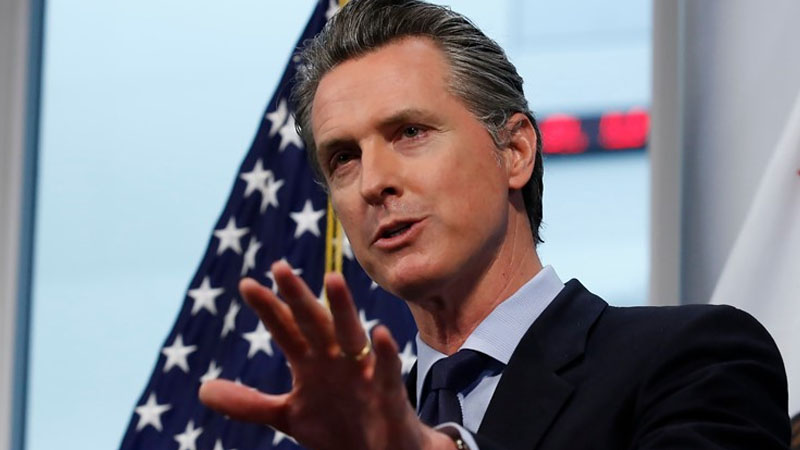 Governor Gavin Newsom wants to give money to Californian taxpayers to help with the state’s increasing gas prices. During his annual State of the State address on Tuesday, the governor announced the planned tax relief.

“Working for legislative leadership, I’ll be submitting a proposal to put money back in the pockets of Californians to address rising gas prices,” Newsom said.

As per reports, the proposal’s details are fuzzy, but a spokesperson for the governor’s office said the administration wants to move quickly on billions in relief.

“The administration is developing a proposal that puts money directly in the pockets of Californians. It will take the form of a tax rebate,” the spokesperson said. “We are looking to move quickly on this, the Governor is focused on providing billions in relief to Californians who are suffering from rising gas prices across the country due to the ongoing situation in Russia.”

The governor will most likely try to pass his proposal during state budget negotiations. Newsom announced the proposed return on the same day that President Joe Biden stated the US will ban all Russian oil imports, noting that this would raise gas prices for Americans.

Due to supply chain challenges, gas prices were already climbing, and California now has the highest average price for a gallon of gas in the country.

According to AAA, the average price per gallon of regular increased to a new high of $5.57 statewide on Wednesday, up from $5.44 only a day before. In the Los Angeles area, some gas stations have been charging more than $7 a gallon.

“Help is coming, help is on the way,” Newsom’s senior economic advisor Dee Dee Myers said. “We want to make sure that money gets in the hands and into the pockets of people who are paying these gas prices and not in the hands of companies that might take advantage to increase profits.”

According to the Associated Press, Myers informed reporters that the rebate will most likely be limited to car owners.

The governor’s office told KTLA that it will also include funds for undocumented immigrants. Toni Atkins, Senate President Pro Tempore, and Anthony Rendon, Speaker of the Assembly, issued a joint statement supporting the refund plan.

“Californians are rightfully upset at the skyrocketing cost of fuel. The Legislature will put the state’s robust revenue growth to work by returning substantial tax relief to families and small businesses as fast as possible,” the statement read.

“Gas, food, and other prices are up, so our focus cannot be a small cut to the gas tax that might not get passed on to consumers. Instead, the Legislature will seek tax relief from the General Fund. This can avoid taking critical funds away from road repair and improvement, while fully protecting Proposition 98 funding for schools.”

Kevin McCarthy’s fake victory will have economic and political consequences