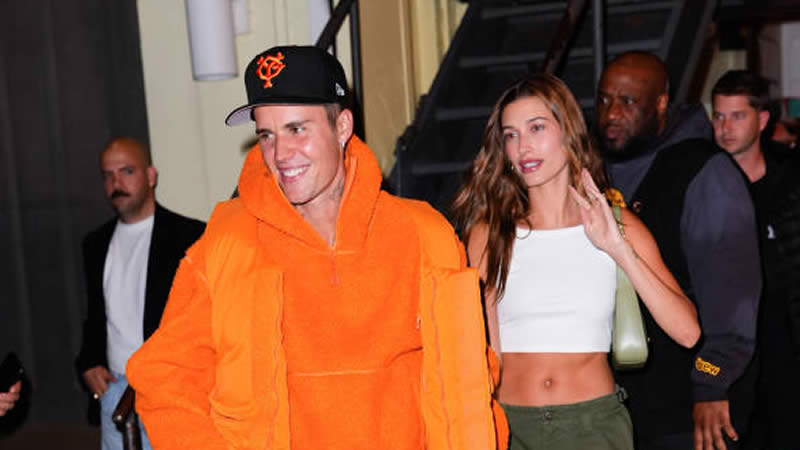 Justin Bieber and his wife Hailey, who have both been suffering health issues, have had a difficult few months.

The singer recently revealed that he has Ramsay Hunt syndrome, which has left half of his face paralyzed, and that his wife suffered a “mini-stroke” earlier this year.

On Wednesday, Hailey appeared on “Good Morning America,” where she stated that she is “doing well now” and that it “feels good” to be off medication. She also gave an update on her husband’s condition, as per Dailt Mail.

Hailey went on to say that dealing with these health difficulties together and being open about them brought them closer together.

“Going through this together and being together and it bonds you, so that’s the silver lining in these crazy times.”

The model said on YouTube in April that she had a health scare while eating breakfast with Bieber one day. According to ET Canada, the model had surgery to fix a PFO (a hole between the left and right atria in the heart).

Last week, the “Peaches” singer revealed his diagnosis on Instagram, claiming that a virus had damaged his nerve system. While Bieber is improving steadily, Hailey is still battling with the aftereffects of her procedure.

“My body is taking a little longer to heal than they thought it would,” she said while appearing on the cover of Byrdie. “After they did the heart procedure, I’m always the person who’s in a rush to get back to things, but this has taught me that it’s not physically possible sometimes.”

She did take her doctor’s advice seriously and waited two weeks after surgery to begin her workouts, but it opened her incisions. So, she had to resort to low-impact exercises like Pilates for the time being, despite her love for fitness, which she notes is “an important part of my routine and day.”

Angelina Jolie Jokes She Has a ‘Long List’ of Relationship Deal-Breakers: ‘Been Alone Too Long’