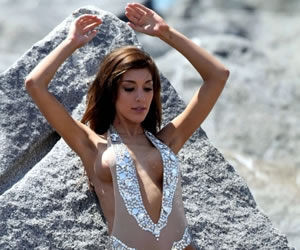 She assures her fans that the film was made safely as well. “I’ve learned a lot. As my young fans and others should expect I made sure my partner was tested and clean as well as contraception was used. This is just something I personally needed for me.” The single mom to daughter Sophia, 3, stressed that she’s done collaborating with Deen — and wishes her onscreen partner had been Sophia’s late father Derek Underwood, who died in a 2008 car accident.

“If my ex boyfriend Derek were alive, I would of rather it had been him with me. But sadly I feel I will never have another boyfriend or love, given that others intentions are not in the right place. But I will always continue living and staying positive. Thank you for understanding during this shocking time.” – Usmagazine

5 Teas That Make you Slim