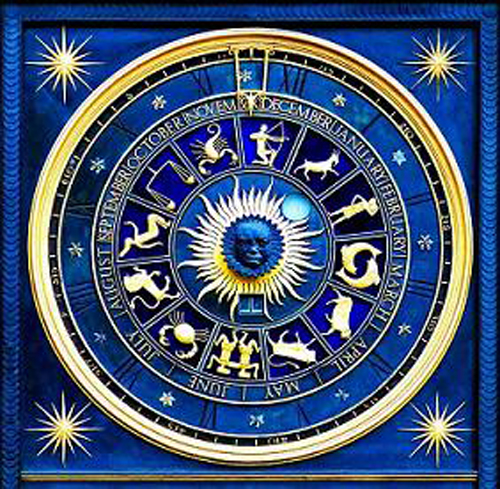 Your Business Horoscope looks at your Business potential for the week ahead. Wondering whether a new business opportunity is going to come your way? How are your job prospects shaping up? Select your Sun Sign from the list below to view your Horoscope.

Mars’ last full week in your Business sector is all about embracing your professional passions and fighting spirit, knowing that the warrior planet of the cosmos won’t be back again until 2016. Due to leave next Friday this is bound to be creating some urgency, with a mixture of false and justified. Yes, there is a sense of urgency when it comes to getting excited about your options and throwing yourself into the things that excite you, your professional passions and fighting spirit, but not when it comes to any sense that you’ve got to bring things home before Mars leaves. With plenty of back up on the way any urgency surrounds getting things moving, though while the professional gods will give you to late January to wrap things up, they’ll want the bulk of it over by the New Year.

After the Moon’s visit to your work sector last week you’ve reached a point in where it should be more about keeping things on track and the momentum going, but without any real need to reinvent the wheel or push yourself. That is still the case on the work front and it will remain that way until mid 2015, but the professional gods are far from having done their dash and are in fact building up for a grand finale. Mars’ return to your Business sector next Friday and a Full Moon in your income sector will see both you and your professional year catch their second wind, with things bursting back into life in a dramatic way and staying that way until March. Make the most of this quiet week, with the Moon’s return to your Business sector on Friday bringing some valuable clues.

The tide finally finishes turning on the professional front this week and the timing couldn’t be better. Chiron’s direct turn in your Business sector on Monday does mean that moving into the new week really is a chance for a fresh start and to shift your focus to the future and road ahead, but turning direct on the very day that Saturn moves into his final month in your work sector is a call to start bringing this professional year home. At this point the real shift that Chiron’s direct turn brings is your professional perspective and with Mars not returning until the New Year, at this point it’s more about looking ahead. But what this does is create the right vision as you work to bring things home on the work front, something that needs to be accomplished before Christmas.

By any measure you’ve reached a completely game changing week for work matters, something that can’t help but influence, in a positive way, the forces in play on both the Business and income fronts. The focus will always be on work matters at this time of year, thanks to the Sun’s return to your work sector over the weekend, but with the weekend’s New Moon still in effect as you move into the new week, this will create a chance to draw a line in the sand. The Sun has only been in your work sector for a few days as you move into the new week, but the solar spotlight will have already revealed the work in progress so far and with Saturn returning on Christmas Eve, just how much is possible. Until Mercury returns on Friday keep your mind and your options open, refusing to over think things.

As Mars spends his last full week in your work sector the question you should be asking ‘why not me’? Why shouldn’t your wildest aspirations come true and why shouldn’t you reach for the stars? When Mars leaves next Friday he won’t be back until 2016 and with very little planetary activity in 2015, except for Pluto keeping things ticking over, the time to throw yourself into the things that excite you, your drives, passions, fighting and competitive spirit is now. While there is a sense of urgency, it’s not about bringing things home, although you’ll have plenty of support over the next 2 months and is more about throwing your hat into the ring, sending a clear message to the professional gods that says ‘count me in? If you try nothing and do nothing, then that’s what you’ll get back.

This week’s stars not only create an opportunity to look at the things that will make your life as user friendly as possible, but to take work/life balance issues seriously. When Mars returns to your work sector next Friday and especially with a Full Moon in your Business sector just 2 days later, your professional year will catch its second wind, bringing a dramatic increase in the pace, keeping it that way through to March. In short, life’s about to get a lot busier and a lot more professionally focused, yet home and family matters are already becoming a lot more important and they’re destined to stay that way. The Moon’s return to your work sector on Thursday will give you a chance to get your bearings, as well the clues needed to start lining up at the right doors before they open.

Neptune’s direct turn in your work sector on Monday couldn’t come at a better time, with the tide turning and the past letting go its hold on you just as Saturn moves into his final month in your income sector. At a time of year when it’s more about the money, with your focus shifting to the road ahead you’re able to focus on where you’re going rather than where you’ve been. However, as is the case with Neptune, who turned direct in your work sector 8 days ago, Chiron will remain at a crawl all week and for several more weeks, to a point where you probably won’t hit your stride until Mars returns early in the New Year. This gives you a chance to focus on bringing this professional year home in a slow and measured way, but one that is focused on the New Year and on where the money is.

At the same time that Uranus and Jupiter, the two planets guiding all things professional are slowing down, Uranus ahead of his direct turn in your work sector on the 22nd December and Jupiter ahead of his retrograde turn in your Business sector on the 9th December, income forces are thundering ahead. There is such a strong coalition between income, work and Business forces that this is more a case of professional matters reaching their peak and no longer having to push so hard, while income forces take up the slack. The Sun’s return to your income sector over the weekend and the New Moon that is still in effect as you move into the new week, is making it more about the money, with the money gods stepping up to the plate this week. This brings a need to let things play out naturally.

With a Full Moon in your work sector earlier in the month, the professional gods have played their final wildcards, putting everything on the table and bringing you to a point in your professional year where it’s more about bringing things home, but also where it’s more about the money. With Mars, warrior planet of the cosmos spending his last full week in your income sector he’s urging you to take a sledgehammer to any remaining glass ceilings, confident that there is back up on the way. At the same time this gives you a chance to line up for your 2015 professional year, using the hindsight gained from this year to start looking for new challenges to conquer. While 2014 has been a fairly low key professional year, the professional gods have something much bigger planned for 2015.

Capricorn Business Horoscope
Thanks to the Moon’s visit to your Business sector last week you’ve been able to tie up a lot of loose ends, put a lot of things into perspective, get a sense of which way the currents are moving and of where to from here. While the Moon will make one more visit to your Business sector this year, for the most part the professional gods have all their cards on the table, with one last remaining wildcard more focused on work matters. It’s not just that a Full Moon in your work sector later next week will give work matters a push and bring anything building behind the scenes to a head or tipping point that will make this a significant event, but what’s happening at the time. For with Mars returning to your income sector next week this will be the right push at the right time.

Aquarius Business Horoscope
With the Sun and Venus having left your Business sector last week, Mercury due to leave on Friday and Saturn moving into his final month on Monday, it really is time to start bringing things home. With Saturn leaving on Christmas Eve, a heavy professional focus that has been in effect 24/7 for over 2 years now is not set to follow you into the holiday period or into the New Year, with the professional gods wanting things done and dusted before Christmas. While this is good news in terms of a chance to finally take your professional hat off over the holiday period, it means that everything needs to be sown up before then, with no provision for holding anything over into the New Year. While money may be the driving force now, the professional god’s will take over the reins in the New Year.

Pisces Business Horoscope
Moving into the new week with the Moon in your Business sector will always give you an advantage, ensuring your professional instincts are sharp from the get go, yet with the weekend’s New Moon still in effect this is also a chance for a fresh start and to draw a new line in the sand. The Sun only returned over the weekend so this is still the early days of your annual professional review, but with so much water already passed under the bridge and Saturn returning on Christmas Eve, this is not going to feel like another run around the black. Mars has already moved through, Ceres has been here since late October and Venus since early last week, together fuelling your professional desires, passions and fighting spirit, along with a chance to redefine your definition of success.

6 Exercises To Build A Six Pack