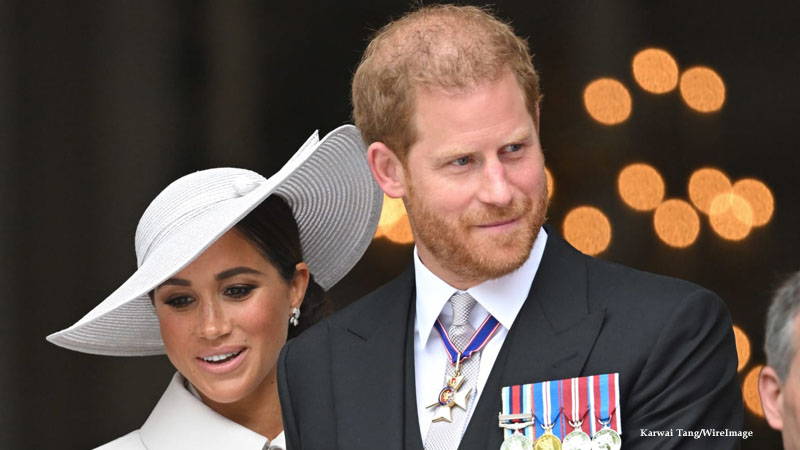 Old pals of Prince Harry frequently express their surprise at how he changed from a fancy, politically incorrect party animal to a watchful social justice advocate in Los Angeles to The Daily Beast. The Daily Beast is aware that fewer and fewer of Harry’s old friends still keep in touch with him on a daily basis, as seen by the metamorphosis.

Now, author Tom Bower describes one of the first instances in which Harry’s old and new worlds collided, as well as his old friends’ surprised reaction to his unlikely new girlfriend, in the most recent excerpt from his new book on Harry and Meghan, Revenge: Meghan, Harry and the War Between the Windsors.

In an excerpt from The Times of London, Bower claims that shortly after Harry and Meghan’s relationship became known, the author invited 16 of his closest friends and their wives to Sandringham, the Queen’s opulent Norfolk estate, for a shooting weekend. The group, which included a disproportionate heavy on landowner Old Etonians, was “connected by common assumptions, principles, and loyalties,” according to Bower.

Meghan was not amused.

Bower writes: “He hadn’t anticipated Meghan’s reaction. Their jokes about sexism, feminism, and transgender people went through the living rooms and dining rooms. Without hesitation, Meghan challenged every guest whose conversation went against her values. According to some of Harry’s friends, she reprimanded them. again and again about the slightest inappropriate nuance. No one was exempt. Harry’s world wouldn’t be her world.”

Bower says the group sent each other surprised text messages after the party: “OMG, what about HER?” one said, “Harry must be crazy.”

When the couple attended the wedding of Tom “Skippy” Inskip, one of Harry’s oldest friends, in Jamaica, a similar struggle between Harry’s old and new worlds could be seen.

Meghan again didn’t get along with the wider group, which included the parents of his old friends. Bower says: “Not only did she bicker about the food, but she acted ‘princess’ and refused to make contact with Harry’s friends, some said. ‘She wasn’t interested in us,’ said one mother.