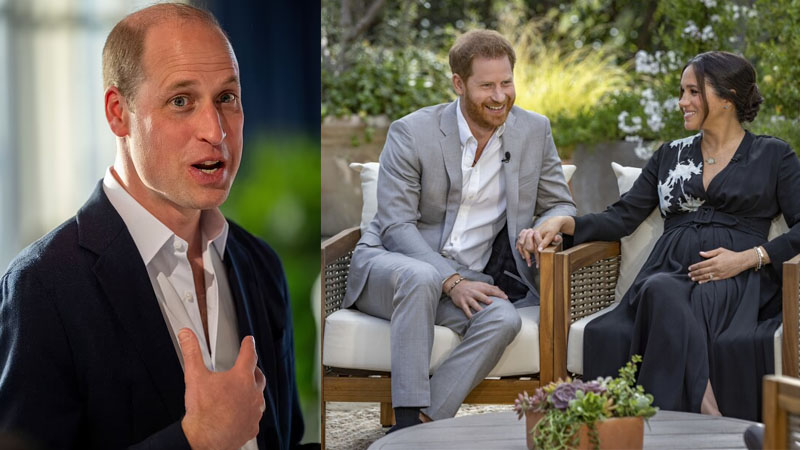 During a walkabout at Windsor with their wives, Kate Middleton and Meghan Markle, Prince William and Prince Harry, united in grief, put an end to all family disputes and paid their respects to the Queen.

The “Fab Four” met with hundreds of well-wishers while walking together. Prince William treated his brother and sister-in-law with kindness at the state funeral at Westminster Abbey.

During their dinner with the future King and Queen of England, the Duke and Duchess of Sussex reportedly had private conversations. The brothers’ frequent interactions were hopeful signs that they were moving toward patching up the broken family bond.

Prince William, according to a source close to the two princes who spoke to The Sun, is still in a terrible situation. The royal insider shared Prince William’s brutal side of the story by saying that he still has trust issues when it comes to his brother and added: “After the Queen died, both brothers understood that they had to put personal feelings aside for the sake of their grandmother.

Both men have tried, but on William’s side, he just does not trust his brother or sister-in-law. How can he have frank conversations with Harry when he is worried one or the other will misinterpret what’s said, take offense and/or talk about it publicly?”

According to the person with knowledge of the matter, Prince Harry felt isolated within his own family and is still waiting for an apology from the senior royals who hurt him and Markle.

The royal insider stated: “This inevitably means that Harry was shut out from much of the business of state with William and Charles in the days after the Queen’s death. Their view is that Harry chose this path and so cannot be involved. From Harry’s point of view, he still wants an admission from both the family and the ‘men in grey suits, as he calls them, that he and his wife were wronged.”

The person concluded by saying that Prince Harry viewed his stay in London as a punishment and continued: “He doesn’t trust the institution and has repeatedly said he felt stifled and, towards the end, persecuted. He has really struggled these past few weeks and has felt he’s done his duty to support his father. Yet the debacle over uniforms and reception invitations has really not helped and has just reinforced his sense of loss and inferiority. He felt as if he was being punished by the Firm.”

It is clear that reconciliation might not happen anytime soon.

Investors are threatening to withdraw their money from the troubled Trump startup as they play hardball with it: REPORTS

Thomas Markle blasts Meghan and Harry: ‘Everything they do is for money’