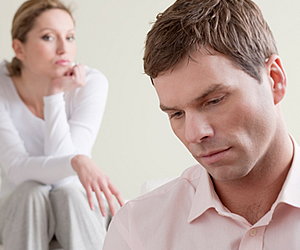 Breakup is a decision after a long phase of different feelings and then you take the decision of breaking up. Well breaking up with your girlfriend shouldn’t be like a brick thrown direct at your girl but there should be an adequate way of saying and indicating what you want to say, because what you will say to her will have a deep damaging impact on her and breaking up with a proper manner lowers and minimizes the damage.

So, let me tell you a few tips for breaking up with her that will help to minimizing the blow, firstly it is knowing what to say to her. That is  very much important because the breakup talk should  have the proper words and tone. It would be much better if you learn the words and rehearse them, plus practice the tone it should not be cold enough and the language especially like it should not be harsh because these will surely be the words she’ll remember.

Secondly the place where you want to have the breakup talk matters, as it should not be the most romantic place or her favorite spot but a neutral spot, also keep in mind that if she is free for an hour or so because that talk that you will have with her will leave her thinking and crying.

Be specific and true to what you say, because when you are backing out from a relationship it is no doubt a huge deal, just tell her the exact reason why are you breaking up with her but in a sugar coated version, because these breakup lines will have some lasting effect on her.

Don’t blame her or yourself of ending the relationship, especially forget that line “it is not you, it is me” avoid that blaming part and be empathetic, put yourself in her shoes and you will anticipate her questions.

The selection of words and tone should be in a way that don’t ends up the conversation into a fight, girls are emotional so she might lose her temper during the breakup talk, so have the stamina to listen to what she wants to say and don’t ask her to calm down because that will be the point where she would want to kick your butt. Secondly don’t get hyper if she cuts off your speech because she will be too emotional during the breakup talk that she will lose temper and will cut off your speech.

These things that I mentioned play a very important role if you want to have a gentle breakup with her, after it give her plenty of physical space, as she will surely go to the places where you two have been together, so try not to have that plus, never ever discuss your new relationship and don’t use the line “we can still be friends” because this sentence is like a major disgusting blow at her. Breaking up is no doubt a hurting phase for any of the two persons and to end this relationship it should be peaceful.

Valentine Ideas For Your Love

5 Ways to Liven Up Romance at Home DATING