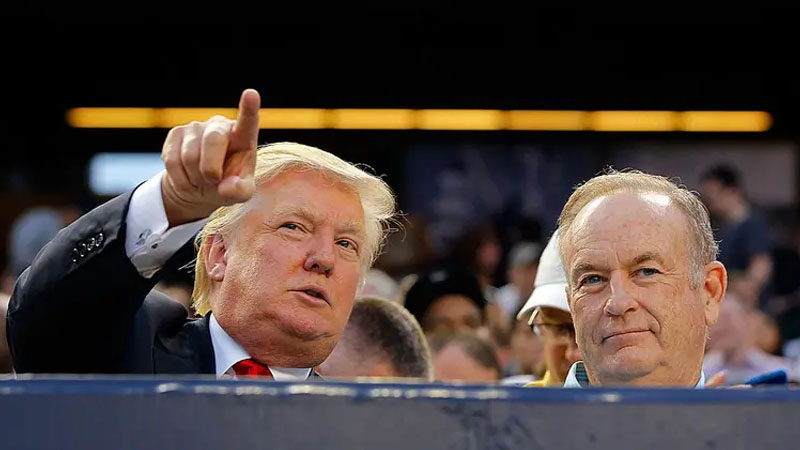 On Sunday, former President Donald Trump and radio and television personality Bill O’Reilly will arrive in Orlando for “The History Tour.”

It is supposed to be one of four trips the two will make around the United States, including one in Sunrise, Florida on Saturday. The next weekend, they would travel to Texas.

“These will be wonderful but hard-hitting sessions where we’ll talk about the real problems happening in the U.S., those that the Fake News Media never mention. I will be focusing on greatness for our Country, something seldom discussed in political dialogue.

If we don’t make our country great again, we will soon no longer have a Country! I look forward to working with Bill, who right now has the #1 bestselling book, to openly discuss the real problems of our Country, and how to solve them. Additionally, it will be fun, fun, fun, for everyone who attends!” President Trump said on Bill O’Reilly’s website when the tour was announced over the summer.

O’Reilly further added that “my job as a historian/journalist is to get important things on the record in a fact-based way. These conversations with the 45th President will not be boring.”

Tickets are $100, and a limited number of VIP and premium tickets will be available. The event begins precisely at 3 p.m., with doors opening at 12 p.m.

As per Fox35orlando, to facilitate additional security checks, guests are encouraged to arrive when doors open at 12 p.m. or immediately thereafter. More information can be found here.

‘F**k You’: Rittenhouse Hits Back at LeBron James After Basketball Star Doubts Tears in Court

World Reacts to Russia Recognising the Independence of Donbas Republics

Biden continues his criticisms of Trump: “It appears that the White House is going to continue to be bullish”