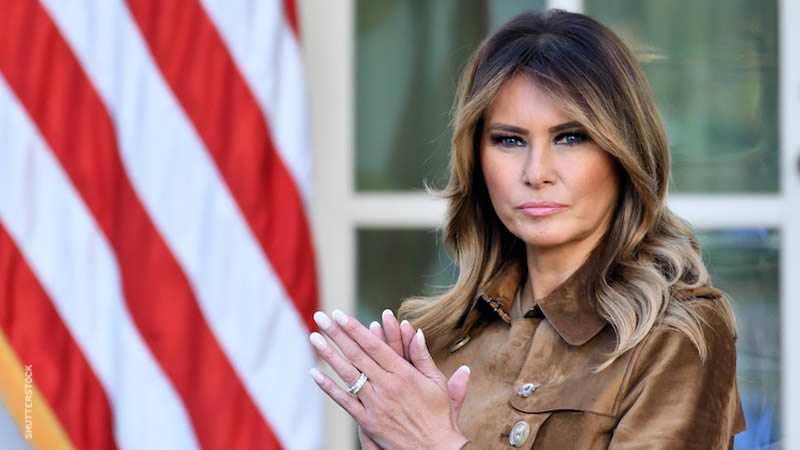 Her written declaration that she was “unaware” of the riot on January 6, 2021 as it was happening has come under fire.

According to Yahoo!, she signed the statement that was released on Thursday, and social media users focused on that. They pointed out how remarkably similar it is to her husband Donald Trump’s.

Writer and radio host Bob Cesca zoomed-in an image of the signature, and tweeted, “I mean, what the h***?” He noted that Melania’s “signature looks exactly like Donald’s. You don’t think that’s weird?” Another Twitter user said that it’s so weird how the former President and his wife have “such a similar ‘spiky’ signature.”

The user added, “Who could have foreseen that two human beings who ended up married would have identical handwriting…”

Another Twitter user tagged the Justice Department and the Jan. 6 committee’s official accounts in a tweet. In the tweet, the person asked is “forging someone’s signature legal? This isn’t Melania’s signature. It’s Donald’s.”

A 2018 article in which Sheila Kurtz, a handwriting expert, remarked that the similarities between the two signatures were “amazing,” was also cited by many Twitter users. At the time, Kurtz said, “This is stylized.” She noted of Melania’s sign-off on a letter to actress Pamela Anderson. The expert added that it is uncommon for spouse’s signatures to mimic each others’. She noted that maybe the couple brought “someone in to show her how to do it or (it’s) a stamp, but it is definitely stylized.”

The signatures have been a topic of discussion among amateur handwriting analysts for a while. Ashe Short, Senior Editor at Daily Wire, posted a picture of a White House greeting card back in November 2018. Melania’s signature “looks a lot like Donald’s,” the journalist noted.

Later, the creator of Nieman Lab, Joshua Benton, emphasized how strikingly similar a holiday card allegedly signed by Donald Trump and Melania was.

And now, people are again reacting to the Former First Lady’s signature, according to The Wrap. It all started with her new written statement in which she said that on the day of the insurrection, she was “fulfilling one of my duties as First Lady of the United States of America.”

She shared that accordingly, she was “unaware of what was simultaneously transpiring at the US Capitol Building.” She noted that as with all First Ladies of the U.S. who preceded her, it was her “obligation to record the contents of the White House’s historic rooms, including taking archival photographs of all the renovations.”