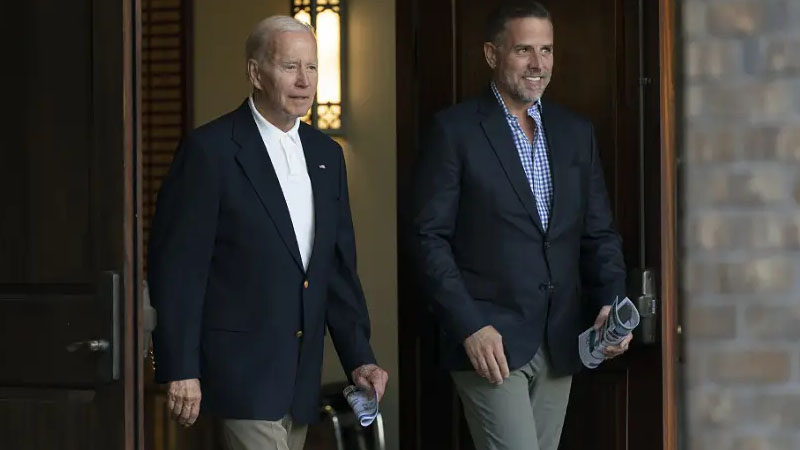 The Washington Field Office assigned Timothy Thibault, the FBI agent accused of interfering with an investigation into Hunter Biden, as the “point man” to manage whistleblower Tony Bobulinski, the first son’s former business partner, before the 2020 election, but he suppressed his damning revelations, according to sources.

On Oct. 23, 2020, Bobulinski was secretly interviewed by the FBI for more than five hours about his inside knowledge of then-presidential candidate Joe Biden’s involvement in his son’s business deals with China.

According to an email found on Hunter’s abandoned laptop, the previous day he revealed in a press conference that Joe Biden was the “Big Guy” due to get a 10% cut of a lucrative joint venture with Chinese energy firm CEFC.

Bobulinski turned over to the FBI the contents of three cellphones containing encrypted messages between Hunter and his business partners, as well as emails and financial documents detailing the Biden family’s corrupt influence-peddling operation in foreign countries during Joe’s tenure as vice president.

But his evidence appears to have gone down the same black hole as Hunter’s laptop at the FBI, never to be seen again. Bobulinski’s FBI interview came a week after The Post published material from the laptop, including the “Big Guy” message and an email from a Ukrainian energy company executive thanking Hunter for organizing a meeting with then-VP Biden in Washington in 2015.

Bobulinski was told to drive into an underground parking garage at the back of the nondescript, eight-story building in northwest DC, one mile from FBI headquarters, on the day he went to the FBI’s Washington Field Office, 11 days before the 2020 presidential election.

He was met by FBI Supervisory Special Agent Giulio Arseni and James Dawson, then-special agent in charge of the Criminal and Cyber Division. They handed him over to two younger agents, William Novak and Garrett Churchill, who conducted the videotaped interview and provided Bobulinski with a receipt for his digital data.

He told them about the work Hunter, his uncle Jim Biden, and partners James Gilliar and Rob Walker did during Joe’s vice presidency in 2015 and 2016, when they used the Biden name to help CEFC expand into Oman, Romania, Georgia, Kazakhstan, and other countries.

He told them about Hunter’s lucrative personal relationship with CEFC chairman Ye Jianming during the company’s $9 billion acquisition of Russia’s state oil giant Rosneft. After the deal fell through, Ye was arrested in China in 2018. CEFC was the capitalist arm of China’s Belt and Road Initiative, which sought to expand the Communist regime’s global influence.

Jan. 6 committee to add hearings until July as new evidence pours in