The average megayacht burns more than 130 gallons of fuel per hour—and that’s when the boat is idling. Needless to say, megayachting is not the most carbon-friendly of billionaire pursuits. But now, the folks at Feadship have come up with a more green-friendly alternative: the hybrid megayacht.

Feadship, the prestigious Netherlands-based yacht builder, has just launched “Savannah,” the world’s first true hybrid megayacht. On the outside, the 273-foot ship looks like a typical diesel-guzzler, with five stories, a swimming pool and massive decks.

But a peek under the hood (or hull) reveals a ship with a highly advanced power system. It’s got a single diesel engine (instead of the usual two), three diesel-electric generators and a cluster of giant batteries. 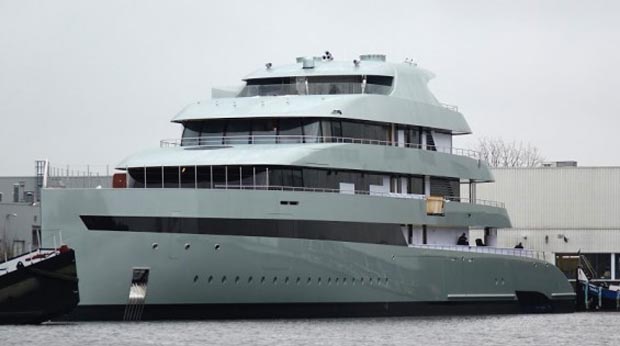 The result is a boat that’s 30 percent more fuel efficient than comparable vessels of its size. Feadship won’t give actual numbers for its fuel consumption. But it said that the power systems, along with the ship’s ultra-thin bow and highly advanced propeller design, give it a “cost-effective and cleaner mode of propulsion that can be achieved within an entirely bespoke superyacht.”

Henk de Vries, Feadship’s chief, said the boat’s power systems can change with various power modes. For midrange and shorter trips, you can use the electric mode, while for longer trips you can use all diesel. For higher speeds, of 13 to 17 knots, the ship can use a combination of generators and diesel, and for top-speeds of 19 knots, all three systems can kick in.

The batteries are lithium ion, and are capable of putting out 1 million watts. 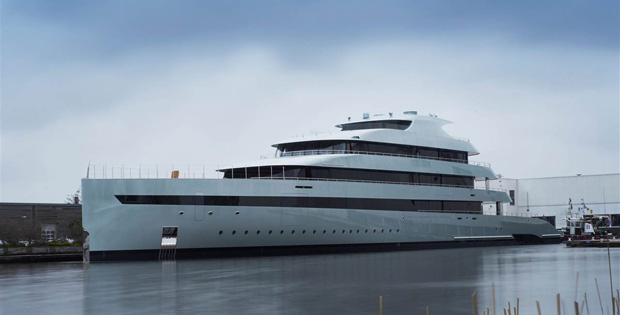 De Vries wouldn’t comment on the cost or the name of its owner. But yacht industry executives say the owner is a European, who was previously based in North America. The ship took nearly four years to design and build, with more than 1,000 people working on the project.

The interior has an “underwater lounge” where guests can watch the fish outside or see the underside of the 29-foot swimming pool. The room also converts into a cinema. There are interior lighting fixtures with as many as 10 different colors, lens types and positions.

In addition to the owner’s stateroom, there are four large guest suites and a VIP stateroom with a balcony. The boat also has facilities for 26 crew members.

The ship will be delivered sometime in the spring.