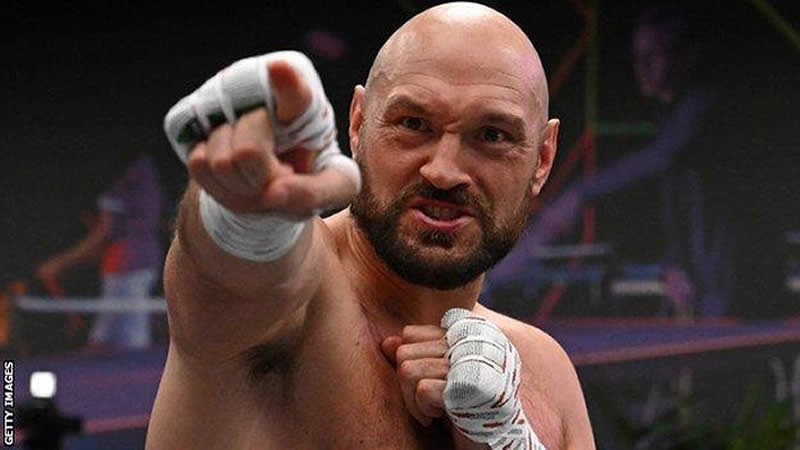 Fury may be ready to relinquish his boxing throne, but also teased a crossover fight with UFC heavyweight champion Francis Ngannou.

As per CBS Sports reports, on Saturday night, Tyson Fury added another chapter to his remarkable boxing legacy by knocking out Dillian Whyte with one of the sweetest uppercuts you’ll ever see, but the Gypsy King has revealed that the win could end his career.

Few believed Fury when he said he would retire after his bout with Whyte, especially with a possible unification battle against either Anthony Joshua or Oleksandr Usyk on the horizon.

“You know, I promised my lovely wife that after the Wilder 3 fight, that would be it and I meant it,” Fury said in the post-fight interview. “But I got offered to fight at Wembley at home and I believed I deserved and owed it [to the fans]. Now it’s all done. I have to be a man of my word and I think this is it. This might be the final curtain of the Gypsy King.”

However, following his sixth-round victory at Wembley Stadium, Fury reiterated his retirement plans.

“I think this might be the final curtain for the Gypsy King,” Fury stated in his post-fight interview with BT Sport.

“I’m one of the greatest heavyweights of all time.

“I have to be a man of my word, I think this is it, I promised my lovely wife Paris that after the Wilder III fight that would be it, and I meant it.”

We’re going to find out who is the saddest mother—er on the planet,” Ngannou said.

“This is going to be a very special fight like never before seen in the history of our sport. We’re not talking [about] two light guys, 140 pounds,” Fury said. “It’s going to be an explosive fight when it happens.”

Joel Embiid had a disrespectful gesture to refs at end of Game 4: REPORTS